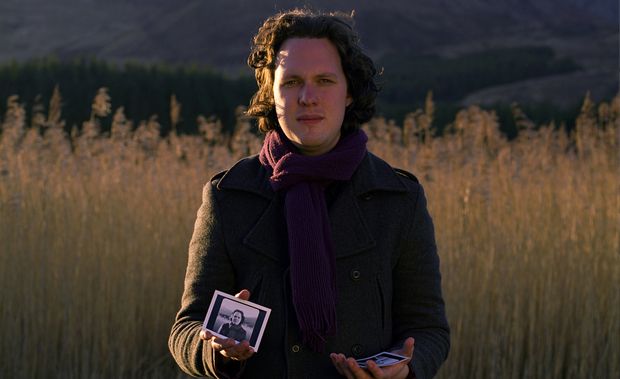 Alex Boyd is a Scottish photographer whose work has won critical acclaim from legendary figures such as Thomas Joshua Cooper, Harry Benson – who called his work “stunning” – and the Scottish Parliament who celebrated his series ‘Sonnets’ in a parliamentary motion, making him one of the few artists to receive such a recognition.

Boyd’s photographs have been exhibited across the UK, including a solo show at the Scottish Parliament, as well as internationally. His work made headlines in 2008 when it was displayed as 84 metre high projections on Europe’s largest building, the Palace of the Parliament in Bucharest. In 2011 the director Michael Prince made a short film about Boyd’s work with Makar (Poet Laureate) Edwin Morgan which was shown at The Glasgow Film Festival.

He is the recipient of numerous awards such as a Dewar Award in 2010, the Toscana Prize 2010, The Winston Churchill Memorial Trust 2012, and he was a finalist in the Renaissance Art Prize as well as the EU photographer of the year 2009. He is a Fellow of the Ballinglen Arts Foundation and of the Royal Society of Art.

Boyd is one of a new wave of artists experimenting with alternative processes in photography, and he has appeared on the BBC speaking about his recent work with wet-plate collodion. He is the new Artist in Residence at Sabhal Mòr Ostaig in Skye, and is currently engaged in a 2 year project documenting the edges of the Gaelic speaking world.

I’ve had the great fortune to have spent the last few years working and travelling across Scotland and beyond, and during that time I’ve had the chance to speak to Scots from across the diaspora about the things which matter most to them.

“It is therefore unsurprising that the topic of independence is never far from the minds of many of us. I’ve had spirited discussions with those who are for it, those who are firmly against it, as well as the more common view which seems to be of a people who are still seeking firm answers, and are both curious and cautious about the future.

“As the referendum in 2014 approaches, it is becoming increasingly hard to cut through the noise of endless political posturing, and to see the debate reported in a more balanced manner, in a way that the UK media has so far failed to provide.

“It is therefore vital that platforms such as National Collective play an ever increasingly important role in daily Scottish life, giving people the chance to debate the relative merits and problems that independence may bring, free of interference or bias from any political party.

“Independence is such an important decision for Scotland, with such wide ranging implications, that it really can’t be considered an issue for one party alone, and while the SNP have been the most vocal in bringing the pro-independence debate back into our homes, it’s important that other voices are heard before we approach the ballot box.

“I firmly believe in the fundamental right of Scots to self-determination, to give those who live within our borders the chance to make the decisions which directly affect our daily lives without interference, bias, or indifference from a London government which has consistently showed its true face over successive governments.

“Having grown up in towns all over the West Coast of Scotland, I’m all too familiar with the tensions that exist for those who live in places stripped of jobs, their purpose and of their industry, where card shops and charity shops stand beside empty lots, arts funding is quietly cancelled, and community services are gradually eroded by committee.

“I have watched as a generation of young Scots have felt helpless in these deprived areas, as my own brother in the search for work and a purpose joined the Royal Marines, a decision which has cost many of his close friends their lives in a succession of wars which have found little favour in our country. Yet all the while the UK government spends billions on weapons of mass destruction which creep silently from our lochs to destinations unknown.

“It’s time to see the Union for what it truly is – an outdated irrelevance which has done little that is positive for Scotland, and continues to keep politicians for whom we did not vote on the levers of power. No talk of tradition, of shared history and struggle, of empire, and no amount of cheap Union Jack bunting could make this any less true.

“An independent Scotland has so much potential just waiting to be released. Let us create a more secure Scotland, let us continue to lead the world in our pursuit for green energy, let us have the ability to finally control our own economy, let our artists, poets and authors continue to both excite and challenge, let our laws set benchmarks in compassion, understanding and tolerance, and let Scotland become known as a place of fairness and equality.

“Our generation stands on the edge of the greatest decision for Scotland that we will face in our lifetime. This could be our chance to effect real change, to build something we can be proud of, and to take Scotland into a new chapter of our history.

“We have already shown the world what generations of Scots, with unique imagination, talents and energy can achieve. Should we not also use the same imagination when it comes to our own future? Independence may not be easiest path available to us, however in my mind it is the only way that we can harness our true potential. Most of all we owe it to ourselves to see what Scotland can create when we stand together and take ownership of our future.

“In his poem “Open the Doors” commemorating the opening of the Scottish Parliament, Edwin Morgan reminded MSPs of the duty that they each owed to the people. It is a thought that I carry with me every day, and one that I believe each of us should carry forward into a new Scotland: “Don’t let your work and hope be other than great.”