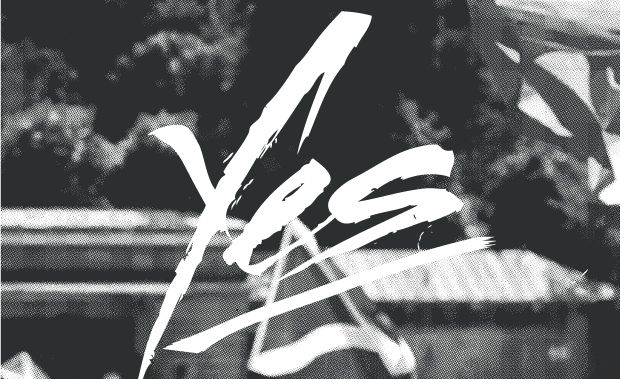 With the referendum details finalised the focus can finally move away from the mechanics of the vote and onto the meat of the debate. We have our work cut out for us though, in theory the NO campaign can win without attracting a single new voter, in contrast polling suggests that we have a 20 point deficit to overturn.

Bearing that in mind, the recent poll in The Herald made for particularly grim reading. The main finding was that support for independence had fallen 9 points in a year, from 38% to 29%. On top of that, it found that support for the union has increased from 44% a year ago to 53% today. The third, and possibly most concerning, point was that the number of people describing themselves us undecided has fallen from 25% to 19%. The results indicate that the arguments for YES are failing to resonate with undecided voters, the NO campaign has had a good summer, and fewer people are considering themselves undecided.

In contrast YouGov’s polling has been a bit more hopeful.

They recently found that 45% of people would vote YES if doing so made them materially better off, with only 35% saying NO. This is nothing new; the Scottish Social Attitudes Survey 2011 found that 65% would vote YES if it made them £500 a year better off. What is clear is that the vote will be as much about the money in people’s pockets as it is about identity or democracy. In that sense current support for both independence and the union should be seen as pragmatic rather than dogmatic. However, the most significant finding of the Scottish Social Attitudes Survey was that 46% would vote YES if their standard of living was unchanged, with only 32% voting NO. This says that there are as many people looking for independence to be stabilising as there are for it to be transformative.

This point is crucial to the whole debate. What it means is that even if we can convince these same people that they won’t be financially damaged by independence then they will be more likely to vote YES than NO. This point is supported up by long laborious debates with friends and family. For example, my parents, who I consider to be a pretty good barometer for the electorate, say their biggest concerns are about pensions and Scotland’s relationships with the BoE and Europe. Their inference is that if we can provide clear answers to these big questions then they would vote YES.

For that reason the positive economic case for independence has to be articulated as something far greater than just an anti Tory vote. I don’t believe that people will vote for their constitutional future on a party political basis, mainly because there will be a number of Labour, Lib Dem and Tory voters who support independence, and a number of SNP and Green voters won’t. One significant development is the founding of Labour for Independence, which can play a major role in engaging those who don’t identify with the SNP vision for independence.

There are still two years to go and of all polls need to be taken with a pinch of salt, but I always think it’s worth assuming the worst and working to overcome it. The key point is that the campaign needs to interact with the electorate it has rather than the one it wants. We need to listen to people’s concerns, no matter how trivial they seem, and focus as much on ‘bread and butter’ issues as we do on grand narratives. For the same reason all red herrings should be cast aside. If the Scottish Government has legal advice saying Scotland would definitely stay in the EU then it should be released. The longer that issues like that dominate the news the less chance there is to promote the YES case. Similarly, issues like monarchy and NATO membership are important, but they’re also irrelevant unless there is a YES vote.

So far Yes Scotland has done a very good job of building local groups, and that needs to continue. A Mori poll in June found that 70% feel ‘shut out from the debate’, and sometimes it’s easy to see why. People want to hear an honest message from a campaign that listens to their concerns and responds to them, and this has to come from the grassroots as well as politicians. The media operation will be important, but the strength of the campaign will come from our dynamism and breadth. Ultimately referendums are about numbers, and every vote is equally valuable, no matter where it comes from. Another way of looking at it is that if everyone who supports independence can ensure that they manage to convert at least one friend then YES will win by a landslide.