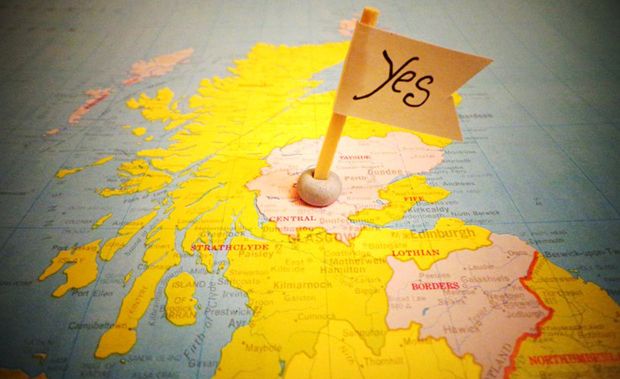 The Scottish experience like most places is filled with myths and delusions about who we are and what it says about us.

Unlike other places, Scotland also seems to have a deep-seated conservatism, lack of curiosity in others, and a profound insularity which sees Scotland as exceptional and unique.

This spreads across the political spectrum, from complacent social democrats to safety-first nationalists and unionists who never acknowledge that in the last two decades 24 new nation states have emerged from the end of the Soviet Bloc.

There is a powerful example of a nation which has tried to confront its own delusions sitting nearby: Ireland. It like us bought into the illusion of the never ending boom, fantasyland economics, property bubbles, and a culture of self-aggrandisement and self-promotion. Ireland endured a spectacular economic and banking crisis which also brought the political system and Fianna Fail’s decades long system of patronage, down with it.

The election of Michael D. Higgins as Irish President in 2011 – a socialist, poet and philosopher – and constant critic during the ‘good times’ of the ‘Celtic Tiger’ shows in the way Mary Robinson’s election in 1990 did, a society which has the determination to change.

There have been other examples with books, research and thinking on what all this means, most notably Fintan O’Toole, writer for the ‘Irish Times’ and his two best-selling books on the crisis, ‘Ship of Fools’ and “Enough is Enough’.

In ‘Ship of Fools’, O’Toole notes that what people did not take cognisance of was that ‘there was a price to be paid for skipping modernity’. This was that ‘large chunks of classic democracy were missing’ such as a proper ‘shift from religious authority to public and civic morality’.

His prospectus for change involves acknowledging the attempts by the Irish establishment to get the old show back on the road. ‘Nothing will change unless politics are reinvented’ he writes in the later ‘Enough is Enough’. This begins he believes with accepting that ‘five underlying ‘truths’ of Irish politics are not true at all’, namely, the myth of the republic, representation, parliamentary democracy, charity and wealth.

And he poses five things for ‘a new Irish Republic’ – security, health, education, equality and citizenship for every citizen. In the book’s conclusion he expands this to a manifesto for remaking Irish society in fifty items, most of which would not look out of place written about Scotland.

It is a salutary example for Scotland. We too were in the grip of collective delusion and have experienced the shock of the crash with RBS and HBOS. We also have a political and business establishment eager for restoration.

A Scottish revisionism would reflect that our home truths – egalitarianism, the democratic intellect and popular sovereignty – are myths and folklore. They make us feel comfortable and different, but they do not inform our practices.

What would a Scottish agenda for, if not ‘a new Scottish republic’, then ‘a new democracy’ look like? Five items like O’Toole should be enough to map out a radical break with the failed past and a different future. First, is political economy, the subject Scotland gave to the world through Adam Smith and others.

New Labour stopped talking about this, and Scottish politics have been disfigured by the pork barrel practices of the Block Grant and Barnett. We need to talk political economy, what business ethics and models should look like, and address the limits of Anglo-American hyper-capitalism.

Second, there is the issue of democracy and government. Scotland has never become in its history a fully-fledged democracy, with nearly one million Scots missing from our public debates: the younger, poorer ‘forgotten Scotland’. At the same time, as government has grown and got more invasive, it has centralised and standardised.

A good example is that until the 1940s local government was a rich patchwork of hundreds of authorities, whereas now we have 32 and maybe soon less. There is a direct relationship between this centralisation and our truncated, atrophied democracy.

Third, we need a social vision. We have at least two generations who have experienced systemic unemployment, exclusion and being marginalised and written off, while we have public health inequalities which go back to the first urbanisation of the West of Scotland. We even have some world-class research on this, but we don’t do anything about it; we don’t connect the policy evidence to the practice to mobilising agencies, government and people to heal our fractured Scotland.

Fourth, public life is not all about politics and we have to recognise the relevance of the personal, relationships and psychology. Across too much Scotland there us a deficit in empathy, respect and understanding others from our most deprived areas to TV studios and newspaper columns. And some of this has a gendered dimension in that some Scottish men seem to have a problem with modern life.

Finally, all of the above links to where Scotland wants to position itself geo-politically. We will always be part of ‘the Anglosphere’, the English speaking democracies of the world, as Ireland has post-independence. But we can accentuate our other traditions and influences: as a Northern neighbour of our Nordic friends, and as a proud European nation and partner.

Lets borrow from inspiring examples from our neighbours, The Norwegian Sovereign Wealth Fund gives a percentage of its funds to address international conflicts; we could do the same with an Oil Fund for the Mind at home and abroad. The Finns, a society even more authority and permission based than Scotland saw their government launch ‘Mission for Finland 2030’, an imaginative exercise on the future, which they handed over to others. And the Icelanders have just crowdsourced their new constitution, showing that you don’t need to continually invoke the memory of the Scottish Constitutional Convention to realise a participatory democracy.

A challenge to all the politicos, professional and non-professional, over the next two years is to look at our myths and delusions, challenge them, and break out of our comfort zones and insularity.

Our political destiny and choice cannot be between a SNP vision for Scotland as a self-governing Parliament and one public authority for each service delivery, police, fire, social work, health, in an independent nation, and a Labour vision exactly the same, but sitting in the union.