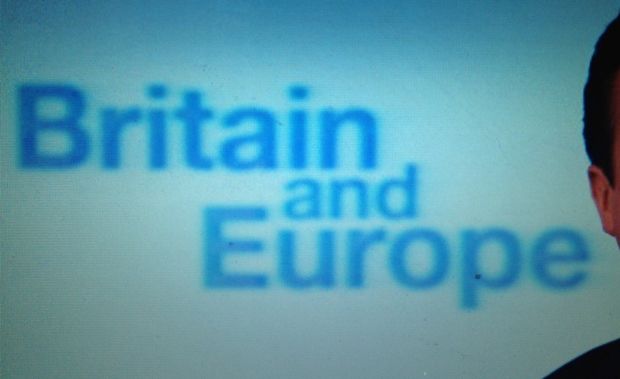 Since David Cameron announced an EU referendum for 2017 the response from most of the left has been to criticise him for caving-in to an undesirable coalition of right wing backbenchers and UKIP voters. Twitter has been as animated as ever, with activists on both sides of the Scottish debate seeming to agree that Cameron has made a mistake. The SNP has gone further, with Angus Robertson saying:

Only a Yes vote in 2014 can secure Scotland’s successful future as an independent country and a guaranteed member of the EU.”

Better Together’s initial response was to issue a politically neutral statement that downplayed their divisions on the issue. In contrast Yes Scotland has claimed: “One of the central pillars of the No campaign’s case, is now crumbling, with the anti-independence parties split on our EU future.” Since then they have supported the SNP’s line, and in doing so appear to have ruled out supporting a vote on Scotland’s EU membership. However, as a supporter of Scottish independence I think that such a referendum should be welcomed. I also believe that in the event of a YES vote in 2014 the Scottish Government should commit to holding a referendum on Scotland’s EU membership in 2017.

The main reason is simple: there’s substantial demand for it. The latest YouGov poll found that 51% of Scots agree that “Britain should renegotiate our relationship with Europe to get the best deal we can, and then hold a referendum on whether to approve the new relationship or leave totally.” The same poll finds 55% of Scots agreeing that David Cameron is right to seek a new relationship with our European neighbours. These numbers are hardly unique: another poll from the same organisation suggested 59% of Scots backed a poll.

The second reason to support a vote is that Scotland’s relationship with the EU is likely to change post-independence. If one thing has become clear from the last few months it’s that Scotland will need to negotiate its EU membership. Negotiations will probably take place from within the EU with the government estimating they’ll be over by 2016. However, the terms agreed will be unique to Scotland, and so they should be ratified, or rejected, by the Scottish electorate.

The third, and final, reason to support a referendum is because it would be consistent. What better way for an independent Scotland to establish itself on the world stage than to let its electorate make a major decision about Scotland’s relationship with the world? Not only would this be a sign that politicians trust the people, it would also finally put to rest one of the big issues that has hung around British politics for decades. Surely if the deal the Scottish Government negotiates is bad and a majority of Scots want to leave then that’s what should happen?

Why should the Scottish Government be willing to let Scots vote on their relationship with the rest of the UK but not the rest of Europe? The SNP’s response has been that they support EU membership so they don’t support a referendum. However, this point is a bit disingenuous when you consider how much energy was spent on lobbying unionist parties to support a vote on Scottish independence. Were the unionists right to ignore public opinion in that instance? Similarly, Nicola Sturgeon’s argument that an EU referendum will lead to uncertainty among the business community is exactly the same charge that Better Together are making against the SNP in relation to 2014.

There’s no reason to believe that a vote on the EU would result in a new era of Scottish isolationism. While there is demand for a referendum there is also generally higher support for the EU in Scotland than across the rest of the UK. This is supported by YouGov, whose latest report found only 36% of Scots supporting withdrawal. One outcome of an EU vote in an independent Scotland could be to act as a unifying point after a potentially divisive referendum. All major political parties would probably campaign together for a YES vote, but more importantly it would allow the electorate to engage in a serious debate about the kind of Europe they want and Scotland’s role in it.