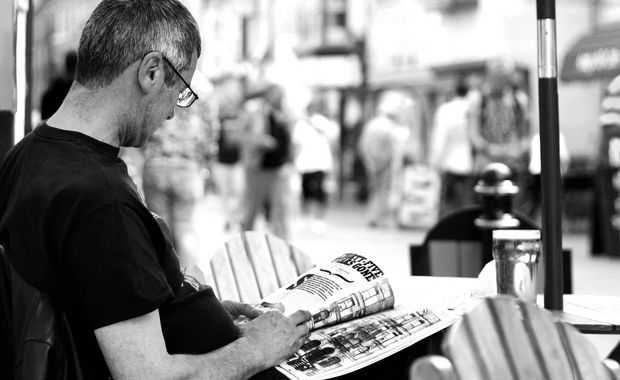 The received wisdom is that people decide on how to vote for government, and will decide how to vote in Scotland’s independence referendum, according to which choice they believe will serve them better financially. Indeed, this time they have even put a figure on it – apparently surveys say that being 500 quid a year better off would convince a majority to vote ‘Yes’.

Apart from my reluctance to believe that most of my fellow citizens are quite so shallow and grabbing, this proposition doesn’t ring true with experience. Granted, the economy is accurately quoted as a major concern for most, but this tends to be about much bigger impacts than slightly-better-or-slightly-worse-off. Most people you speak to who shift parties on economic grounds do so to as they fear for their job or their house or their children’s welfare; to borrow Herzberg’s terminology from the workplace, hygiene factors rather than motivators. Life-changers. The idea that we would decide the question of a lifetime on the basis of a tenner a week, for me, doesn’t pass the smell test.

Ask most folk about their politics and, if they vote, they vote for those with whom they believe they have most in common – the people who they feel that they align with on an emotional level. They haven’t made any calculations. And, by and large, this common ground is mostly around what they are against; what makes them angry or fearful, and the hope that it could be made better.

Troubled by benefit fraudsters or the work-shy, immigration or Brussels? Fat cats, benefit cuts, and private schools get you on your high horse? Outraged by too much, or not enough, gay rights, contraception, or godlessness? Chances are you vote for those you perceive to make the same complaints. Partially because they’re your best hope of seeing the change you want in society, and partially because if they agree with you on your pet peeves then they must, by extension, be a better bet to decide everything than the other lot. It makes sense to believe in people who agree with you, and it’s certainly more admirable than voting with your wallet. It’s how I’ve mostly voted and, I think, if you’re honest, you too. (Ok, not you. Yes, you, exception-to-the-rule boy there. OK, we’ve all seen you. You can sit down now.)

You might legitimately ask what all this has to do with the referendum. After all, we’re not voting for a government. None of those issues will be resolved, or even addressed, in 2014. Politicians will next canvass for our votes on policy matters for Westminster in 2015, and Holyrood in 2016. Until then, we have our executives and legislatures in place in at both parliaments.

Well it begs the question, what are our emotional responses to the idea of independence? We won’t all of a sudden become rational, analytical, well-informed judges just because it’s a referendum rather than an election. It feels like we should, it feels more important. Certainly, a damn sight more of us are seemingly intending to vote to decide who will elect our future governments (the people of Scotland or the whole of the UK), than take a blind bit of interest in voting to actually elect our governments. Still, it seems optimistic to hope that most will actually find the time and the inclination to become sufficiently informed to decide on the merits. Crucially, what are the hopes and fears around the independence question of people who have lived most of their lives without feeling committed either way? And how will these affect what, and who, they choose to believe?

Based on the extensive but unscientific research of many ‘vox pop’ sessions, some typical ‘Yes’ drivers are: Scottish patriotism; feelings of disenfranchisement or powerlessness; anger at perceived lack of ‘fairness’ at Westminster; hope of a new beginning; opportunity to make a better life and society. Common ‘No’ drivers are: British patriotism; fear of the unknown; feelings of loss of a sense of togetherness or Britishness; security of the familiar; desire to be a part of something bigger, not ‘out on our own’.

Of course, most people will be subject to both sets of emotions, and all of them, as feelings rather than rationales, are equally valid. Overall, they point to a default position among those who don’t have a strong previous preference: “I’m insecure about change, and unless I can see tangible and sizeable advantages, I’ll feel safer with no change, thanks.”

But here’s the rub. The Yes campaign are at pains to point out that we will retain the Queen, the Pound, the EU, NATO, that things will be as normal. And we are fed a daily diet of imagined worst-case scenarios about what could go wrong if Scotland finds itself all alone, without a friend or ally in politics or business, as if they were realistic probabilities.

The Yes campaign can win as many arguments as they like, for the few who are listening. But which side is successfully pushing people’s buttons?