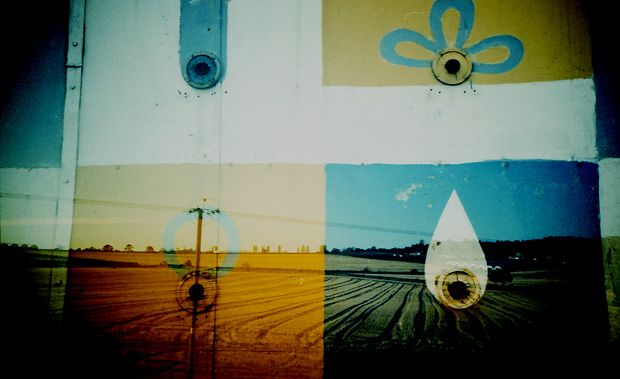 This is about more than our politics and our laws. This is about who we are, how we carry ourselves. In the quiet moments today, we might hear some echoes from the past: The shout of the welder in the din of the great Clyde shipyards: The speak of the Mearns, with its soul in the land; The discourse of the enlightenment, when Edinburgh and Glasgow were a light held to the intellectual life of Europe; The wild cry of the Great Pipes; And back to the distant cries of the battles of Bruce and Wallace”

Donald Dewar’s words at the Opening of the Scottish Parliament in 1999 continue to strike a chord with me not for their sentiments of Scotland’s past, but for their portrayal of the multifaceted nature of Scottish society and the sheer variety of livelihoods, lifestyles and communities that Scotland contains.

I have been lucky enough in my life to experience a number of the “Many Scotlands”. I grew up between the small industrial town of Bathgate and Torphichen in West Lothian (Billy Wolfe would occasionally give me a lift to and from school!) before the Central Belt was known as such. I grew up on a small council estate in a family that had a two week holiday every year, usually during “fair fortnight”, as a lot of families did. We didn’t know anyone who had been in a plane, though we knew quite a bit about Canada, Australia and New Zealand because (again like so many) we had family letters from these countries on a regular basis.

We therefore spent our holidays travelling the length and breadth of Scotland. Wild camping in the north of Skye, The Red Lion caravan park in Arbroath, a wee boarding house in Taynloan on the Mull of Kintyre, Lamlash in Arran, a B & B in Aberdeen, a rented croft house in Stenness, Orkney, and other destinations are places with wonderful memories for me. We did learn about the places we visited too – the geography, history, culture and language – not that we saw it as anything but fun at the time. As an adult, these experiences of Scotland have been complemented by living and working in Glasgow, Edinburgh, Inverness and Ullapool.

Although the growth of cookie-cutter housing schemes can make swathes of urban Scotland seem identical, and the vast, sparsely populated expanses of the Highlands can lead some to think of the entire region (which is the size of Belgium) as socially, politically and economically homogenous, nothing could be further from the truth.

These generalisations cut both ways, of course; just as some are guilty of imagining there is a one-size-fits-all solution to the problems of disparate communities in the Highlands, there is an ever-expanding definition of the “central belt”, with some believing that the people of the Lothians, Strathclyde, Lanarkshire and even Fife, Kinross and Dundee share one set of views and priorities. This complacent attitude about Scottish society, where politicians, journalists and others can occasionally be guilty of making generalisations of Scots or of regions of Scotland, is perhaps one of the more challenging psychological barriers we face.

At an event in Helmsdale, North-West Sutherland, this week, Humza Yousaf MSP jokingly remarked that when his officials told him he was heading north, he thought they meant Stirling; although I know that Humza was being self-deprecating, given the knowledgeable and passionate speech he then went on to make about land reform, it did remind me of an idea I’d always had.

I’ve always believed that requiring all new MSPs between the time of their election and the opening of Parliament could put their time to really good use by travelling to parts of Scotland that are completely unknown to them (I would like to suggest by public transport, but that might mean swathes of the country remaining out of reach). Such experience would enable far greater understanding of the country that they were elected to govern.

From personal experience, I know that Parliamentary Committee visits to projects and communities affected by our work are of great interest and better enable Parliamentarians to make decisions and direct enquiries. I believe that a similar programme of visits, taking in as many constituencies as possible, would also have a lasting impact, not least in building cross-party ties that could perhaps help to unite politicians of all stripes in the Chamber.

We must do what we can to encourage our young peoples’ natural curiosity about their country, and our politicians’ desire to do the best job they can for all of Scotland, and encourage both groups (and others) to explore Scotland, whether they do personally or through schools and Parliament. There’s an open door waiting to be pushed, and the nooks and crannies of Scotland hidden behind that door are well worth exploring.

National Collective is currently running a fundraiser to help us produce campaign films, design infographics, print posters for shop windows or university campuses, and attract more artists and creatives to take part in our ever-growing list of projects. Help support the arts campaign for Scottish independence.