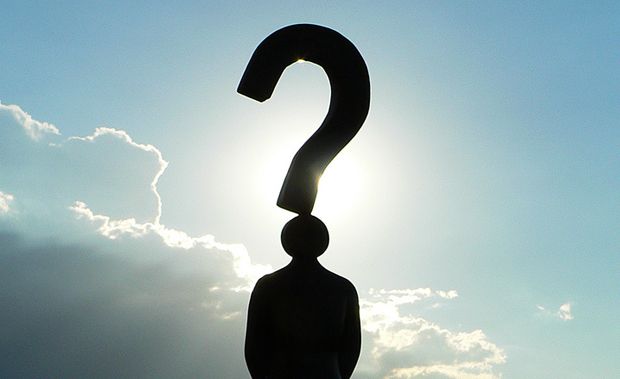 I have two children. My eldest son is just about to leave school and I am worried about his job prospects. Should I lie and tell him that that things are going to be okay?

Aunty Scotland Says – Indeed, times are tough out there for many people, but it’s doubly unfortunate that you live in an area in which manufacturing was decimated. Be honest with your son about the employment climate, while being careful not to damage his optimism or confidence. Good luck!

Aunty Britt Says – Britain’s national “brand” perception has improved in the wake of the London 2012 Olympics! According to a study commissioned by tourism body VisitBritain, the UK’s “Nation Brand” moved up one place from fifth to fourth and some 63% of respondents said the Olympics had “increased their interest in visiting the UK for a holiday.” This is great news which will no doubt cheer up your son.

I’ve always been someone who likes a drink, but recently I have found that I’ve been drinking more. It used to just be social situations, but these days I am getting through a bottle of wine per night. Is this a sign that I might be an alcoholic?

Aunty Scotland Says – It’s not always easy to spot when you might have crossed over the line into alcoholism, especially since alcohol is such a social drug. Drinking alone and daily, however, are perhaps warning signs. Try and cut down your alcohol consumption to maybe two nights a week. See it as a treat, rather than a crutch. I’ve had my problems with alcohol too and my thoughts are with you.

Aunty Britt Says – So is the Duchess of Cambridge expecting a girl?? As the Palace has announced that the baby is due in July, Kate must be at least 23 weeks pregnant and an ultrasound between 18 and 22 weeks can reveal the sex for those who want to be told. Certainly a girl for Kate would mean that Carole Middleton would become the most powerful grandmother in Britain. Her influence is increasing to such a degree that some are suggesting that she and husband Michael be given a Royal title. We can all raise a glass of champers to that!

I have deep feelings of insecurity and doubt. I wake up depressed and don’t know why. I am convinced that I am inferior to others, despite the best efforts of people to tell me that I am valuable to them. Sometimes I find myself crying in the middle of the night. What’s wrong with me?

Aunty Scotland Says – Tell me about it! Depression is a very common condition and it’s important that you do not feel stigmatised by it. There are even theories that depression may be trapped creativity, the inability of the individual to express themselves because of their social conditions. So why don’t you attend a local art or creative writing class? The main thing is to keep talking to others about your feelings. You’d be amazed by the amount of people who feel the same way as you do (including me).

Aunty Britt Says – Skyfall, the latest James Bond film, has smashed through the $1 billion global box office mark! The spy adventure, starring hunky Daniel Craig as 007, has also become the first movie to earn at least £100 million in ticket sales in Britain. Dr Tim Stanley, who blogs for The Daily Telegraph, accounted for the film’s success: ‘We don’t want a “dark” James Bond film,’ he said, ‘We want snobbery with violence.’ So why don’t you treat yourself to a movie this weekend?

I have put on a lot of weight recently and it is affecting my self-esteem. I used to be cheeky and brassy, but now I sit in a corner of the pub and don’t want people to look at me. I can’t even pass myself in the mirror and have to get dressed in the dark so my husband will not see me. I’ve tried to lose the weight but I can’t.

What can I do?

Aunty Scotland Says – We are all concerned about our body-image these days, but bear in mind there’s a multi-billion pounds a year industry out there which aims to convince us women that we are fat and hideous, so we’ll spend money on cosmetics, diets and beauty magazines. Nonetheless, if it’s really getting you down, why don’t you go swimming, or even for simple walks every day? It’s also worth asking if you’ve been over-eating because of a deeper malaise. Is everything all right at home? Are there psychological traumas from your past that you need to sort through? Start from there, then you may naturally become more confident about yourself.

Aunty Britt – And now they’re eating swans! As wildlife carcasses pile up and immigrant camps are built on river banks, Peterborough residents are too frightened to visit their own park. This week, with spring in the air and flowers in bloom on the banks, few local people were brave enough to venture for an evening stroll along this delightful waterway, following disturbing allegations that Eastern European immigrants are eating the swans. It’s about time some greedy people just went on a fucking diet. Does this apply to you?

Aunty Scotland’s book If You Vote No There Will Be Nothing I Can Do To Help and Aunty Britt’s Oh Look, A Princess! are available from whatever bookshops are left on the High Street.