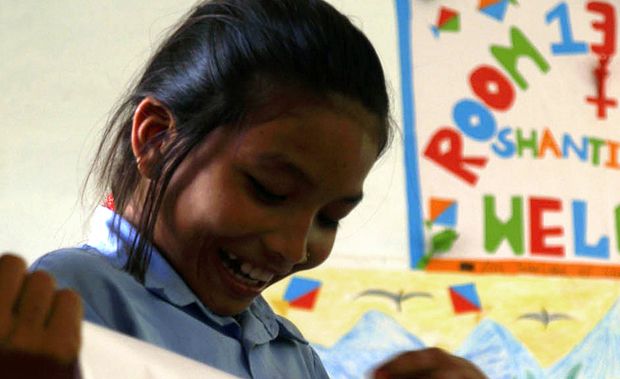 This week, I hosted an event in the Scottish Parliament to highlight the work of Room 13. It’s one of Scotland’s greatest cultural exports and success stories, but very few people have heard of it.

It all began back in 1994, when pupils at Caol Primary School near Fort William established an own art studio in “Room 13” in their local school. Even more impressively, the pupils decided to run the whole enterprise themselves, organising everything from sink cleaning rotas, to fundraising, to the purchasing of materials and the employment of an adult artist in residence.

This empowering concept of creative spaces, facilitated by schools and community groups but ran, organised and looked after by the pupils, has caught the imagination of artists, creatives, and many more across the world. With the help of TBWA Worldwide, an advertising agency who were hooked on the idea after watching a film about the original Room 13, here are now 21 “Room 13” studios worldwide, with studios in South Africa, Turkey, France and Canada to name but a few countries.

The organic, bottom-up approach taking by Room 13 to encouraging and facilitating creativity among our young people is absolutely to be commended. At the event in Parliament, current pupils running Room 13s in Caol and Lochyside Primary Schools spoke passionately and confidently about how much their studios meant to them.

Some of the work on show was simply mind-boggling, as was the creativity displayed by the students in linking other areas of learning, such as maths, geography and science, to their work in the studio. The interdisciplinary thinking displayed by the pupils was the Curriculum for Excellence in action and was incredibly heartening to see.

One of the guest speakers, Ruaridh, was a high school student and had actually decided to work with Room 13 as part of his Duke of Edinburgh Award. He was, in his own words, a “tearaway” who has found a home and a creative outlet in Room 13, and talked about how the project had brought out skills he never knew he had in poetry.

Of course, it’s not just artistic skills that are enhanced by Room 13. The confidence that pupils gain in their own abilities, and the opportunity afforded to interact with adults as equals, is absolutely invaluable. In a world where young people are often spoken at rather than spoken with, giving them the chance to innovatively engage with their own learning and to think outside the box has to be encouraged.

The audience were absolutely captivated by what they heard from both the pupils and others involved in Room 13. However, everybody was equally disappointed to hear that only three Room 13 studios exist in Scotland, and that such an innovative, fresh and revolutionary concept was not being more widely promoted and explored.

The potential for Scotland’s schools to act as creative petri dishes that connect our young people to the arts and culture and complement the rest of their education is staggering. There are many other benefits to the self-esteem of our young people and the cultural health of Scotland that cannot be quantified but would undoubtedly be boosted by more Room 13s.

This extraordinary organisation may not be right for every primary school, but is far from being just another art project. It should be known and considered by every educationalist. This is about showing Scotland as a worldwide leader in education, which in my experience is an accolade we can ignore or neglect.

There’s more information available at http://room13international.org , but there’s no substitution for a visit to one of the Room 13 Studios. Make an appointment and go and witness the quiet revolution for yourselves.