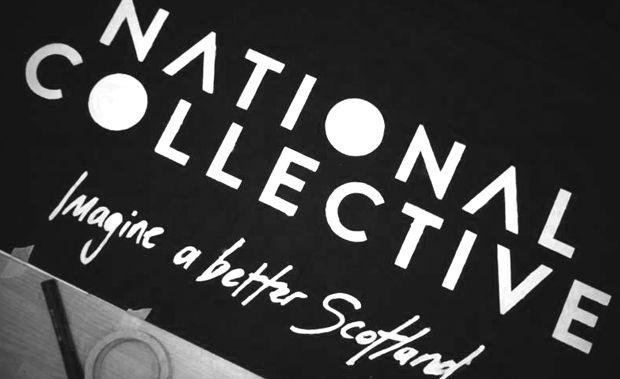 You did it. We have reached our fundraising target of £18,000. It was an ambitious target at a time when everyone is a bit skint, so we are especially grateful for the support. But of course, support comes in many forms and we would like to thank not only the 557 people who sent us money but everyone who shared our fundraiser on social media. Thank you.

It is now 500 days until Scotland decides. We only hope we can give a little colour and imagination to what will be amongst the most important 500 days in the history of our country.

In 40 days, including the 7 days in which our fundraiser was down, we have surpassed our £18,000 target. This is our start-up fund, and we will use the money carefully to make it work.

We are grateful to our donors, of course. But we also have to thank the world’s largest oil trading company, Vitol, for threatening to pursue legal action against us and giving us a bit of momentum. We didn’t advertise our fundraiser during this time, as we didn’t want to exploit the serious situation for cash. But sure enough the groats and bawbees kept coming in. In 48 hours we raised £8,000, almost half of the total sum. Better Together even lost the plot a bit and accused National Collective of being part of a “co-ordinated dirty-tricks campaign” taking orders from above.

So, what do we plan to do with the donations?

We don’t want to give away all our secrets just yet, but we’ll be launching our exciting new Flytings initiative – a project designed to get people to meet, discuss and get creative with the independence movement across the country.

To facilitate this initiative we’ve launched National Collective branches in Aberdeen, Inverness, Edinburgh and Glasgow. If you’d like to get involved or are interested in setting up a branch in your area, please get in touch.

This will build up to a National Collective conference/festival to be held early in 2014. It will not be a rally but a platform for artists and creative thinkers to imagine a better future for this country. We will follow this by producing a manifesto ‘Imagining a better Scotland’. An intention to make art, make community and make a better nation.

In addition we’ll be continuing work on our grassroots #iamnationalcollective project, with our ambitious target of printing 10,000 posters to be put up in pubs, cafes, shop windows and university campuses all over Scotland. We are recruiting photographers to capture local people who will appear on these posters in their own areas. Poster packs will then be made available to local Yes groups to purchase and put up in their communities.

We’re not going to pretend that these are not ambitious plans. If you are creative, resolute and dedicated, we want you to join National Collective. Drop us an e-mail.