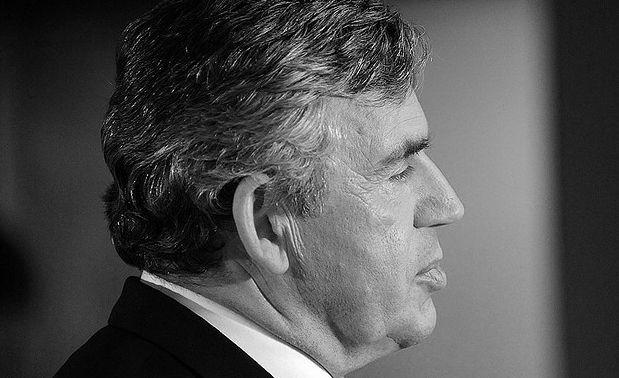 In a scene replicated in many Scottish workplaces I’m sure, I was recently party to a lunchtime conversation on voting intention. One colleague stated that they would always “vote for the red rose, my family always has”. I thought this beautifully stated a very popular position, and that it would be interesting to explore why.

Scottish Labour stands on the great egalitarian tradition of the Labour movement, with their website evoking Keir Hardie’s “new and radical force in Scottish politics” and remembering the first Labour Government in 1924 “legislating for the first major programme of municipal house building”.

It records that Labour administrations “changed the face of Scotland and Britain, introducing the National Insurance Act and the National Health Service Act in 1946; the Town and Country Planning Act in 1947; the Children Act in 1948, establishing a comprehensive childcare service, reforming services providing care to deprived and orphaned children; the National Parks and Access to the Countryside Act in 1949; extended the minimum school-leaving age from 14 to 15; and oversaw British withdrawal from India.” In the 1960’s Labour “liberalised the laws on censorship, abortion, divorce, and homosexuality, outlawed capital punishment and created the Open University.”

This is a proud and progressive record for a party which governed for only around a third of the relevant half-century. What is remarkable is that from the early 1970’s until the present day, the only thing that Scottish Labour even lays claim to as progress is devolution. And its support for devolution has been intermittent and essentially reactionary – Labour effectively blocked it in 1979 with the unprecedented and unrepeated ‘40% of Electorate’ qualifier, and it openly only supported devolution in 1997 to “kill nationalism stone dead”. It seems instructive that having painstakingly recorded Labour’s progressive achievements in government in the 50 years up until the 1970’s, the Scottish Labour website lists none since.

When Labour came to power in 1997 it had the pure good fortune to find itself at the beginning of global phenomenon that economists have retrospectively dubbed ‘The N.I.C.E. (Non-Inflationary Constant Expansion) Decade. Essentially, it was boom time – the coffers were full, and Labour had the opportunity to make serious investment for the long-term benefit of Britain, or indeed to build up a substantial rainy-day fund for leaner times to come. So what did Labour, our great hope for a progressive Britain, for prosperity with responsibility, achieve with this unprecedented bounty?

Rather than spending public money on public works, Labour hugely expanded the PFI system of funding public projects initially used in the latter years of the Conservative government. Labour bears responsibility for the vast majority of these 717 completed projects, and for the bills being paid by ordinary taxpayers for them over the next 30 years or so. The capital cost of these projects was £54.7 billion, but they will earn the companies who carried them out more than £300 billion in public money.

It is true that during the good times Labour increased spending on the NHS, but much of this actually went on the huge swathes of the service which Labour sub-contracted out to private firms, much more so than the Conservatives ever felt they could get away with. When Labour is in power, there’s no-one in opposition to cry foul. Labour ‘NHS spending’ includes the £12.7 billion it gave to the private sector to fail to computerise personal health records, and the fees of the management consultancies Labour called in, which were running at £300 million per year.

Labour of course also dragged the country into an illegal and ill-conceived war in Iraq, costing £8.4 billion by conservative estimates, and up to £30 billion by some more inclusive measures. (Before anyone takes exception to the “illegal” description, it is simply a fact in international law. If you think that the invasion of Iraq was justified, that is your right. Your opinion does not make it a legal war.) The human cost is even more staggering, with the figure almost 5,000 coalition forces casualties (including almost 200 UK troops) dwarfed by around 120,000 Iraqi CIVILIAN casualties, just from direct coalition attacks. Estimates of total deaths caused by the conflict range from 500,000 to over 1 million. Justified at the time to us by Labour as necessary to eliminate “chemical and biological…weapons of mass destruction…which could be activated within 45 minutes”, it is only a revisionist history (created in the inevitable absence of made-up WMD) which says we waged this war to remove Saddam Hussein. That false history is repeated constantly, including recently by Johann Lamont, in direct contradiction to her statements from the time.

Unfortunately, this is in keeping with the complete lack of differentiation between Westminster Labour and its counterpart in Scotland. From Peter Mandelson being “intensely relaxed about people getting filthy rich”, through Jack McConnell taking ermine as Baron McConnell of Glenscorrodale, to Lamont’s horribly divisive and judgemental “something for nothing culture” speech, Labour have long been busily proving the truth in David Cameron’s statement in reference to the political class, that “we are all Thatcherites now”. As the recent slap-down of Johann Lamont by Labour HQ in London over the mere suggestion of further devolution proves, even if Scottish Labour wanted to be progressive it is completely dependent on the will of Westminster Labour, and powerless to effect change without their agreement.

The gap between richest and poorest grew on Labour’s watch, with those in the bottom 20% seeing their incomes stay broadly flat, while the top 20% benefited from an increase of fully one-third. The top 1% could celebrate their incomes almost doubling. These gaps grew faster under Tony Blair than they had under either Margaret Thatcher or John Major. Then Gordon Brown arrived and bailed out the banks in the biggest transfer of money from public to private hands in our history, much of which we will never see again. The banking crisis itself was a direct result of Labour continuing the Conservative’s ‘light touch’ attitude to the banks and financial markets – ask no questions, hear no lies, jobs for the boys and champagne all round.

The UK’s Gini coefficient (the commonly used measure of inequality of income) rose consistently under Labour, to the point where only Mexico, Chile, the United States and Italy among OECD countries have more unequal societies. In the same period, studies consistently found the UK to be have among the worst, or the worst, social mobility of any developed economy, finding that 50% of a British child’s chances of success in life were determined by the income of their parents, compared with less than 20% in countries such as Denmark, Finland and Norway.

What I want to ask of Labour voters is, are you happy with what has been done in your name? What do you hope for when you vote? Is your vote for a progressive society, social mobility, and true equality of opportunity? Has ‘New Labour’ represented your hopes?

Inevitably, there will be a sensible, progressive choice of government in an Independent Scotland. Probably, there will be a few parties offering this, as the political spectrum settles along the norms of Scottish society. So if you usually vote Labour, these are your options: stay in the UK and get the same governments we have had for the best part of 40 years or, become independent and elect a succession of governments which are everything Westminster administrations are not: progressive, what you voted for, and surely even now, not too far removed from Keir Hardie’s vision “to dethrone the brute god Mammon and to lift humanity into its place”.

Incidentally, my colleague who had mentioned that they would always “vote for the red rose” clarified that they would be voting ‘Yes’ in the referendum, and then vote Labour in the “actual elections” thereafter. Her reasoning was simple; she didn’t hold much for the news, but when she listened to the arguments from the parties she thought that it would be better for the people of Scotland to decide Scotland’s governance. Also, Independence would mean that she would probably get broadly what she hoped for when she voted, which she felt didn’t happen at Westminster.

It’s my opinion that only Independence will force Labour in Scotland to reinvent itself (or perhaps to re-find itself) and become a Scottish Labour which is actually progressive, rather than the defensive, conservative shell of a party we see today. But I don’t vote Labour, so it’s not my party to change. Comments are open – what’s your opinion?