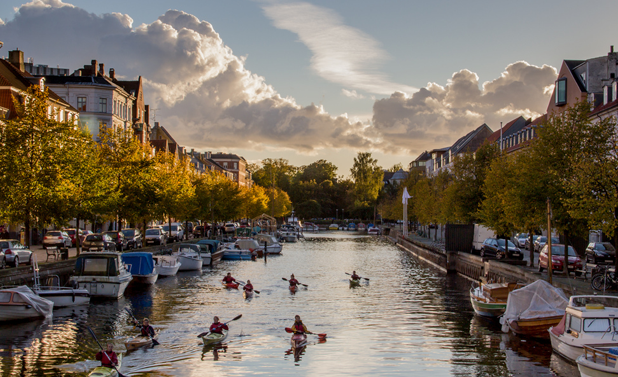 If you were to choose one other nation on the earth that was most similar to Scotland what would it be? England? Ireland? Norway? Wales? Sweden?

If judged upon size, geography and European culture, it is difficult to overlook Denmark.

As a nearby nation of 5 million people, facing out towards the North Sea, surrounded by a myriad of islands and convinced of its social democratic pedigree, Denmark could be Scotland’s cousin. Yet when you consider the political and cultural differences, it is more like a long-lost cousin.

As the independence debate prompts Scots to look out across the world, we must consider such comparisons anew and in depth. As it stands, Scotland’s political and cultural experience of Denmark is often simplified or non-existent. That is no great surprise. How often does the Scottish media present Denmark – or any of Scotland’s non-UK neighbours – in a complex or educative manner? Our culture, as a result, stagnates around a single North-South axis, unflinching like an inflexible spine. If Scotland is to look to the world and its nearest neighbours for a more fulfilling public life, then that must change – collectively and personally.

Admittedly – before visiting Copenhagen – my own knowledge of Denmark did not extend far. An appreciation of Viking heritage, longboats and a childhood love of Peter Schmeichel was all I could muster. To my eternal shame the only Danish band that I could recognise was ‘Cartoons’, whose ridiculous single ‘Witch Doctor‘ still tremors within the memories of my misspent youth.

So I flew to Denmark.

After a short flight from Edinburgh above an unbroken mattress of white cloud, the Norwegian Air Shuttle twisted above the archipelago revealing the city of Copenhagen below – clean and bright in the sun, and hopefully withholding some wisdom for Scottish ears.

My prior political research retrieved the expected information for a Scandinavian nation: rich with high employment; equal with quality social services; green with advanced technology. The main downside of this success seemed to be the beer price.

Scotia-Scandinavian comparisons are in vogue; and not only because of recent fascination with the television drama Borgen. Considering how this nation of 5 million Europeans came to be this way has been an increasing interest of Scottish commentators and academics. Lesley Riddoch has led the Nordic Horizons think-tank, which considers what lessons Scotland can draw from the Scandinavian experience. Previously David Arter engaged in similar musings when he penned the work ‘The Scottish Parliament: A Scandinavian style assembly?‘ Whether the consensus, culture or politics of Scotland has become more Scandinavian following devolution remains disputed.

However, the greatest opportunities for this genre of political investigation lie ahead. The most substantial questions that may link Danish and Scottish life have yet to be brought into full focus. In the years ahead Danish models of defence, social security and taxation can serve as a template or at least a reference point for how Scotland could be – independent or otherwise. Aspects of the Danish way of life – from cycling to cabin holidays to culture – have their own significance in terms of social well-being and would be worthy exports for enterprising Scots. All these questions and models – academically, politically, socially – can grow in prominence as we look out into the world.

There is no better time to start than now. The ‘Common Weal‘ Project led by the Jimmy Reid Foundation seeks to do just that. Taking inspiration from Nordic models, gaining the backing of an impressive range of academics, and seeking to gain support across Scotland, the Danish experience is firmly on the political agenda.

Iain McWhirter in his new book The Road To The Referendum celebrated this parallel:

Denmark has a population of just over five million, has an advanced welfare state, is independent in Europe, and has one of the highest living standards in the world. It also showed you didn’t have to be a big country to have a vibrant political culture and it also showed how a small country could still have an impact on global affairs.”

“According to the World Bank, Denmark has one of the lowest levels of inequality in the world. Social protection is generous. In Denmark, full-time childcare costs £200 a month; and unemployment benefit is £400 a week for two years. This compares with our job seekers allowance of £71 and then only for over-25s.”

“Whatever it is they’re doing over there, it works.”

Before relapsing into an unending hollucination of Nordic bliss, it is important to state that all communities have their flaws. Denmark is no different. Yet Danish society works. Its people flourish. ‘Whatever it is they’re doing’ it would be useful to find out. That knowledge and understanding may light the path for Scotland to follow.

.@WeAreNational can inspire a tidal wave of change, creativity & confidence across Scotland. Join us! http://t.co/oATQDiA71m