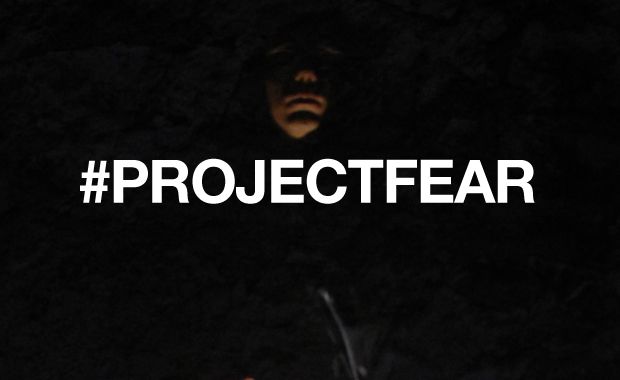 The No campaign likes to reassuringly pat themselves on the back.

Better Together’s campaign director recently shrugged off #donorgate, a funding scandal – revealed by National Collective – that uncovered the No campaign’s cash-backer Ian Taylor’s oil trading Vitol’s resume includes bankrolling Serbian paramilitary warlord Arkan to the tune of $1 million as ‘a storm in a teacup’. While this shows a certain resilience there is evidence that all is not well in the No campaign’s mind-set.

An underlying condition – akin to having one’s head buried in the sand – exists in the No camp. The condition is inadvertently highlighted in The Battle for Scotland from July 2013’s Total Politics magazine. Written by David Torrance, it quotes and paraphrases an inside source from the official No campaign, claiming:

‘People are selfish’ he says bluntly, ‘and they want to know what is in it for them’. That said he believes other aspects of the pro-independence campaign chiefly opposition to Trident and criticism of Westminster’s welfare reforms are wrong-headed.”

“They are fighting on completely the wrong arguments – they’re assuming that normal Scots are as outraged about those things as SNP people are.”

Leaving the notion that everyone in Scotland is only out for themselves, to one side, for now, these claims on feelings about Trident and Welfare deserve closer examination

Firstly, let’s look at Welfare. A Yougov poll from March 2013 asked “Which government do you think would be best at deciding welfare and pensions policy for Scotland? The results in favour The Scottish Government deciding on these currently reserved matters is convincing. The UK government 34 %; The Scottish government 53 %; and the undecided at 13 %.

And don’t forget The Bedroom Tax. A cruel and unfair attack on the weak and vulnerable; opposed by The Scottish Parliament, churches, trade unions and Scotland’s MP’s but undemocratically imposed on the people of Scotland by Westminster.

So, just who is it that is “wrong-headed” on Welfare?

Then there is Trident. The UK government’s very own nuclear Weapons of Mass Destruction system stationed in The Clyde which is due a £100billion upgrade in the very near future. According to a TNS BMRB poll, also in March of this year, revealed 80 per cent of people in Scotland are opposed to spending these vast sums of money on upgrading the UK’s Trident nuclear weapons system.

Scratch the surface on these results and it shows just how overwhelming the feeling against Trident – and crucially how out of touch the No campaign’s claims – are.

It is perhaps unsurprising that 87% among those planning to vote Yes oppose WMD, amazingly 75% even among people planning to vote No in next year’s independence referendum are against a new Trident WMD being dumped less than 30 miles from Scotland’s biggest city.

These figures are not new. And yet the Better Together source is blissfully ignorant of the truth.

The disjointed assumptions of the No campaign must wrangle internally – particularly with Labour members – and particularly on issues like Welfare and Trident – as voters of the undecided category will look for to which of the two paths on offer on September 18 2014 hold the brightest future for Scotland. It is well understood that the gains of independence must and shall be laid out for all to see.

From Stornoway to Selkirk – and in every walk of life – the positive case on how all of us will be better off living in a fairer and more prosperous country will be detailed and coherent.

Of course everyone wants to know what independence will mean to them. What it will mean to their household budget and what it can do to improve the opportunities for their children’s future; but to brand a trait of ‘selfishness’ on the collective people of Scotland typifies the No campaign’s lofty and complacent attitude.

The No campaign’s dysfunctional obsession with the SNP in tandem with their unfounded assumptions could yet be their undoing.

Arrogant enough to give themselves big licks and joke about #ProjectFear – 63 weeks before the biggest constitutional opportunity the people of Scotland have ever had – indicates a level of cocksureness that is unpopular in Scotland and, crucially, has a habit of backfiring.

To be in a position as bookmakers’ underdogs Yes supporters can only take heart. The underdog is alive, well, and unafraid. And crucially it is in tune with the democratic will of the people of Scotland.