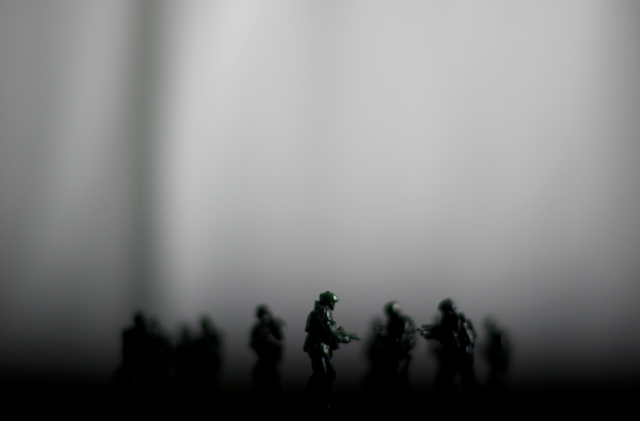 Although smörgåsbord – meaning an array of many options – is a Swedish word, I hope you will forgive me for applying it in this Danish circumstance. For when I met Professor Mikkel Rasmussen to discuss Danish defence policy, it was a smörgåsbord of public policy that was on the menu.

Professor Rasmussen is the Director of the Centre for Military Studies at the University of Copenhagen. He has taken a particular interest in Scottish independence and has considered the ramifications for Denmark of political development across the North Sea.

Last month he was quoted by The Herald as an enthusiast for greater cooperation between Denmark and Scotland. He highlighted the many opportunities in defence and foreign policy from Scottish independence, while stating that Scotland would be a welcome member of the Nordic Council.

I met Mikkel in his office within the mazing corridors of Københavns Universitet to follow up on these comments. We discussed the ways in which a Scottish defence model could learn from the Danish experience, the duty of medium sized nations within global politics and the doubts concerning this model.

Firstly, Mikkel explained the reason for his interest in Scotland and what role his research group can play. “If Scotland votes for independence then it will open up interesting foreign policy avenues. At a time when a lot of interesting things are happening it could be influential, especially among the Nordic states.” According to Professor Rasmussen, the Danish government should be developing arrangements for defence cooperation with an independent Scotland. While they – so far – have remained diplomatic and neutral, his research group can be more pro-active in this regard. “Our job is to look ahead. I think it would be sad if the Scots voted for independence and the Danish government didn’t have any options to choose from,” he said.

The main challenge in his view – that the Scottish government would have to soothe in European capitals – is ensuring stable defence arrangements. “You need to show that you can control your own borders, fisheries and oil platforms. That can be done with a fairly low budget. That would be the first question to ask from an international perspective.” In his view, Scotland can.

We discussed Danish defence policy. Denmark – as a country of similar size to Scotland – is active in global institutions and military operations. As a NATO enthusiast, Denmark participated in most of the recent Western-led conflicts – from Afghanistan to Iraq, from Kosovo to Libya. Denmark also holds ‘soft power’ commitments to the European Union, UN development programs, climate change targets and cooperation in the Arctic zone.

“We have a relatively low defence budget. It’s 1.3%. (of GDP) Since the end of the Cold War our defence has changed from protecting ourselves to having more foreign commitments. Secondly, we have responsibility in the Arctic with the Faroe Islands and Greenland. We do that fairly well. We have an efficient armed forces and relay on our ability to cooperate with neighbouring countries.”

Denmark’s ‘humanitarian wars’ have maintained an active role for its military structures, within the wider context of its smörgåsbord of international duties. It is both duty and self-interest that drives such intervention. Denmark, for instance, has been heavily involved in anti-piracy operations in the Indian Ocean. Denmark has a duty to ensure free trade and protect Danish economic interests, Rasmussen states.

Is such a broad approach to defence – combining military, diplomatic, political and humanitarian actions – achievable for Scotland? The Professor in unsure of whether the Danish model is unimpeachable. “This isn’t the only model. Iceland is an example where they have chosen not to be in that game. (of projecting force) They focus on diplomacy. As a medium sized country it is important to define areas where you focus on. Norway has done well to focus on peace relations. Qatar is using its money to fund Al Jazeera and arm the Syrian rebels. Denmark has chosen a broad spectrum: some defence, some diplomacy and some development aid.”

This is where doubt seeps in. It is sustainable or effective for nations the size of Denmark or Scotland to construct mixed defence policies? In an age where Europe is more secure and peaceful that ever, is it necessary to spend billions on military hardware? Who are we defending ourselves from? 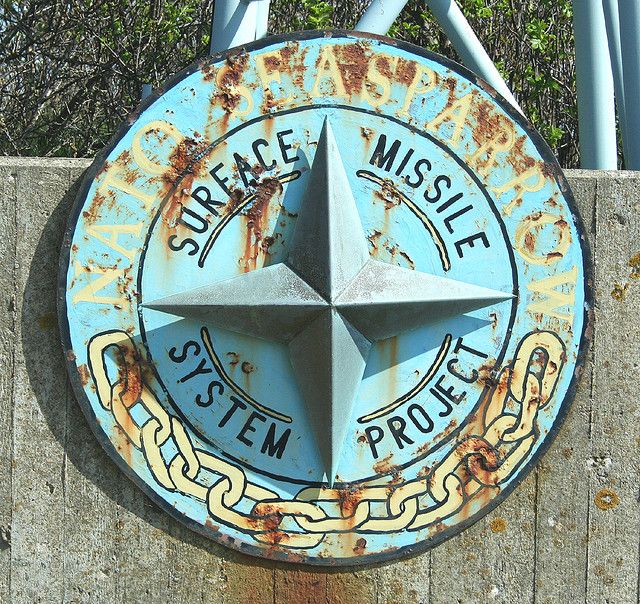 Sjællands Odde: The old sign of the NATO Seasparrow rusts during peace.

Denmark regularly grapples with these questions. It dominates each strategic defence review. “There’s is a huge debate on at the moment over whether we should focus on more specific issues. Climate change in increasingly making the Arctic and surrounding issues more important. We are an important nation in that area. That places us in a different league – as one of the five nations in the Arctic Council.”

Another pressure is cost. It is pushing Denmark towards a focus on other methods. “Forces on the ground in Afghanistan are very expensive. We can afford it, but do we want to pay for it? In the future there are no plans to place brigade size units on the ground. We plan a focus on naval and air forces in such operations. We are currently having a conversation about whether this focus is possible.” Rasmussen states that “The enthusiasm for intervention has been dampened” in the new Danish government.

This signals a changing era in Danish defence policy – a reappraisal of whether commitments to war after war after war are in the public, national and international interest. A greater focus on soft power – cultural and diplomatic operations – may replace the dominance of bombs, bullets and battalions.

Where, then, does Scotland stand now? Amid a rapidly changing context of European defence, small may be beautiful. “The point is as a small country you have a huge plate of options. Big countries have larger responsibilities; yet the paradox is that smaller countries can choose what decisions to make. For instance, with land troops you can decide to only contribute to UN operations and peace-keeping missions.”

This changing environment is not isolated to medium sized nations. The United Kingdom is undergoing a painful restructuring to its military priorities – leaving aircraft carriers without aircraft and hitting returning soldiers with P45s.

In contrast, a new Scottish Defence Force would have the opportunity to build solid, modern foundations. “The more structural question is whether the way we have been putting our armed forces together for the last 100 years is sustainable. It doesn’t seem like it is. It has been based on the prospect of a large tank battle. There are other areas. If you want to start from scratch, you could set up an armed forces focused on logistics, intelligence and special forces, a sizeable navy – and that would be about it.”

The overarching question for Scotland is to think of its purpose and place in the world. What would Scotland focus on, if a more soft-power foreign policy is most likely?

Reports by the Jimmy Reid Foundation (‘No Need To Be Afraid‘), Scotland For Peace (‘Human Security and the Small Nation Contribution‘) and Stuart Crawford (‘A’ The Blue Bonnets’) have constructed a strong basis for an independent Scottish military policy. Yet – as Mikkel suggests – the nature of national defence is also cultural and inherited. It is difficult to reconstruct.

“The real question is – ‘would you still have the Edinburgh Tattoo?! A lot follows from the answer to that actually! Looking from the outside, I would be surprised with the Scottish military tradition if the Scots didn’t have troops to participate in operations. I have a great problem recalling any nation that has as strong a military tradition as Scotland that has turned its back on that tradition. Sweden is perhaps a country that would spring to mind. Until recently Sweden had one of the biggest military budgets in Europe. It was building on an imperial tradition, then their focus changed.”

Will Scotland change? In the event of a ‘yes’ vote in next year’s referendum, military arrangements will not change overnight. It will depend upon Scotland’s traditions, visions presented in subsequent elections and how we, collectively, construct our place in the world.

To Rasmussen “Defence policy depends upon what type of world you think you are living in. If you think solutions can be gained through diplomacy you will focus on that. The other side of the coin is that small countries can be vulnerable and there can be a perceived need to give support to big nations such as the USA.”

That is the choice Scotland must face alongside many competing priorities. Among the political battle-cries, military commentators are accustomed to deploying the phrase “willing to sacrifice” in relation to affairs of war and peace. The formation of a Scottish Defence Force must bear the emotional burden of such sacrifice. Who we are ‘sacrificing’ and for what purpose? It is a grave and serious question which is symbolised by duty and shrouded in doubt. In the future we must decide.