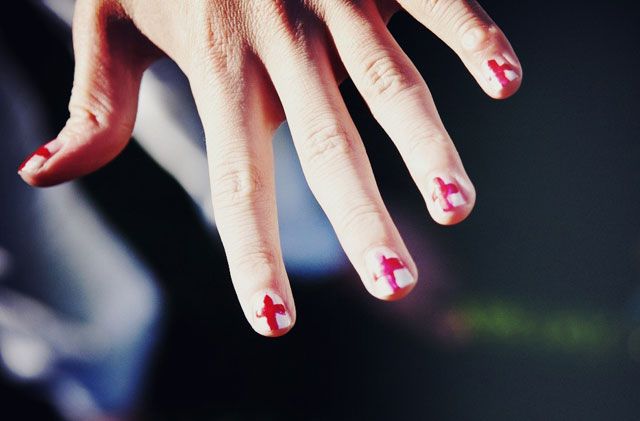 Where are the English? It’s a question I increasingly find myself asking as the referendum gets closer. I know where the Scotland-based English are – the ones I know anyway – they’re largely on the side of Scottish Independence, curiously in greater proportions than my Scotland-born friends. The simply hilarious UKIP/BNP English, they’re on the Telegraph commenting

My family (we’re all English) are largely in the “Scottish Independence, so that might happen? Really?” camp. Many of my friends from the North East of England, where I lived until I was 19, are always begging to be allowed to come along. And the Westminster English, they’re all like “but do you really want to be a dirty foreigner?” Fine, but where are the English? Where are they in the debate? Are they really thinking this through?

To anyone English, living in England, stumbling over this article by complete accident like you might any other obscure provincial dispute, it is going to affect you, you know? It will not only mean that you risk finding an itinerant nuclear weapon rocking up uninvited in your local marina, it will mean who you are is going to change. Profoundly. Lets be clear, whisky will be no longer be a local product down at Oddbins, but one of those crusty three-holidays-gone bottles, like schnapps, limoncello or unicum. The middle-classes will wring their hands over the tragic fate of the curly kail harvesters overseas. Soor plooms will be banned by the EU, as their importation is a threat to the soft fleshy mouths of bairns. Tizer and Rubicon (also Scottish. I know!) will be reformulated for the local British market, and you’ll have to pop over the border to get the real stuff, like Americans do for Mexican Coca-Cola. It’ll be like… crossing a Rubicon. 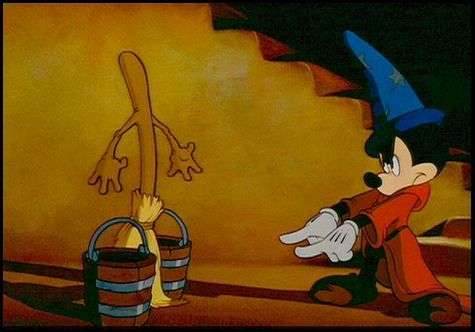 You might think I’m kidding, exaggerating, but think about it: with Scotland gone what is there left? The Welsh have a language and no great love for Britain; Northern Ireland is clearly somewhere on the ‘colonial possession’ scale; the Caymans, Gibraltar, Mann, Jersey, Guernesey are all financial instruments that have somehow managed to manifest themselves in reality, like that bit in the Sorcerers Apprentice. Without Scotland, what are you English? Well let me tell you. You’re British. When it comes to it, at the point that Scotland leaves, Britishness = Englishness. There’s no firewall, no bumper, no gap. I think this is what the English Left, the trade unionists, the thinkers and the commentators are coming to realise. They’re simply terrified, not of losing Britain, but of having to find out and fight for what being English is. The founding antagonism, the mixing of the two nations which built the British Empire – of which today’s Britain is the husk – will have changed fundamentally. The English think they’re Einstein when they opine “nationalism is an infantile disease”, or that there’s a risk of “splitting the working class”. Well we’ve heard the arguments, and its not the Scots’ fault you’re afeart of taking the blame on your own. They’re well on their way to setting it to rest.

So sorry to break it to you (and here I’m especially thinking of the left-wingers who are against Scottish independence) but it will happen. Even if the vote is a firmish ‘No’, it will happen. If its a sloppy ‘No’, then jings, crivvens, help ma boab. The Scottish identity isn’t going back into the “Britain” box again after all this, and the English identity is going to have to reject or come to terms with Britishness. I think you should be getting prepared to settle some scores. It’ll be like turning on the lights after a party to realise the floor is covered in the remnants of “Keep Calm…” T-shirts, genocide, roast beef, oppression, wee Butcher’s aprons, destroyed communities, Bulldog crap and mass-unemployment. 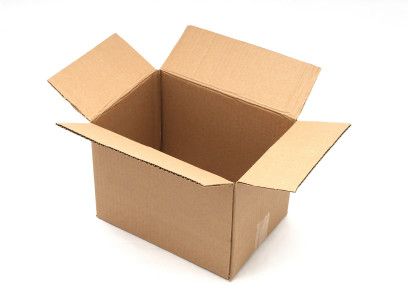 Yeah – we’re not getting into that again

I am English, but I hope to die Scottish. Or Anglo-Scots. If someone gets me a bench in a park it could say “Reluctantly born in Britain, died Scottish.” I don’t much care about what it says on the passport after independence, but the longer I’ve lived in Scotland the less I can see a difference between Englishness and Britishness. You do know what you look like down there? What they’re making you into? I am not ashamed of my English identity quite yet, but I am terrified about what it is being turned into by demagogues and shysters. Just as I am not ashamed of being white – but I am ashamed that my whiteness is a key part of racial profiling, that it makes me invisible. The problem is structural, and half the house is subsiding. The English on the television, you know what they look like? They look like bosses, and they’ve got the whips out. You do know they’re privatising blood now? And social services for children? I mean even Karl Marx had to grudgingly note that there were efforts by Tories back in the eighteen-sixties “to prevent the coining of children’s blood into capital”. I mean, come on.

You expect Scotland to maintain that system? Someone else has to help prop up the bloody flag, the wars, the weapons, the bouncing royal brat? We should stick at it because you’re terrified of carrying the weight alone?

I’m not ashamed of being English, but I am ashamed of being British. I’d discard it totally if it wasn’t the best term going for the collection of peoples on these islands. Despite that, I believe that there is a potential idea of Britishness that needs to win out, one which is the obverse of that which we have at the moment. One that celebrates the endless struggles against colonialism, against unearned privilege, against racism, against endless competition: the struggles we won, and all the struggles we lost. I get it, the Clyde the Mersey and Tyne should stick together, but there were a thousand Scots in London in 2010 protesting tuition fees they weren’t even at risk of paying. They were some of the first kicking down the doors of the Conservatives’ head office. If you set up a rammy, Scots will still turn up to have a go.

I grew up with Swan Hunter’s in the news just as Scots did with the Upper Clyde Shipbuilders. I learned at primary school about the Jarrow March. But the Jarrow march is not what being ‘British’ means today. He who pays the piper calls the tune. While there is a possibility and a hope that the British identity can be reclaimed, that some of it can be recuperated and reformulated, its not going to happen within the United Kingdom.

Even if it were possible, there’s still a few red lines – the flag is just a rag and its awful dirty, Kate and Wills and the rest have to go, however much tourist revenue they bring in. The coat of arms – gone. Eton – gone. Oxbridge – gone. Lords – gone. The City – gone. Turn them into social housing or museums if you must. The structures – and the identity – of power need to be completely dismantled. I don’t hold out much hope though, they have grown up over hundreds of years to reward privilege and punish dissent, to allow mediocrity and self-service to rise to the top, and to twist every attempt from below to achieve equality. The ‘United Kingdom’ has got to go, and its not going to collapse on its own. Why aren’t the English dancing in the streets at the prospect of Scotland picking up a brick? It all looks dispiritingly like you’re telling us that it’ll will be aright after some imminent global political reconfiguration. What can you see from down there that we can’t? In the meantime, we’re not waiting.

Scotland is already ahead: building a new identity is already under way and has been for decades. It will have a lot to inherit, and a lot to argue over. Its not a Scottishness of tartan, haggis and wizarding pubescents, though it has enough confidence to smile at the thought. I chose to move to Scotland at the age of nineteen largely on the back of Alasdair Gray’s Lanark and Barr Cola. The Scottish identity is a place where the struggles which should be part of Britishness are alive in a way they rarely are in England. At the very least in Scotland they are visible. People regularly defend a fizzy drink from slander. Alex Salmond photobombs Tories. A major think-tank named after a communist is releasing papers debating the applicability of the Venezuelan model to Scotland, and the SNP are debating their ‘Common Weal’ concept at their conference. The water’s warm! Come on in! 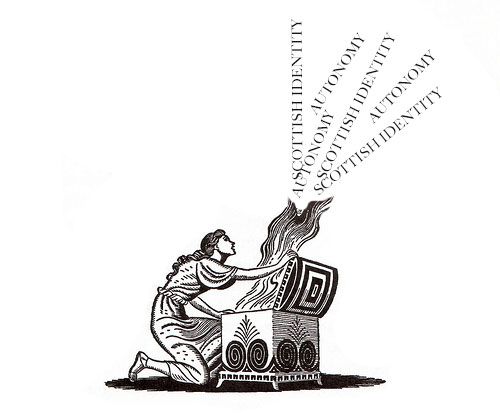 Visit Scotland. The debate up here is quickly becoming a bizzaro-world bare-knuckle fight over who is the best social democrat – while the debate in the rest of the UK increasingly becomes over who can be the most effective gravedigger of the welfare state. Fighting over who gets to be the inheritor of Blair’s Labour is like arguing over who your old aunt promised the gollywogs to. Where is the idea of England that can resist the demonization of workers, minorities, the disabled? What alternative is there to Farage? Miliband? Personally if I have to try to become more ‘Scottish’ in order to learn how to build the best England that is possible, then so be it.

The rest of the English need to work this out for themselves. Appealing to the past isn’t going to work – the past is on the way out.