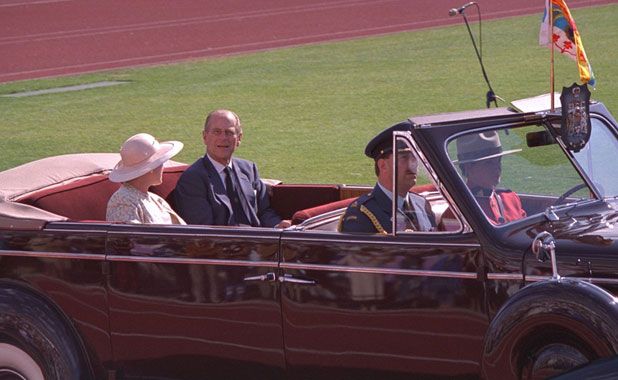 Last week saw the launch of the countdown to the Commonwealth Games, which will take place in Glasgow this time next year, a few short months before the independence referendum.

Often derided as the poor man’s Olympics, the Commonwealth itself is considered by some to be an outdated irrelevance in today’s world. So the people of Scotland, including our many refugees from around the Commonwealth, could be forgiven for being unsure of quite how to react to this 11-day, lycra-clad jamboree that’s being thrust upon us.

Certainly, the sporting competition will fall short of Olympic standards, with a reduced field in many events and major medal-baggers like China, Russia and the USA not even getting an invite.  Still, Lord Smith of Kelvin, chairperson of Glasgow 2014, is calling it “the biggest sporting and cultural festival Glasgow, and Scotland, has ever hosted”.  However, as he is also chair of Scottish and Southern Energy, who were recently given the largest ever fine by energy regulator Ofgem for “prolonged and extensive mis-selling”, maybe we should take what he says with a pinch of salt.

Its supporters say that the Games gives less experienced athletes and smaller nations the chance to compete at an international level, under their own flag.  But which nations?  And which flags?  I’ll give you a clue: almost all of them would have been pink on a 1950s world map, and the Union Jack still features heavily in quite a few.  Though the word itself hasn’t been part of the Games’ title since the sixties, the whiff of Empire still hangs over the whole thing.

On paper, the Commonwealth of Nations is an intergovernmental organisation of “free and equal” member states, linked by what is euphemistically referred to as “our shared history”.  In practice, the old hierarchies persist, with the Queen continuing indefinitely as Head of the Commonwealth and the Games almost always taking place in white-European majority countries.

And so it will be with the Games in Glasgow next year, in 2014.  There is undoubtedly something about the timetabling of this that jars.  While we should be busy articulating an alternative vision for a peaceful, progressive, new nation, we’ll be taking time out to host a sporty get-together of the various countries the British have shafted over the years, along with a few plus-ones (Rwanda, Mozambique) that our European neighbours have shafted.

You’d be forgiven for thinking that this wasn’t an issue at all; the UK Government doesn’t really like to discuss Britain’s former colonial exploits, and it is never mentioned in new items about ongoing unrest in Palestine, or Egypt, or Burma, or even Northern Ireland.  After all, the term “British Empire” is still bandied about in the honours system as if it’s something innocuous and even honourable.  It is neither, as the poet Benjamin Zephaniah pointed out when he knocked back his offer of an OBE in 2003: “I get angry when I hear that word ’empire’; it reminds me of slavery, it reminds me of thousands of years of brutality, it reminds me of how my foremothers were raped and my forefathers brutalised.”

Any attempts to revisit our imperial history are often brushed off as pointless or mildly irritating; we are told that it is all in the past and that we should leave it well alone, like a child being told not to pick at a scab so it won’t leave a scar.  This was the argument used recently when several elderly Kenyans who had been tortured by colonial forces during the Mau Mau uprising brought claims against the UK Government.  The High Court rejected that, however, insisting a fair trial was possible, and the Kenyans eventually won compensation and an expression of “sincere regret” from William Hague last month.  So, the next time anyone tries to tell you that the Empire did more good than it did harm, that it set up schools and built railways, point them in the direction of the Mau Mau case, where they can read official British records about how Kenyan prisoners were routinely tortured, how they were castrated, and how they were murdered and roasted alive.  It’s by no means the only example of horrific brutality by the British, and it sets a precedent for other victims of abuse to also bring claims again the UK Government.

The jubilant tone of the Glasgow 2014 press releases and the jaunty photos of Chris Hoy on Buchanan Street gloss over all of this.  While the cultural programme for the Games hints at some more considered responses to the Empire, the overriding message is unrelentingly celebratory.  But as some will already know, many of Glasgow’s most striking streets, buildings and landmarks were built or bought by Scottish slave-owners who made their fortunes from the Caribbean plantations. Scots also played prominent roles in other parts of the Empire, as viceroys, governor-generals, judges and district commissioners.  On the ground, Scots made up a significant proportion of the British Army, religious missionaries and eventual settlers.  In those days, Scots may have been willingly following the colonial path dictated by the UK Government, but that doesn’t mean that today we must follow their lead in keeping quiet about our “shared history” and its painful consequences.  Our parliament has already started to follow a different path, as far as devolved powers will allow, on issues of asylum, immigration and child detention, and this should be echoed in our approach to our hosting the Commonwealth Games.

Falling as it does in the lead-up to the independence referendum, Glasgow 2014 will feel to many like Scotland’s trial run as fear an taighe* at an international cèilidh.  Doubtless the Scottish hospitality and any-excuse-for-a-party reflexes will kick in, and a good time will be had by all.  Indeed, the new sporting venues are already thronging with enthusiastic locals.  Some think that hosting the Games might even give us the confidence boost that could fuel a Yes vote.  But can we really move forward with independence without looking at our colonial past, especially when it’s visiting our country and staring us in the face?   Now that we have a parliament of our own, a government of our own, and the prospect of an independent country of our own, isn’t it time we found our own voice on the issue of the British Empire?

*the host, literally ‘the man of the house’