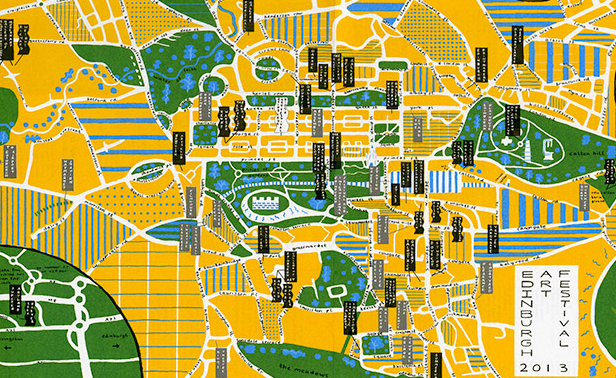 The biggest challenge that the Yes Campaign faces, in every sector, is that of not casting Scotland,  or Scottish culture, as victim.

In an effective campaign such language has to be relegated to the past – accentuating it only serves those in power. On so many issues where protest and progress is involved, the key factor is about the discovery, or rediscovery, of agency. Nowhere is this more true than in the current debate on independence.

The Edinburgh festival season has thrown up some predictable commentary on the proper role for Scottish culture in the referendum debate.

Some of this has included remarkably reactionary assumptions that show a crucial misunderstanding of the historical and present nature of Edinburgh’s festivals.

Firstly, they don’t serve a particularly Scottish audience. These events, though hosted in the city, do not really inhabit the Scottish capital. They borrow a city that happens to be the ideal size and shape for the world’s largest collection of arts events to flourish.

Both audiences and performers are drawn from all corners of the globe. The film industry may head to Cannes to sell its wares, but the live arts come to Edinburgh. We may find the sudden flooding of our streets with thespians and flyers irritating, but it is a process that brings vast economic benefits to the city. For August at least, Edinburgh is the arts capital of the world.

There are ample reasons for the festival to be reformed. Most performers make a loss at this crowded marketplace. The long trend of stand up comedy moving from an edgy radical form to a mainstream televised one has had a damaging impact on the space afforded to other genres. The Fringe is no longer a fringe festival.

On the other hand, the role of the Edinburgh International Festival, where it all started, has always attracted criticism, thanks to the elitist character of both its patrons and programme.

Although we should not be complacent about finding better ways to manage this vast assortment of companies, producers, commercial interests, and tourists, it would be a vast miscalculation to attempt to remake them in order to prioritise the expression of Scottish culture. Especially at this juncture.

Last week an article in the Scotland on Sunday by Brian Ferguson carried the highly misleading headline ‘Scottish Independence Productions Ban at EIF 2014’. The article itself makes clear Artistic Director Jonathan Mills is not indulging in a ban, but, as his is a curated festival, he will be focusing on other themes: World War One and the Commonwealth. Unfortunately many seem to have fallen for the newspaper’s favourite ruse, placing a provocative anti-independence headline atop a fairly innocuous article.

I think there must also be some general confusion here about what this festival is. This year the EIF consists of 168 events, a drop in the ocean in comparison to just under 3,000 taking place as part of the Fringe, an event defined by its lack of censorship. Yet already, convinced that in the middle of a referendum campaign a leading arts festival should shift its focus to produce events on the theme of that campaign, over 1,000 people have signed a petition in reaction to this headline.

Such reactionary self-righteousness gets us nowhere. We have very little time to persuade a lot of people about the merits of Scottish independence. We must end the cultural navel gazing that the arts in Scotland are so fond of. I’d like everyone who has read this article to ask themselves, really ask themselves, how many Scots will care that Alasdair Gray has irked a few high ranking arts administrators? How many Scots will be outraged, or even aware of the EIF’s 2014 programme? These clique centred controversies are entirely irrelevant to next year’s vote.

Yet even if the EIF was somehow hard-wired into the Scottish zeitgeist, the chosen themes of the First World War and the Commonwealth are unlikely to glorify the UK under the glare of proper artistic scrutiny. It was, after all, the experience of the First World War that prompted the decline of Empire and the development of new independent states. It also sparked the Scottish literary renaissance.

It was those writers who understood that the surest hallmark of cultural confidence is being comfortable about their own culture; inhabiting it, but not being obsessed by it. That’s why Joyce McMillan is absolutely correct to point out that much of the process of embedding cultural independence has been completed. An exceptionally fruitful Scottish culture has existed throughout 300 years of union and it has certainly not shied away from confronting independence. Why then must we now bleat about non-existent bans?

By casting Scottish culture as aggrieved, we are not just failing to read our own history, but we’re playing into unionist hands. For example, the apparent ‘censoring’ of next year’s EIF programme drowned out the fact that Mills all but outed himself as a Yes supporter, a significant story in its own right. He’s also intelligent enough to understand that programming aninternational festival around a referendum would make little sense either artistically or politically.

So much of the development of Scottish culture in recent years has been about expressing the provenance of our culture to the world, by inviting the world to Scotland. The themes the EIF has opted for are global in their scope and to assume that they will seek to stage some kind of reprise of the Olympics opening ceremony is ludicrous.

Not long after the EIF started, Hamish Henderson and others established the Edinburgh People’s Festival to provide a Scottish alternative. Next year the activity of campaigning itself can fulfil a similar role. Scotland and its politics will be more talked about than ever before.

At the same time, Creative Scotland has signalled its willingness to fund any artistic endeavourregardless of where it sits on the Yes/No spectrum. Given the fact that much of the festival audience is not resident in Scotland, focusing on Edinburgh in August at such a crucial time, could be something of a mistake.

To return to my original point, we have to avoid a discussion in which our rich culture and heritage is cast as the victim. There are flaws about the way that we manage the creative sector, but this has to remain an entirely separate conversation to that of utilising Scottish culture within the referendum campaign.

If we conflate the two, there are real risks that the cultural campaign becomes a reactionary one.In an article responding to this ‘news’ Andrew Redmond Barr claimed the following:

‘A persistent and historic mismanagement of Scottish culture has convinced us of our inability, our ineptitude. We have unimagined ourselves, we have become bystanders in the human experience.’

Whatever the barriers, the Scottish imagination has flourished in settings far more challenging than the one that we now live in. Inaccurate and misleading claims about censorship or bans on discussions of independence are as daft as they are potentially damaging. To expect arts organisations to fashion their events around Scottish politics would be neither strategically wise for the Yes Campaign or particularly useful for Scottish artists.

Scottish art, at its very best, tells us that we are not victims, but agents with our own voices and narratives. That is why we are content to let our culture sit alongside the great swathe of global creative energy that plants itself in our capital each year. Showing that we can stage these events (for their own sake) at the height of the most important political campaign we’ve taken part in for over a decade, is the best advert I can think of for an independent Scotland.