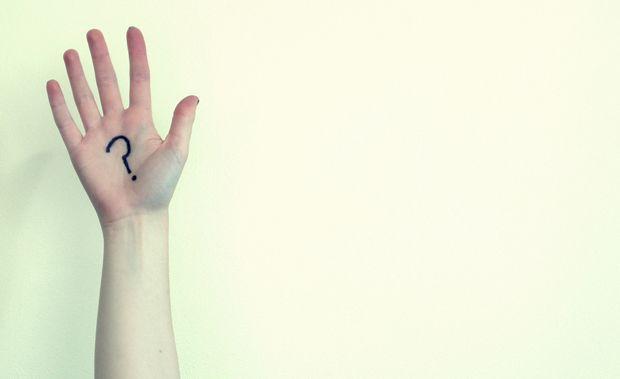 A country will wake up. It will scrabble together readiness for the day ahead and traipse down stairs. It will start engines and cram onto buses. Headphones will blast the same discordant soundtracks. Those fast morning walks along city streets, past all of those other unknowns, will be like any other day. We will all slouch off our sleep and cloak it in the need to go to work.

It’s an autumn morning, the kind that offers delight and despair within minutes of each other. The light comes slower now in these days already tinged with winter. As a result five million minds will think on the last one and all the others they have known and look for small signs in the breeze and the skies of what the next six months will bring.

Indoors, a nation heads towards desks and vacant office chairs. Machines are waked with a whirr. In a strange sly ritual news feeds are checked, knowing that it’s too early for anything interesting to appear on them, even on a day as weighty as this one. Many check in with the still bland news sites to see takes on what the last twenty four hours has settled. Or unsettled.  Browser windows are surreptitiously minimised and the day’s tasks begin.

For all that yesterday, with its entreaties and its leaflets and its hopes may have claimed, this is just another morning. Brittle in the east, sodden in the west, changing everywhere, but everywhere alike. It is a Scotland that is still rabidly it’s own place yet ambivalently marked. Discarded leaflets, now relics, are swept along streets by a strengthening breeze to be finally crumpled into some field. The body is taking some step it cannot fathom.

Last night we dreamt. Today we wake to challenges and questions like nodes in a network. A gentle text from a partner is left unanswered and work commences. Everywhere tiny ideas form about next steps, salaries that don’t quite cut it, duties that grate under sad contracts, bills that loom with a force that only love can pay on time.

How many labours will be halted by history? Damn few and not today. Today we show that we have to get on with what we have, such as it is. This then is the heart of the matter: we delve back into to all our fluttering lives, delicate hopes and belligerent faiths.

All of these Scotlands shrug off the discomfort of being crammed onto one ballot paper and pride returns to a more mundane level. Tiredness fades in the front of white vans, where morning rolls console heads, as they look down at strange words in booming black fonts.

Politicians did as you’d expect. Leaders said the result was not what they had hoped for, but that there was a clear message that made it imperative for all parties to come together for the benefit of the people of Scotland.

And that the people of Scotland had spoken.

Are they still speaking today? Did that answer ring like a statement? Or did it sound more like another question: echoing like a catechism from another time.

It’s a Friday and the thought of the weekend brings a host of prospects: for many a long, dark, harsh shift, you’ll get through. For all those fights will be fought and the spent fluids of romances, dances, small escapes and adventures, must be cleaned up by someone.

All are not poised for work today. On a quiet edge of town an ageing man subconsciously sings to himself, that song about autumn that he can’t remember all the lines to.

Taking the dog up the hill, giving the wife a bit of time on her own in the house, time that they both know she cherishes. This delicate part of a routine carved out over their thirty years has a strange kind of significance. It has harboured thoughts of cancers and children that never came, and it has trod into the ground a thousand possibilities. Still able to get to the top with a brisk step, the dog still straggling behind, he looks around: back towards the town and its distant noises. Sometimes the hills can change around you, he thinks, as a strengthening breeze bites into his eyes. Though you thought they would always stay the same.

The high school. First class of the day files in, bags are dragged over desks and yawns suppressed. The teacher waits for calm to descend: making a silent contract that there will be some leeway before a bit of effort is coaxed out of them. This one; this class; they’re a savvy bunch. Even on this morning, these sixteen year old bodies, these identities in flux, are getting sharper by the minute.

‘So,’ she asks, ‘what do we all make of yesterday’s result?’

Silence. No one knows: for once there is no smart arse answer or cheap reaction. Just a lot of tired minds clawing about. What did it mean? Are we not the people that we thought we were? Did we answer a question about ourselves, or did we pose one? Together they know that they must look into that blank space of what might be and try to make something take shape.

For in that room of confused and brilliant faces, they have voted, thinking that they defined today yesterday. What will sustain these buzzing hopes, when even on these darker mornings, young minds still quiver with animation? For them the future, whatever it holds, is everything.

At the back of the desks a hand is put up: the silence breaks with murmurs of surprise, it’s a hand that rarely goes up. This new voice, shaking ever so slightly, asks: