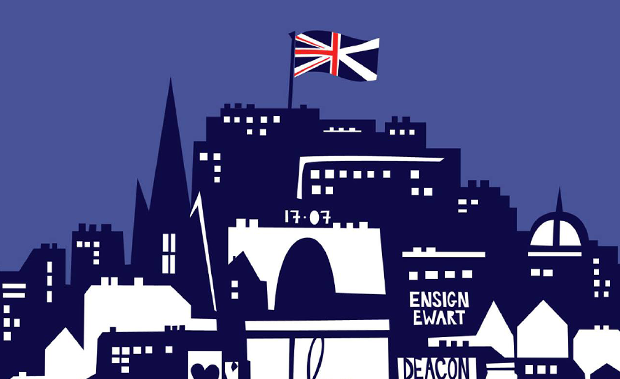 While information and misinformation of all shapes and sizes continue to circulate the media with increasing stagnancy, Karyn Dougan provides us with a go-to reading list of some of the best literature to mark this historic Scottish time period.

To understand the present, we have to look at the past. Political commentator Iain Macwhirter has proven to be a steady and confident voice in the independence debate. His book, Road To Referendum, is an excellent starting point to understanding the debate itself.

By examining the marks left on Scotland throughout the centuries – some of those marks being left by figures such as Wallace, Thatcher and Salmond – Macwhirter has carefully highlighted the path through history that has led Scotland to the question now before it. Though clearly excited by his subject, Macwhirter is considerate and unbiased in his approach, which helps to succeed in creating a credible body of work that is not only informative but completely engaging.

The Road To Referendum is a smart, sincere and up-to-date exploration of Scottish history and politics without the textbook jargon – a must for any Scot interested in the past, and ultimately the future, of their country.

How We Should Rule Ourselves
Alasdair Gray
Canongate

What this book lacks in size it more than makes up for in power. Alasdair Gray’s How We Should Rule Ourselves – co-written with Adam Tomkins – has a simple message: if you do not like the current situation, have the courage to change it.

Despite being published nearly a decade ago, the book is more relevant now than ever before. Fearlessly dismantling the idea that democracy and an effective parliament exist in the United Kingdom, the book presents a neat assessment of how “Great” Britain’s government moulded itself and the damaging effect this has had on both the country and the people.

How We Should Rule Ourselves is an intense yet eloquent plea to its readers to stand up and use their voice, otherwise we may continue to lose it. Bursting with information and vivacity, it’s bigger on the inside.

Taking a no-nonsense approach, Arguing For Independence highlights that, where some people would see England as the sole problem behind Scotland’s troubles, Scotland has far from helped itself.

Refusing to be blinded by any sort of national pride or prejudice, Maxwell highlights the pros and cons of independence, stripping the nonsense and ignorance that often surrounds the debate within the first few pages, dealing only with facts and common sense (two things that often get lost when delving into politics). Without shirking the difficult questions and unknown variables, Maxwell tackles the issues head on, putting forward a clear and concise argument that it deserves to be read by the entire nation.

This book is the result of one man’s life-long dedication to his country, one that has clearly not been wasted. Articulate and spirited, Arguing For Independence would be a good shout for any Yes voter to slip into their No friend’s Christmas stocking…

Do you need a break from listening to the politicians drone on? Scott Hames’ Unstated is an excellent collection of essays from some of the biggest names in Scottish literature – Kelman, Gray, Robertson, Bissett, Galloway – each expressing their own views on Scottish independence. Despite being for or against, the heart of each essay in Unstated beats with a passion and sincerity that politicians could only dream of having.

It makes for interesting reading: especially as some of these writers are people who helped set in motion the first wave for independence decades ago. Has much changed since? Do they feel Scotland is any closer to independence now than it was back then?

One aim of the book is to resist the tactical narrowing and gaming of the debate. And that means not corralling the writers into ‘Yes’ and ‘No’ pens where they can be easily contained and assimilated by the official campaigns, or made to symbolise political positions far less radical and imaginative than their art.

Hames has allowed the space and platform to provide passionate and creative people to once again lead the way for thoughtful and perceptive discussions, in a way that our politicians just cannot seem to do. It is an inspiring, and even uplifting, read no matter how you’re deciding to vote.

An interesting investigation into the Scottish psyche which may offer an explanation as to why so many Scots are anxious about the prospect of independence. In The Scot’s Crisis of Confidence, Craig’s investigation of the Scottish nation is sometimes ruthless yet necessary, leaving no stone unturned as she grapples with the stereotype of the Scottish both as a nation and as individuals.

In the latest edition, Craig has added a chapter to address the recent movement in Scottish politics and the idea of independence. Throughout the book, she paints a telling picture of the Scots’ predetermined negative attitude and how this effects its culture.

Pessimism seems to have been a trait drummed into our systems from centuries past and, despite our tendency to hold to traditions, this is something that we do not have to continue to accept. What better time to rectify this than now, with the smell of change in the air? Crisis of Confidence is a fascinating study of our nation and should serve as our wake-up call.

After all that non-fiction, you might fancy something a little different. Luckily, we now have the first “indy ref” novel written by Craig Smith to give the independence debate exactly what it needs – a bit of banter.

Though more light-hearted than the previous books on the list, The Mile nonetheless offers a more relaxed view into the mind of a Yes voter, and a more sweeping travel through Scotland’s history (with a lot more whisky). It’s good to see someone unafraid to write about the referendum with good humour and in a not completely unbiased way. Find out what happens when a nationalist, a unionist and a couldnae-care-lesser walk into a pub and why London is like a donut and Scotland a millionaire shortcake.

And finally, if you fancy a little bit of poetry, you might find Alan Bissett’s Vote Britain worth a watch.