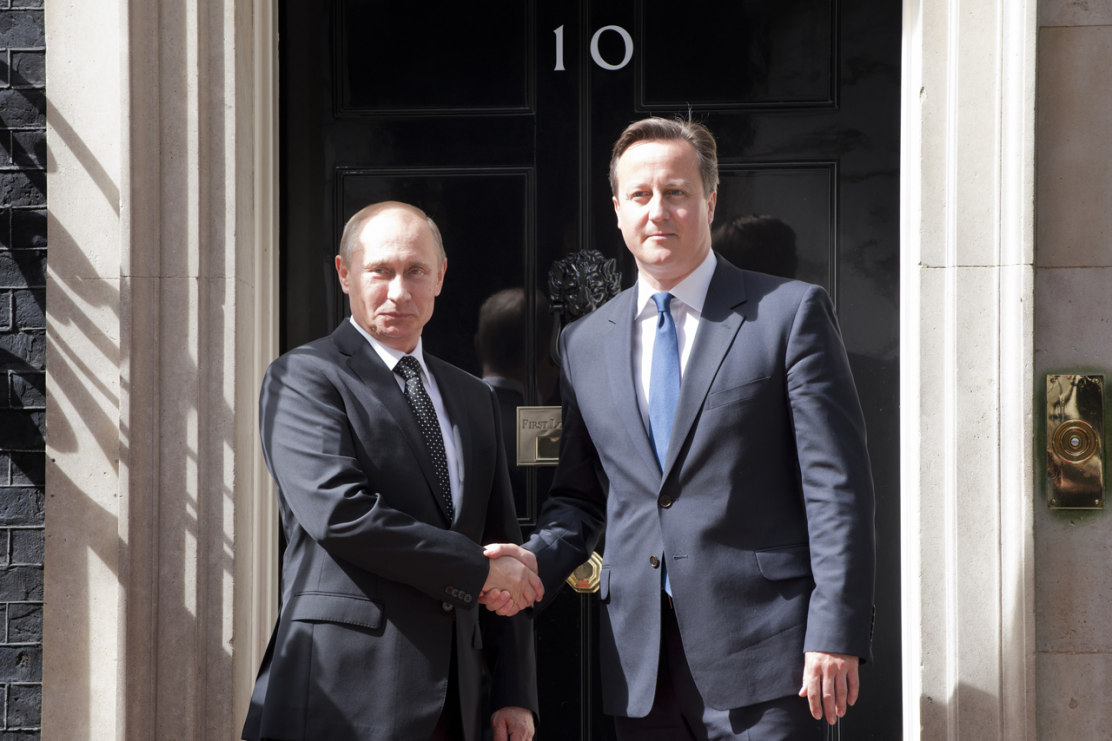 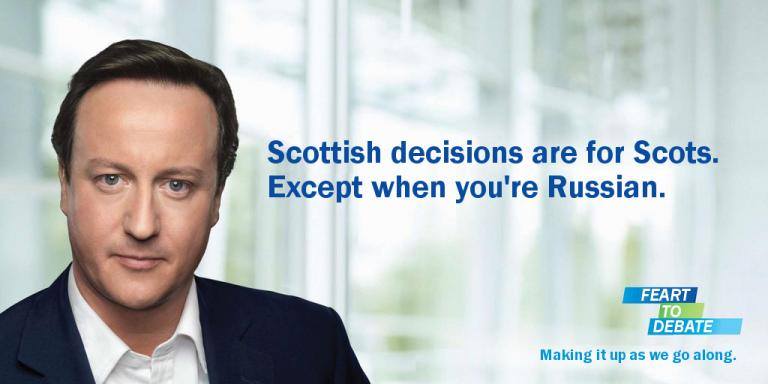 Downing Street has lobbied Vladimir Putin to help Westminster in the independence referendum, according to The Sunday Herald and Russian news agency Itar-Tass.

This information – almost certainly leaked from the Kremlin – was a rare glimpse into how Westminster is horse-trading influence in attempts to undermine Scotland in 2014. Very little is known of Westminster’s global lobbying against Scotland as the Foreign Office has refused to answer freedom of information requests in full.

A freedom of information request provided to National Collective revealed the extent to which the Foreign and Commonwealth Office has been briefing embassies across the world against independence.

There had been 8 diplomatic telegrams and ‘scripts’ sent to UK embassies in the first 7 months of 2013 (see document at foot of page). This included “General lines on the referendum” and a “Core Script” which were “sent to all posts”. The “Core Script” confirmed that the Foreign Office is briefing governments across the world on the independence referendum – but they refused to provide any details on the nature of these communications. This is despite the significant public interest in knowing Westminster activity in relation to the referendum. These are – after all – diplomatic networks that are supposed to represent Scotland.

With few details available on internal communications, Westminster is unlikely to willingly divulge attempts to pressure other governments. However, shreds of evidence exists. 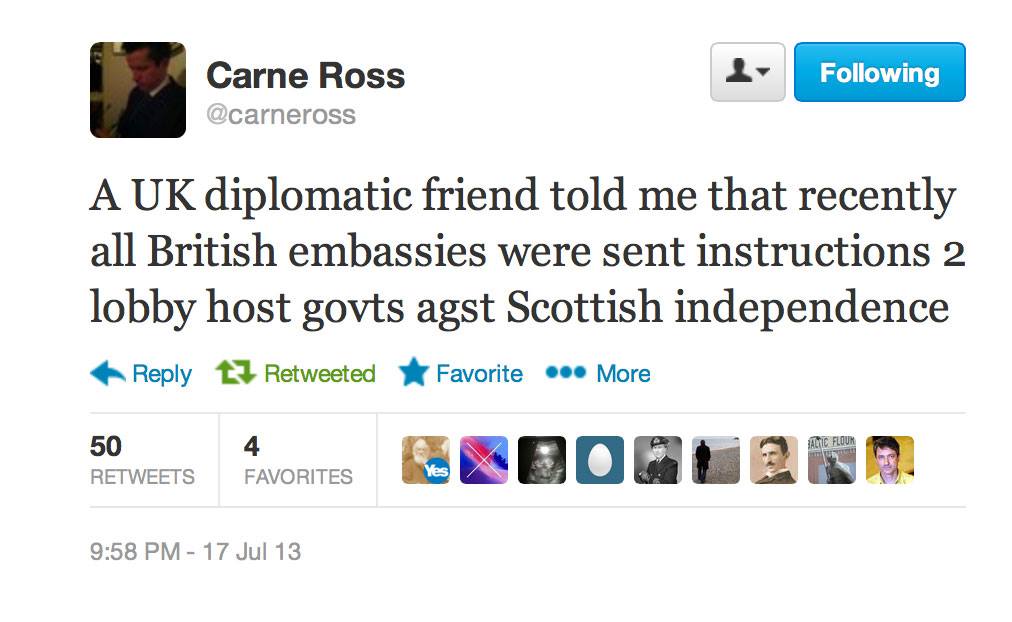 This statement was made on the 17th of July 2013. The information reply from the Foreign Office confirms that “General lines” on the referendum were sent to all UK diplomatic posts on the 1st of July 2013.

Westminster’s attempts to gain favour with Russia and Spain are now in the public domain. But what other lobbying has Westminster conducted that remains secret? And is it right that UK services should try to undermine Scotland’s international position, in the manner the Russian leak demonstrates?

Cameron and Westminster’s campaign against Scotland

David Cameron’s government is doing all he can to hang onto Scotland at home and abroad and this is perhaps no surprise. Westminster is desperate to maintain control over Scotland’s finances, military assets and natural resources as they are crucial to the UK’s international power, such as Westminster’s position on the UN Security Council and retention of nuclear weapons at Faslane.

The real shock is that Cameron has been so duplicitous in presenting his motivations. Recently Cameron stated that the independence debate

“should be between people in Scotland”.

This was his excuse for refusing to defend Westminster’s record in a debate with Alex Salmond.

The recent Russians revelations make Cameron’s claims laughable: Westminster and its Tory-led Government are leading the No Campaign, and as the leader of the No campaign, he should debate with Alex Salmond.

Revealed: 5 ways David Cameron is influencing Scotland’s Referendum, despite claiming that it should be between Scots. 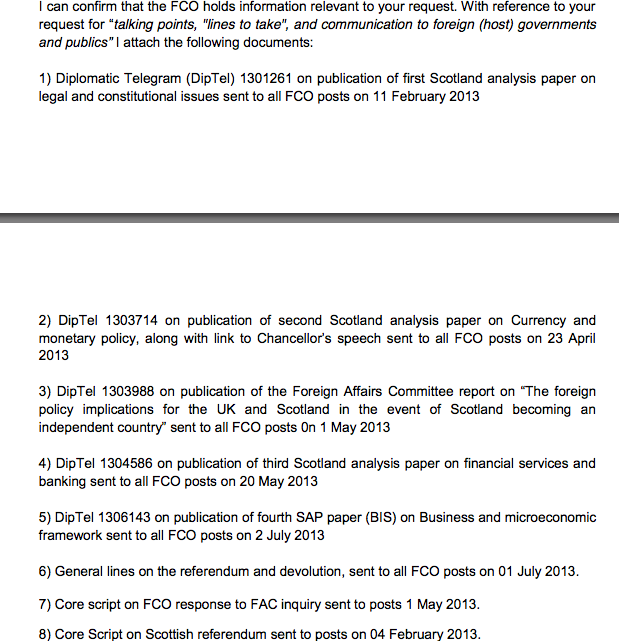