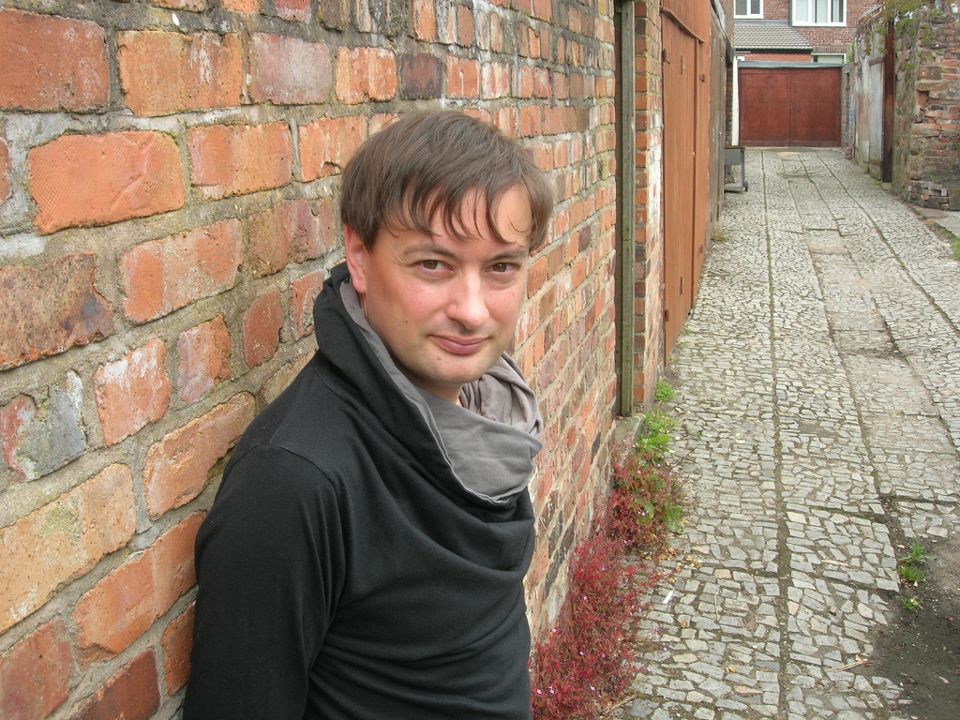 This is the story of my journey to Yes. I hope that it’ll reach a wide audience and if, by the end of it, you feel that it’s spoken to you then I’d encourage you to share it as widely as possible – not just online, but offline as well with your own families and friends, colleagues and neighbours.

My story starts with a confession – with something that I’ve never told anyone before. To be honest it’s a bit embarrassing, but given the importance of this September’s vote I think it’s important to put it out there, so here goes.

In 1997 I voted ‘No’ to devolution and to the creation of a Scottish Parliament.

Isn’t that funny? Looking back now it seems almost impossible to believe that anyone could possibly have opposed the creation of something that has made such a difference to Scotland, and that has helped improve the lives of so many Scots.

And yet the truth is that I wasn’t alone in voting ‘No’ in 1997. I was joined by fully one-third of Scottish voters who, for whatever reasons, voted against Devolution. It would be interesting to know how many of them, like me, look back and regret that decision. I imagine that plenty of them must do since, in the whole of the last 17 years, I’ve never met or heard a single other member of the public who has been willing to admit that they voted ‘No’.

The reason why I’m writing this piece is because a few months ago I tried casting my mind back to 1997 to try and recall why it was that I’d cast that vote. I was 21 at the time, well read, opinionated, pretty engaged in politics. There is no way that I would have made that decision without having a bunch of arguments prepared and rehearsed in order to back up and justify my stance. But when I came to look back over the course of 17 years I realised that I couldn’t for the life of me remember what a single one of those arguments might possibly have been.

Instead the only recollection that I was able to summon up was not an argument, or a thought, or a belief, but a feeling. A feeling that I can recollect every bit as vividly as if I was back there stood in that voting booth in 1997. That feeling was fear.

Fear of change. Fear of the unknown. Perhaps fear of failure.

So what can I put that down to? When I look back to my teenage years I guess that one of the main feelings that comes flooding back to me is an overwhelming feeling of uncertainty. From an early age lots of us are brought up to believe that those few years are likely to determine the whole course of our lives. There is an enormous amount of pressure on young people to make the ‘right’ choices. We’re told that making the ‘wrong’ decisions will most likely ruin the whole of our lives, forever. That we will never live down those decisions. That they can never be reversed.

Personally I was tremendously hung up on such choices. For years I desperately tried to cling on to anything in my life that felt comfortable, familiar and secure. And if that sounds weak-willed or pathetic then you should probably know that I consider myself pretty lucky. There are a whole bunch of guys that I grew up with who never managed to get past that phase of their lives. Who wound up stuck in a rut with no idea of where their lives were supposed to be heading. Guys who wound up dead by the age of 25 having pushed things too far on a weekend of partying, or who wound up dead by the age of 30 after their decade-long heroin habit finally took its toll.

Fortunately at some point in my early 20s I came to realise that that isn’t how life works. There are always new possibilities and new opportunities around every corner. And it doesn’t matter how hard you attempt to cling to what you currently have – the world will continue to change around you whether you like it or not. The moment that I came to accept that I was able to start letting go and before I knew it a whole new world of possibilities started opening up to me.

While I was casting my mind back to 1997, attempting to come up with an explanation of why I had made the choices that I did back then, I was struck by a sudden realisation. I realised that no matter when Scotland regains its independence there is an experience that all of the people who lived through that time will encounter sooner or later.

It’ll happen sometime between 15 and 30 years after independence has been achieved. We’ll be sitting with our kids or grandkids, or with any of the people who make up that first generation that were born in the years immediately following independence. They’ll be asking us about what it was like to have lived through that moment, and at some point in those conversations we will be asked a question. It might be worded a bit differently from conversation to conversation, but it’s a question that we will all be asked. And that question will be:

“But why did you need to have a debate about that? In fact – why did you even have to bother having a vote to decide it? Wasn’t it just obvious?”

Now for some of us it may seem like an obvious decision. However there are still many people out there for whom independence is still far from an obvious choice. They have plenty of questions right here and now. Those people that I’ve spoken to who have yet to make their final decision usually tell me that they’d like to vote Yes, but that they’re just not sure. One thing that I keep hearing time and again is that people don’t feel that they’re getting ‘the facts’.

What that really means is that people don’t feel as if they have access to information that they can trust. When both sides of the debate have a vested interest in tearing down each other’s claims then it’s unlikely that anyone will ever get the answers that they’re looking for from that direction.

There’s also a deeper and more uncomfortable truth that we need to face here though. When it comes to the future there quite simply are no ‘facts’. I can tell you for a fact that Tony Blair was elected as Prime Minister on the 2nd of May 1997, because that event took place in the past. But no-one can tell you who is going to be elected as Prime Minister on the 7th of May 2015.
History only goes in one direction and that is forwards.

Very often these ‘factual’ questions revolve around the economy, usually expressed by asking whether or not people will be individually better off financially. When it comes to considering the economic question I always find myself asking ‘at what point is history over? When will we be able to sit down and tally up all of the figures so that we can pass a final judgement on whether or not Scotland was financially better off by being independent? Does that happen one year after independence, or five years, or ten? How about a hundred years? Or five hundred?’

Having thought about it I can only come up with one truly honest answer to that question. And that is: ‘it’ll vary. At some points of our future history we’ll be better off independent and at other points there’ll be times where we might have been better off staying in the union.’ Having studied all of the arguments I personally believe that, on balance, an independent Scotland will spend a great deal more of its future being financially better off than it is just now.

Why should you trust me? You shouldn’t. I don’t have a crystal ball, but then nor do Alistair Darling, Alex Salmond or anyone else that you might care to mention. All I have to go on is my own past experience of fearing the worst and being proven quite categorically wrong.

What’s the right answer? There is no right answer. There is only what we choose to do. If things start going wrong then we’ll do whatever it takes to fix them – and that’s true no matter what choice we make on the 18th of September.

If you wake up on that morning and you still haven’t made a final decision then don’t worry about it – simply go in there and do what your heart is telling you to do. Because if you do anything else you’ll only spend the rest of your life regretting it. And one day someone will ask you that question and you’re going to have to try and answer it.