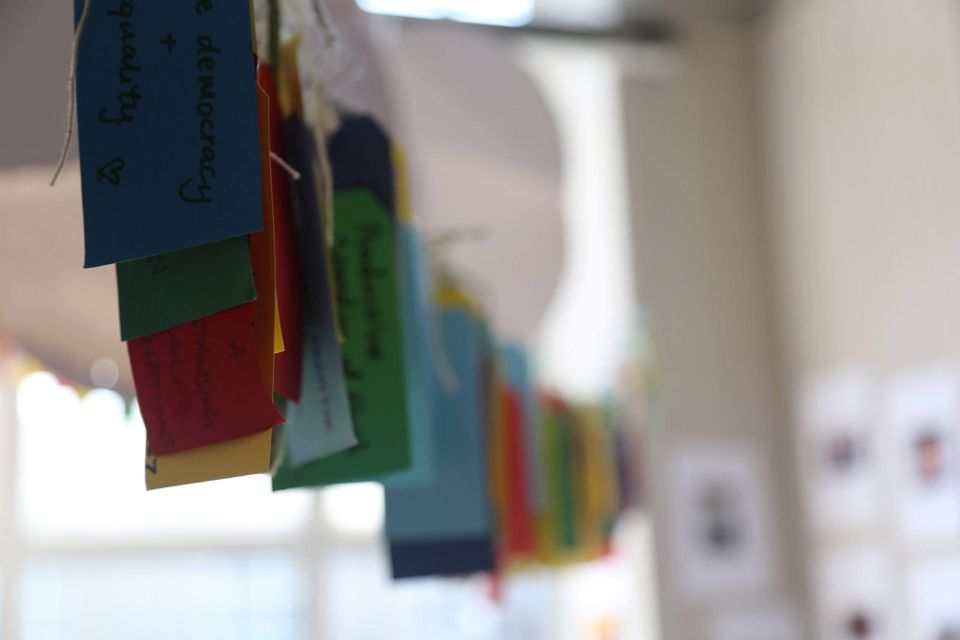 Those of you that watched last night’s referendum debate were likely left disheartened and confused. It featured two white males in suits discussing politics in a confrontational manner. Whether this was the fault of the politicians, the broadcaster, the mediator, whoever – it doesn’t matter. What is important is that this does not represent the referendum debate that I have been, and continue to be involved in, on a day to day basis.

What I’ve taken most from the coverage of the STV debate is not what was actually discussed, but how it shows how far we’ve come, and how completely and distinctly different it felt compared to the rest of the campaign.

What we’ve seen for the last two years or so is a mobilisation of the population like we’ve never seen before. And these people aren’t being motivated to do so because of what politicians are telling them to do. They are doing it because they see this vote as a chance to create a society that is fit for a wealthy, innovative 21st Century nation-state. And this is what the referendum is all about. It’s about putting money into people’s pockets that are currently empty as they queue outside food banks. It is about having a government that looks at the needs of the people of this country, and tries to tackle them, not use their tax funds to build weapons of mass destruction. It is so much less about the problems of the past in squandered oil money, and more about the potentials of the future and how best to harness our massive renewables potential.

Yet, the televised debate focussed so much on currency. Is this seriously of consequence to the people that currently don’t have money in their pockets anyway? Perhaps Irvine Welsh puts it more succinctly than I ever could: There are over 200 sovereign states in the world. All of them have a currency in one form or another. An independent Scotland would not be so uniquely bizarre that it wouldn’t have a working currency, and given our vast wealth, whatever one we choose to use will be stronger than most. We will in all likelihood use pound sterling. If by some chance we don’t, we’ll use something else. But as Irvine Welsh said, it is about where that money is going that is important. And the motivation of so many people to see that wealth more fairly allocated, and most importantly sustainably, than it has ever been under any Westminster government is exactly why this debate goes way beyond televised debates with politicians shouting at one another.

Independence is about vision, and the strive for a better society and ultimately a better world. To get bogged down in issues like currency is disheartening – to think that a country like Scotland, that possesses incredible natural wealth, would fall into the abyss because we may or may not use the pound within a currency union is nonsense. We are a rich, intelligent country – we’ll have a successful currency one way or another. It’s how that currency is spent on improving the lives of the impoverished that matters most. Yes offers a vision of how this can happen with independence. The No camp, or the political parties that make up the campaign, offer no sense of how these ills can be cured by remaining in the UK.

It wasn’t just the obsession with limiting the conversation to issues like currency, pensions, EU membership (questions and issues that have been answered and dealt with time and time again), that was frustrating. What this did was drown out any possibility of envisioning the kind of society that we want to see, and the best form of government to take us to that kind of society. This was exemplified by the out-of-hand dismissal of one audience members’ attempt to move the debate on from pensions to discussing an issue important to her – Gaelic language. The almost bemused appearance from Ponsonby, as if to say ‘why would we discuss such a triviality?’, let down what was otherwise a good performance from the moderator.

Another obvious let-down was the incredibly male-centric nature of the occasion. Two white-men in suits doesn’t represent an accurate portrayal of the make-up of our society, but does significant amounts to represent the inequality that continues to exist within our society. I can only hope that if another prime-time television debate happens, more is done to include the diversity of voices that exist within this campaign, and within the country more broadly.

The Yes campaign has an incredible groundswell of support from so many different backgrounds, with various different grassroots groups playing their role: from Radical Independence’s Mass Canvassing (in communities where people may not have even had a television, laptop or internet connection allowing them to watch the STV debate), to National Collective’s Yestival Tour.

People feel distant from politicians, and will likely continue to do so until a radical change is made to the system that brings about this disconnect. But with this campaign, we can already see the change happening. People are being engaged in the debate on their own terms, and with their own interests. The TV debates aren’t changing that, or maybe even influencing that. From my own observations across social media, the only ones switched on enough to have been excited by the debate last night are those ‘within the bubble’. If you’re on the outside, or desire to see real, radical change, you’re likely to have been turned off, left confused, or simply bored. The issues discussed didn’t represent the issues that have inspired people to get involved in the campaign.

Yet, it remains so, so vital to not get downhearted. Change is happening inspite of the media gazing on male politicians when incredible grassroots campaigns going on around them, certainly not because of it. As Kieran Hurley tweeted: Change is happening around us. What last night has most taught me is how the existing political system doesn’t engage the population. Voting No won’t change that political system whatsoever. Voting Yes gives us a chance to make sure that it happens. So let’s put fears and risk aside, and bring about the change that will engage the population in a new democratic system that corrects society’s ills and inequalities, and use occasions like last night to remember and motivate ourselves with the belief that a change is necessary.