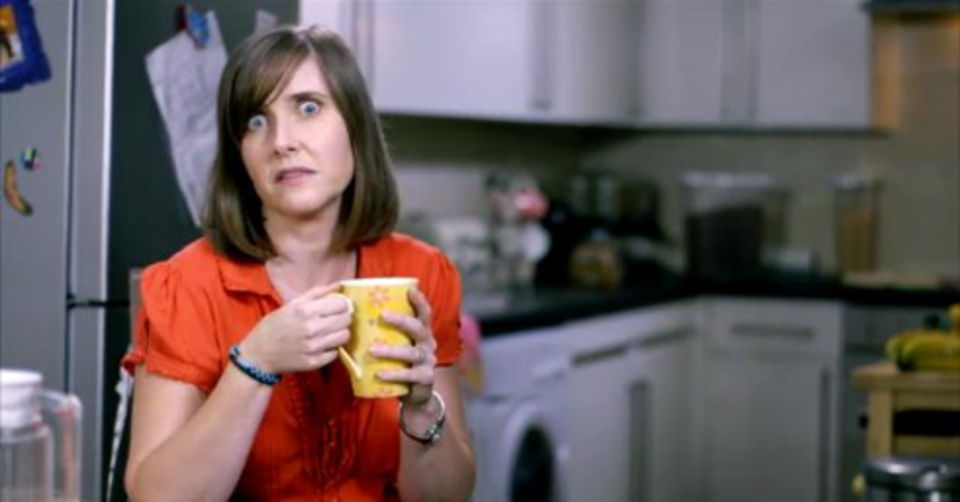 A horridly misguided attempt to appeal to undecided women voters by Better Together, has brought the issue of ‘Special Women’s Campaigning’ in the referendum uncomfortably to the fore.

This laughable parodying of an archetypal Scottish woman, who doesn’t know the First Minister’s name, and doesn’t want to engage in “politics chat” in the domestic realm, has provoked laughter and derision, as well as feelings of alienation and offense from women and men all across Scotland. The monologue complained about the lack of facts or answers, yet the ad contained no facts or answers, and resembled, more than anything, a very short soap opera from the ‘50s.

Despair and outrage have been accompanied by hilarity (because if you don’t laugh, you’ll cry) with all manner of humorous memes proliferating, but for me there is a more damaging element to this ad which I just can’t laugh at. One side of this campaign is actively trying to reinforce an unacceptable idea – that politics is not a woman’s concern.

Just last week, before this ad was released, I was starting to become irritated by some campaigning aimed at undecided women voters – that elusive demographic that could apparently make or break our referendum result.

Instead of wider and more diverse representation of women’s views and their reasons for voting one way or another, I saw that women were being targeted with special campaign events and specific communications – this came across to me like women were legitimate targets for being told what to think.

Nonetheless, I felt that this campaigning was a well-intentioned attempt to engage with an undecided demographic by appealing directly to them and trying to engage them in the debate. Until this advert, which just seems like a barely disguised attempt to tell the so-called archetypal undecided woman ‘It’s OK not to involve yourself in politics. That world is not for you.’

However, I have my own suspicions about the polls that have returned results showing many women yet to make up their minds on their referendum standpoint.

I happen to think that the huge swathes of reportedly undecided women have a lot to do with a culture where women are told that they don’t know what they are talking about when it comes to politics.  I’ve seen it routinely happen in conversation, not only in regards to the referendum, dismissal of women’s views and concerns, interruption and exclusion. And whilst it’s obviously healthy to have disagreement and debate, so many women don’t feel comfortable with adversarial discussions, with disagreeing or stating their own, countering opinions.
Some say “Oh I don’t know enough about it.” or become uncomfortable with “talking politics” – and no wonder, when their contributions to the debate are treated as less equal. There are wider social issues involved, such as pressure on women to seek approval, be the guardians of polite and gracious conversation, never disagree with men (or anyone) and be liked by all. Who can blame them if they feel excluded from the debate? Or disinclined to tell anyone what they think? I am lucky enough to be a well-educated woman, who knows the issues and is totally confident of her opinions being valid, and I have experienced dismissal, scoffing and ridicule when expressing my views. Or sometimes patronising and indulgent smiling, followed by a kind lecture on why I am wrong. I have experienced men (mostly older men it must be said) turning their backs on me to discuss with other men. I have been told, on more than one occasion, that I don’t understand the real issues at stake, and confident as I am, I have had moments of doubt where I’ve thought, almost as a knee-jerk, “Maybe I DON’T UNDERSTAND ENOUGH ABOUT THIS?”

I can only imagine what it is like for someone who doesn’t have confidence in their views. These thoughts are based on nothing but my own perceptions, and of course it doesn’t apply to everyone. But I do suspect that there are plenty of women who may just have made up their minds, but don’t want to tell anyone, and others who will struggle to make their minds up because they have been treated like they are incapable of such important decisions.

I can’t help but wonder, if a stranger can turn round and scoff at my views, why would he draw the line at his own family members, peers or colleagues?

And whilst I think it’s commendable that campaigns are ‘listening’ to the polls and responding by trying to engage undecided women, isn’t targeting women just a bit like saying “Women, you don’t know what to think, so let us tell you what to think.”?

I’d love to hear thoughts on this from any women and men – this is not about pointing fingers, but about a wider culture and my sincere hope that Scotland can be a place where women can feel totally comfortable expressing their views – whatever they are.