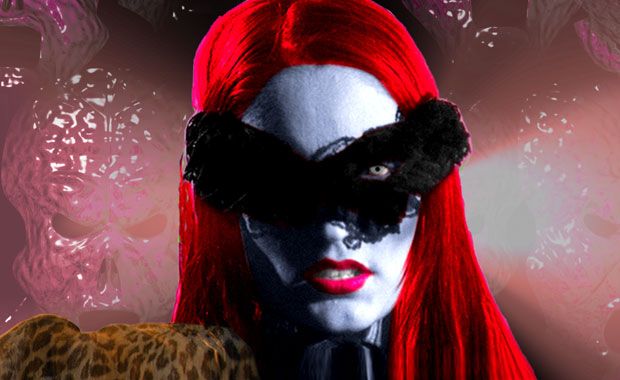 Year after year Edinburgh entertains tourists with horror stories plucked from a tantalisingly blood-soaked past: from the double-life of Deacon Brodie all the way through to the sad spectres that haunt Mary King’s Close and the underground vaults. But the supply of horror stories appears to be finite, not least because it would appear no aspiring authors want to dirty their hands in the more grisly seams of Edinburgh’s, or indeed Scotland’s history. The result: no fresh hell for the here and now.

To abuse and dislocate Alasdair Gray’s Lanark, no one imagines being scared witless in Edinburgh – at least, not anymore.  We are content it seems to endlessly wallow in the past instead of using it as the raw material to imagine the present.  One can only wonder what Robert Louis Stevenson and James Hogg would have made of it all had they been alive.

But help is at hand.

Enter Rose Garnett, personifying a renewal of Scottish Urban Horror, that is to say, modern horror set in Scotland. She lives in a fictionalised contemporary Edinburgh where wulvers and baobhan sith, the Scottish versions of werewolves and vampires infest the streets, rendering the restless dead and the demon stalking Salisbury Crags the least of her considerable problems. Rose is an anti-heroine: a remorseless psychopath who can communicate with the dead and the other supernatural inhabitants, enabling her to gouge a bloody niche for herself in a city that needs her in order to survive.

Story fragments chronicling her adventures can be found at Dead Central and a series of books is underway.

In the first novel of the series, Carnalis, Rose is hired by the family of a murder victim to track down the perpetrators in a cold case that is twenty years old.  But Edinburgh’s past is about to rise up and haunt its citizens as an ancient force, the product of the city’s so-called witch burnings, has been awakened, threatening not just Rose’s investigation but her life and the city itself.  To have any hope of staying alive, she must find the Mask of Deacon Brodie, a talisman enabling the bearer to cross any boundary unnoticed.

The city and its history loom large in Rose’s mythology and both are inseparably bound together.  The fact that a story can be set in Scotland without being accused of parochialism is a comparatively recent development.  After the 1979 referendum on devolution when such criticism was at its height, it was a brave decision for any aspiring or indeed established author to make.  Some however dared to do just that, notably Gray, Kelman, Banks and Welsh and in the process they altered the Scottish literary landscape.

Perhaps now the same can be done for Scottish Urban Horror, a renaissance of all things gothic and the uncanny; not just made, but set in Scotland, with a leavening of black humour to help the medicine go down. As Rose says:

“Times have changed, dragging the political process along for the ride.  Scotland has a parliament once again and there has even been speculation in some quarters that, never mind setting their works at home, Scottish artists, writers and musicians are somehow more amenable to the idea of Scottish independence itself. Perhaps, perhaps not.

“The important thing is that progress along the long and stony road to independence is being made and soon the ‘wee pretendy parliament’ may, Pinocchio-like, turn into a real one…”