January is the probably not the photographers favourite month. Not much light, and not too much going on in the post-Christmas hangover period. However despite the short days, there is something in the quality of winter-light that, for me, aches with melancholy and allows the possibility of wonderful images. In week eleven this pale winter-light is what makes the image of the girl throwing a ball on the beach special. As the sun sets all colour seems to bleed from the day and it is my favourite time to photograph. For the portrait of Mick & Jill K I had taken quite a few posed images and nothing seemed to work – as we were having a break Mick went indoors and brought out his banjo leading to an unposed, natural image that was so much better than the earlier ones. Finally an image from the interior of Renfrewshire Council – all asymmetrics and high walkways. 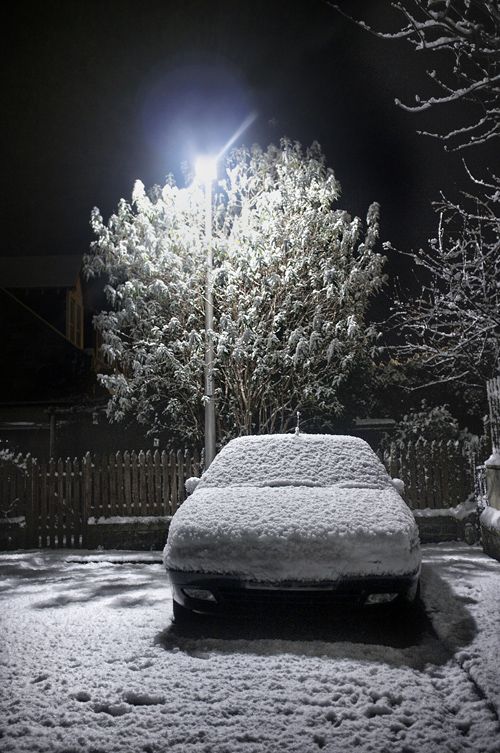 Week twelve and finally some snow. I had been in Aberdeen for the day and as I was heading back to the car, I looked down a side-street to see a snow-covered car lit by some spectacularly bright street lighting. The Scottish Under 16s Womens Basketball team visited Royal Mile Primary School in Edinburgh prior to their departure for the European Championships, and this provided my second image of the week. Finally, a shot of HMV in Edinburgh in the week the store announced it had entered administration. 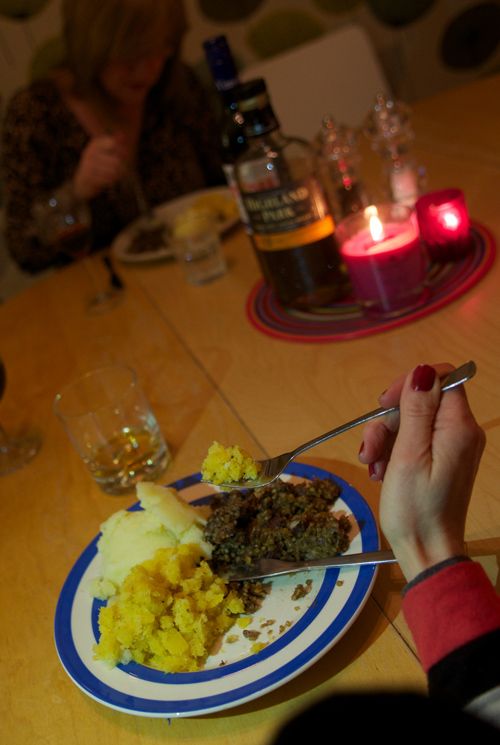 Week thirteen bring one of my favourite photos so far – I finally managed to get a usable image of the Govan boys after taking a lot, and I do mean a lot, of photos. Worth it in the end. More snow in the Cairngorms for the second image. We walked up Cairn Gorm instead of taking the funicular railway, and after a good while of walking through dense cloud suddenly emerged into brilliant sunshine. Finally, Burns Night. I was originally wanting to photograph a big set-piece event but then decided to go the other way and ended up with an image from an everyday Burns Supper at home. 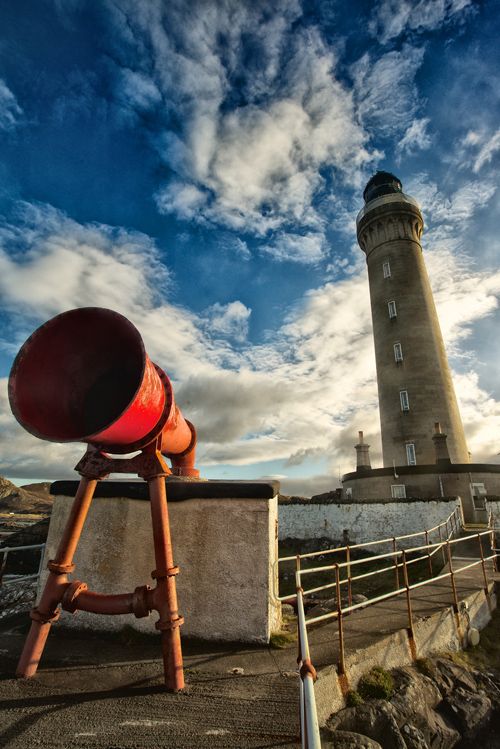 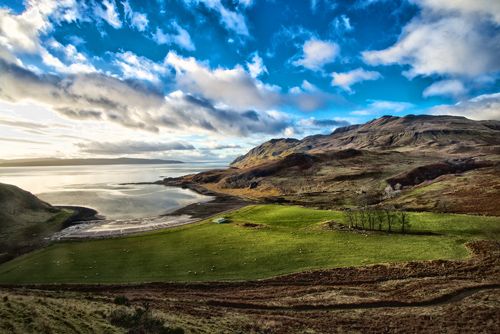 Week fourteen took me on a wonderful trip to Ardnamurchan. The weather was beautiful the entire way to Ardnamurchan Point and Corrachadh Mòr, the most westerly point on the mainland of Scotland (and Great Britain). The drive from Fort William is only just over 40 miles but it is single track road for most of the way so cannot (and definitely should not) be rushed. Heading due west from here you would not encounter land for 2000 miles. 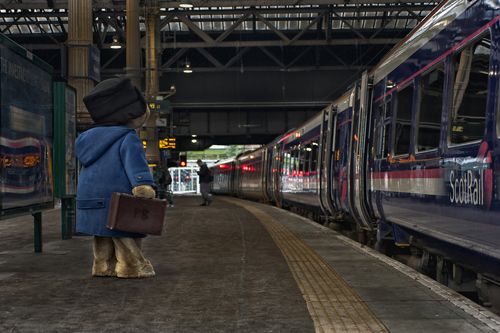 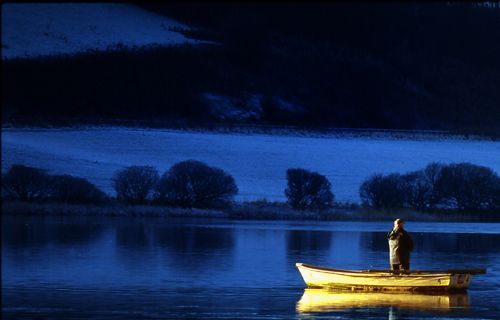 Week fifteen found me wandering the night-time streets in search of a good shop-window shot – it is surprisingly difficult to find somewhere with no parked cars blocking the shot. The second shot this week is Paddington Bear at Edinburgh Waverley station, possibly en route to Peru. Lastly a shot from Lindores Loch in Fife. Moments before and moments after the fisherman was in shadow – definitely a lucky shot!

‘100 Weeks of Scotland’ was featured in today’s Scotsman.