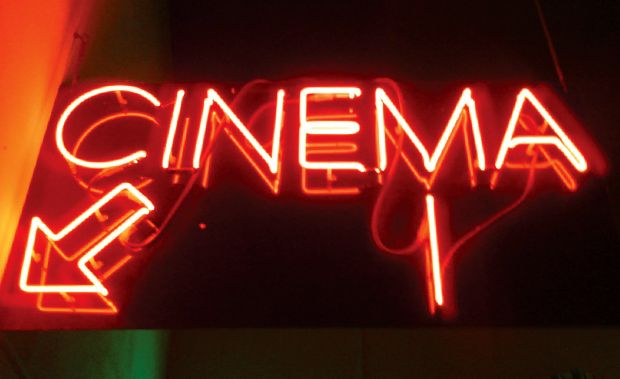 2012 marked, arguably, the biggest blockbuster showdown in recent years with three major comic book franchises all going head-to-head. 2013 is a bit quieter in that regard.

In fact, the trend for summer blockbuster season 2013 is the end of the world to some degree. Big choices which could change the fate of all feature heavily. That theme of ‘doom and gloom’ sits alongside the usual range of sequels, franchises and remakes.

Here’s a run-down of what’s in store this summer at a cinema near you!

Team Korea – World Police: The British Prime Minister calls on the help of North Korea’s Kim Jong-Un to persuade Scots once and for all that not having a nuclear deterrent would be disastrous. The South, however, have other ideas!

Free Willie: Lib Dem leader Willie Rennie is locked in a small room, tasked with untangling all 14,000 international treaties via telephone. Will the Khmer Republic ever answer his calls in time?

The Big Lamontski: It’s a hilarious case of mistaken identity as Johann Lamont and Ruth Davidson are repeatedly thought to be the same person for the entire movie.

Fight Club: The Scottish Affairs Committee turns out to be a front for an underground Fight Club, which is frequented by Ian Davidson and a “friend” who definitely voted no to the Bedroom Tax.

Raging Bull: An increasingly irate Unionist heads for a breakdown when his nonsensical preaching fails to convince all.

Pulp Fiction: A mob of crazed Nats destroy a pile of Better Together leaflets containing questionable data on the UK’s AAA credit rating.

2014 – A Scotch Odyssey: Those on the wrong side of the referendum result turn a Trident submarine into a spaceship and get the hell away from Earth before it collapses around them.

Star Trek Into Darkness: When the rest of the crew is kidnapped, Scotty assumes control of the ship in order to save his friends. There’s nae chance he can dae it!

Lost In Translation: Confusion reigns the day after independence is declared as now-foreign Scots have no idea which language they are allowed to use. Will they ever get the details?

Honey, I Empowered The Kids: Moira Salmond is horrified when her husband lets teenagers old enough to get married, leave home and serve in the Armed Forces get a vote on their country’s future.

The Yes Man: A negative Unionist makes a vow to say “yes” to everything for a year. There’s only one problem – he doesn’t think Scotland should control its own affairs. A thriller that will keep you gripped as the biggest conundrum of his life approaches…how can he say yes on September 18th and yet save the Union?

Night of the Living Dead: Horror, starring Jim Murphy, Douglas Alexander and Michael Moore. Three men barricade themselves inside their favourite Westminster pub, keeping them safe from the horde of Whitehall officials coming to take away their jobs…and their livelihoods.

Mission Impossible: British agent Alistair Darling has 24 hours to find the positive case for the Union. Will he succeed in protecting the lifestyles of an absurd London elite?

Back to the Future: Mad Professor Curtice accidentally sends a kid into the near future of an independent Scotland. The young scallywag is thrown in jail for tuning into BBC’s Match of the Day and applauding a wonderful Gareth Bale strike on the telly.

The Great Natsby: First Minister Alex Salmond recalls his first meeting with the greatest Scot who ever lived, Gordon Brown.

The Day After Jam Tomorrow: Chaos emerges on the streets as it turns out all the pro-UK parties were lying through their teeth about more powers for Scotland after all. Again.

The Hangover Part III: In their latest adventure, the boys end up in Glasgow the day after a Yes vote is declared. It’s the mother of all hangovers!

Submit your own blockbusters using the hashtag #indyrefcinema on Twitter!