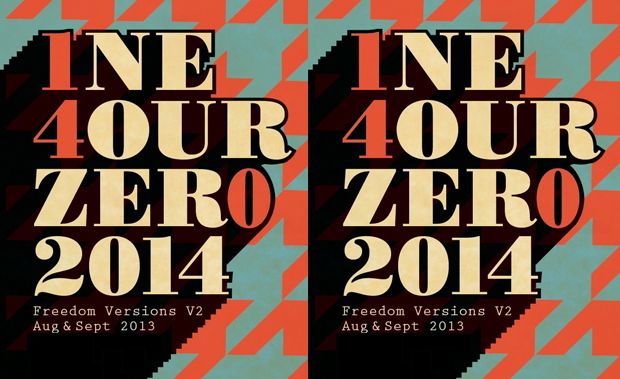 On Sunday, with just 500 days left until the Scottish Independence Referendum, Creative Stirling launched the second incarnation of the ‘Freedom Versions’ project: 1NE4OURZERO2014.

And I’m here to talk about it.

Last year, for the first part of the project [Freedom Versions V.1] the Old Town Jail in Stirling was transformed into a large scale collaborative installation of riotous visual art, musical performance and printed written word exploring the themes of freedom, independence, colonisation and alienation. This year we aim to explore those same themes in relation to the independence referendum, and we have an open invitation to the creative and cultural community of Scotland to participate. The project process will end with an interactive print project purposed with creating an important social document; capturing the views of the nation as we approach this defining moment for the future of Scotland.

When you turn on the TV or open your morning newspaper to find out more about the independence debate you’ll likely be greeted by faces you already recognise. Whether politicians, political commentators, economists, academics or celebrities there’s always a figurehead working through the facts and figures or sharing their opinion on the issue. This is great. It gets us all abuzz; blethering away in pubs, on trains, on long car journeys but, for some reason, to the mainstream media we – the public – are rarely anything more than a statistic on one of the various polls asking ‘should Scotland be an independent country?’

This is where 1NE4OURZERO2014 comes in. We’re looking for: artists, writers, plumbers, engineers, housewives, home helps, teachers, academics, painters, cooks, students, dossers, skivers, strivers and the generally content (people from all walks) to submit short statements, poetic/prosaic lines, comments and ideas with which to create a shared visualisation of post-referendum Scotland. We want passion, emotion, expression, ideas, questions, concerns, visions, hopes and fears because we want to prove that the people’s thoughts on the matter are more than a Yes/No/Veto on a piece of card, more than a pixel on (yet another) independence poll, more than a cross in a box.

We will take 40 of the most considered, inspired or powerful statements and screen-print them by hand in a limited edition series, which will be exhibited at the Old Town Jail in Stirling, from the 2nd Aug – 14th Sept 2013. On-going project documentation and contributions will be published through social media to encourage discussion and fuel the ongoing development of the project. We are creating an archive of articles, links and videos relating to all aspects of the debate from education and energy, to law, culture and nature which will be available soon to help you make an informed decision as to the content your submission. We will also produce a hand-screen-printed newspaper featuring every 140 character contribution we receive; creating an important social document for future generations to look back on.

It’s important to note here that the project will be impartial, we aim to enable people to reflect on the question of independence beyond polarised political debate through the lens of Scottish culture and heritage. We want to create a platform to explore the role of artists and thinkers in Scotland on the question of our contemporary cultural identity, and by submitting you will have the opportunity to share your own views and ideas that don’t meet a political objective – when maybe they should.

We needn’t be so passive in the debate surrounding the referendum, there are no valid or invalid opinions, we are equal in our expressions and 1NE4OURZERO2014 wants not only to highlight this equality, but also to encourage creative and critical perspectives of a post-referendum Scotland.

Authors of the 40 shortlisted statements will receive an original print of their submission and a free copy of the newspaper. All contributors will be invited to the opening. Submission guidelines are up on our Tumblr page, deadline for submissions is the 30th June. 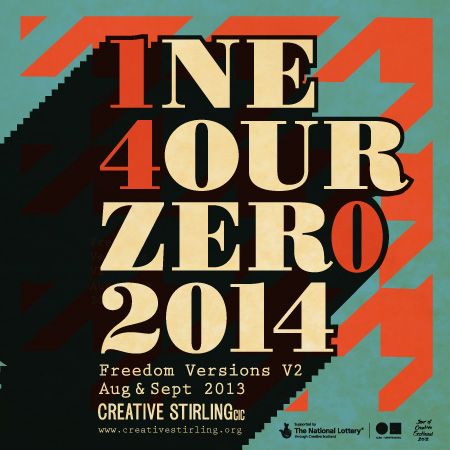