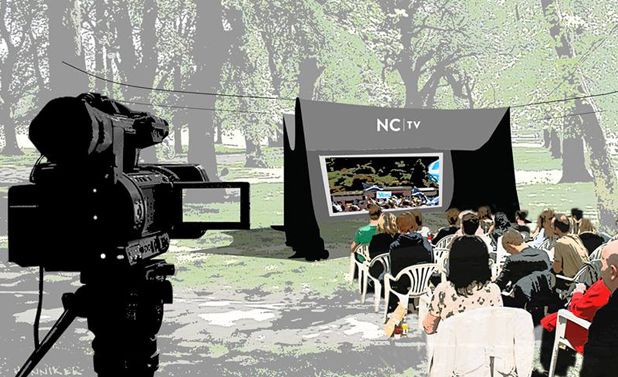 The Cinema That Comes To You

Once upon a time, not so many years ago, the people of Scotland spent their weekend evenings in their local picture houses. Today we find these places of communal activity, shared laughter, tears and education lost to the power of large commercial multiplexes and the harsh reality of 21st century economics.

Today we live in a world of pluralism and omnipresent graphic content. We can watch film and TV when we want through our computers and phones, but something is lost in the sharing of the act of viewing. Guerilla cinema, showcasing the vast and diverse information and talent of Scotland can take film back to the people in a variety of locations throughout the country. Once more our towns and cities will talk of what they have seen together.

With National Collective reaching out to communities across the country there is now an opportunity to express our increasingly varied artistic content at a local level. With a small, flexible and cheap system our individual branches can each have their own cinema to take to the people directly. With a little rope, a large white sheet or two and a lot of creative freedom and imagination, guerilla cinema can inhabit spaces across Scotland and be packed away and moved at the end of the day. Your cinema and its content is only limited by your vision. Want to have a pop-up gig or live stream an event happening elsewhere, how about the cinema becomes your stage? A simple system of building and its adaptive nature means you can pitch up almost anywhere and transform your space to be a little home for National Collective events.