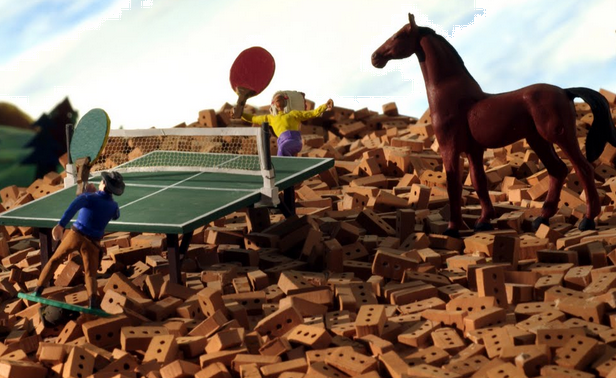 Following claims made yesterday by Margaret Curran, that a vote for independence will be ‘throwing up barriers’ between Scotland and the rest of the UK, National Collective can exclusively reveal that artists of the pro-independence movement  have already been making practical preparations for a Yes vote.

In a move that has been branded ‘brazen’ by some and ‘inspired’ by others, National Collective have today placed an order for 50,000 bricks and 10,000 litres of mortar in anticipation of a Yes vote.

The reasoning behind Project Wall is simple: ‘If we put up a barrier, the creative talent can’t leave Scotland’, claims a prominent member. They continued: ‘We’re sick of people with creative talent thinking they have to move down south to London to get noticed. Well not any more, no-one’s going anywhere.’

As the inventors of the television, the light bulb, Irn-Bru, Robert Burns and anything else great, Scotland has for a long time laid claim to its identity as a veritable hotbed of creative activity. But is this creativity being diluted and compromised as part of the UK? Almost certainly. Instead of allowing our ideas to flow to others, Project Wall will only strengthen Scotland’s cultural identity by ensuring that ‘the English can’t see in’.

Utilising the skills of key members of National Collective who are also architects, Project Wall will be an art installation built on ‘strong foundations’.

Residents of Gretna Green also welcomed the move by National Collective as Project Wall promises to liven up the local scenery a bit: ‘We’re sick of looking at the same old hills,’ said one local, ‘with a few pictures painted on it, it should brighten the place up nicely.’

(Donations towards Project Wall and other worthy creative projects can be made here.)