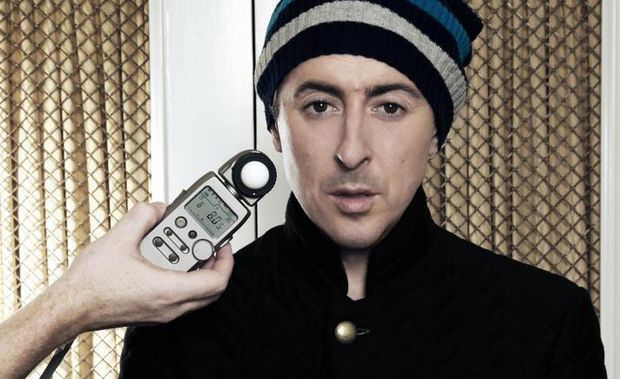 Above all else I am an optimist and I believe in the power of positivity. I really can’t think of any situation, ever, that would have benefitted by more negativity and less hope.

The Yes campaign for Scottish independence is, to me, the epitome of hope, optimism and positivity and I believe that independence is best for Scotland. That’s my opinion.

I was, if not a child, at least a youth of Thatcher. I was 14 when she swept the Conservatives into power and it wasn’t until I was 32 that I saw an elected government that I, and Scotland, had voted for. That’s right. For all those 18 years Scotland was governed by a political party it had not voted for.

In 1997 not a single Conservative MP was sent to Westminster from Scotland, and later that year a referendum took place and Scots voted unanimously to have their own parliament.

I was living in London by this time, where every day I was reminded of my Scottishness, my difference. Soon after work took me to America where I was lauded and celebrated for my Scottishness. It was the beginning of my understanding of what Scottishness actually is.

‘That’s not fair’ is a saying I remember from my childhood but as I grow older I realise it’s a national mantra of Scotland. If something’s not fair, if there is some injustice happening, we do something about it. Equality is inbred in us. We care about each other. We like to let go and have a drink and a chat, and we are at our best when we are open, honest and yes, positive and optimistic.

Devolution was a national expression of positivity amd optimism, and it has worked. The confidence and positive spirit of Scotland I encountered when I went back there post-devolution was palpable and intoxicating. And soon I was working for the National Theatre of Scotland, a manifestation of the new age of homegrown excellence and international collaboration, and borne directly from devolution and the priorities of the Scottish parliament.

Unfortunately I’ve since discovered that I can’t. Because my main residence is in New York and I will be working there on Broadway for most of next year I am ineligible to vote and have had to come off the electoral roll. I am obviously very sad to miss this opportunity to take an active part in deciding Scotland’s future, but despite that I am determinded to use my voice and express my opinion – two traits that every Scotsman both deserves and holds dear.

I started off by saying I am above all an optimist. I have recently been reminded that the greatest spur to optimism and positivity can actually be the very opposite: in my case the negativity, vitriol and malice of some quarters of the Scottish press regarding my buying a home in Edinburgh, and especially from the proponents of the No Campaign, or to give it its utterly cynical, formal moniker Better Together.

I say cynical because the words ‘better’ and ‘together’ have absolutely nothing to do with trying to bring someone, or something, down and having no positive ideas or attributes about the alternative status quo to offer in return. It seems more outrageous and transparent in the light of this week’s launch of the White Paper released by the SNP Scottish government that there is no equivalent dialogue being put forth by the naysayers, no plethora of reasons why the Union should be maintained aside from that old warhorse long favoured by the cornered, angry and yes, negative diehards: fear.

Over the past month I have been accused of trying to buy a vote, as though I had no intention of ever using my flat in Edinburgh. I am actually writing this from its living room.

And whilst the No Campaign will be happy that I am not indeed able to vote in the referedum next year and they appear to have won by their media bashing of me, it is a Pyrrhic victory, for they have only spurred me to use the voice I have to reach out further and louder to express my views about the amazing, positive change we Scots have within our grasp, and in doing so I believe I am representing the very values and traits of what what being Scottish is all about.