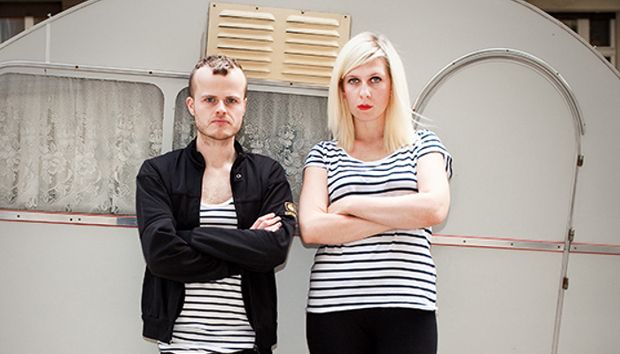 PoP Campaign are a duo of music makers. Born in Glasgow, hibernated in Berlin and now lording it in Londres. In their three year existence PoP have released two albums and played countless shows throughout Europe. Their live set is a mixture of aural delight, shimmering glitz and audience participation. 2014 will see them take their live show to Europe. Shows are listed on their Facebook page.

For me, independence is a simple choice between accepting the current state of play or aiming for something better.

Scotland has given a great deal to the world. There’s no denying it.  I won’t bore you with all the usual spiel about invention and culture as you can read all about it elsewhere in far more depth and authority. Needless to say, our output is truly worthy of pride.

I, like most of you reading this, am proud to call myself Scottish. However, to say that this has always been the case would be a downright lie. There are undoubtedly parochial attitudes towards everything from homosexuality to religious preference indoctrinated in many Scottish people. This, of course, is not unique to us but it is shameful nonetheless. Unfortunately, I’ve witnessed things in Scotland that I wish I hadn’t.

Quite simply, I don’t want that pish anymore.

I feel that Scotland (as well as the rest of UK) has become guilty of laziness and apathy to the social issues surrounding our planet.

The time has come for a complete change. The south of England (and by default the rest of the country) seems to be moving further and further into the political abyss of Farage and dangerous isolationism. That’s something I want no part of. Do you? If we remain in this union then we’ll have no choice but to be carried along on the wave of selling your granny for a fiver and driving your new Polish pal to the airport.

Independence does not have to mean locking the doors. If we want, it can be our key to the world. We can encourage trade with many of the big players whilst building a fairer society. It’s a game that Westminster will not let us play.

The drug dependency, child poverty and social deprivation rates in Scotland are unacceptable given the wealth that surrounds us. However, there are only so many times we can blame Thatcher and successive regimes for the destruction of our communities. We have to reclaim our identity by standing on our own two feet. There is a plethora of talent throughout our nation but sadly a lot of it is taken away for opportunities elsewhere.

We must show that we can be an embracing, forward thinking and modern country with plenty going for us. That means keeping all our talent in Alba and making it less attractive for the creative forces in our land to emigrate to Londres at the first opportunity.

At the moment, all I see is a rut. We must push for something else.

At least I’m daring to dream. Why aren’t you?

PoP Campaign are playing Mad Hatters in Inverness on 25 January.