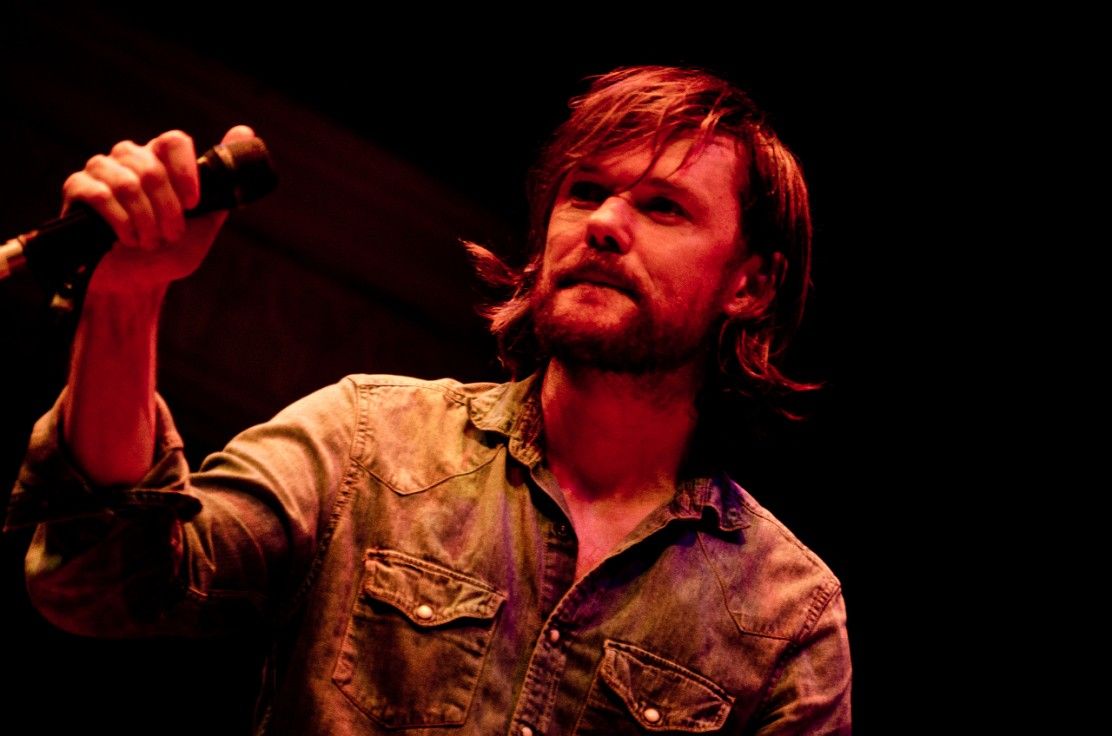 It’s the sixth of January. It’s 3am. The contents of a galactic tub of Haagen Dazs wallows in your stomach. There’s an ashtray in front of you with more ‘douts’ than Vincent Van Gogh, and your kitchen now looks like Oliver Reed’s been given the keys to a vintage cellar. It’s less gymnasium box-jumps, more Jim Carrey box sets.

It’s only been six days since you drunkenly ushered in a new start, and already you cannot hear your internal monologue curse itself for the shrieking sound of each resolution smashing into a thousand tiny pieces nearby.

Fortunately, like your mother, King Tut’s is well aware of your infallibility (and also your love of Scottish music), and will once again continue to ease in the guilt of impressively breaking promises quicker than you could a soggy Hobnob. As much as this column aims to feature music goings-on from all across the country, with Tuts’ Resolutions and then the behemoth Celtic Connections, in January the focus is well and truly Clyde-side. To help haul you out your bed, Electric Honey newbies Harry and the Hendersons will fill Tuts with harmonies dipped in BBQ honey glaze and roasted in soul (6 Jan), Tijuana Bibles will scorch the New Year guilt from your very bones (12 Jan), or you can escape up into the atmosphere with The Moon Kids‘ jangly throw-back tales of selenology and lollipop-dipped love (4 Jan). Any hip hop is sadly omitted from the programme, though Deathcats!!! lead a strong line-up of lo-fidelity, with Secret Motorbikes removing the wrapping from their new album too (13 Jan). The most eccentric casting occurs on Sat 11th Jan. If your swelling New Year cranium covets gypsy tales through strings and heartstrings, there’s A New International (formerly The Starlets). Whether you’re pining for the ska-and-sarcasm filled gambol of Saint Max & the Fanatics, or yearn to be soothed by the harmonica-yielding headliners – and SAMA 2013 Best Newcomers – The Holy Ghosts, ensure you arrive early to be whipped into shape by the Colonel… Hailing from borstals, Mombassa and truly beyond this heliosphere of weird, Colonel Mustard & his Dijon Five will line up totally un-regimented, and not long after going AWOL from their conformist overlords.

Consider the Colonel’s show boot camp for your New Year’s misfirings (if boot camp consisted of strange costumes, inflatable bananas, brass instruments and outlandish yarns, that is). Midway through the month, music stretching across each colour of the musical spectrum arrives in Glasgow as the city basks in its celtic heritage. Programmed by Caipercailie founding member Donald Shaw, Celtic Connections sees artists from all over our spinning sphere feature in over 300 events, and almost no genre of music is left untouched. Celtic Connections is a bustling microcosm and clear evidence that music yields far more power than any other language. It also carries the guarantee that you’ll – amidst the drams, accordions and concert halls –  stumble across something you previously would’ve never listened to. It’s expanding quicker than your waistline, so it’s difficult to even know where to start. We’d also only focus on Scottish music, but with this mixture lying cap-open so close to home, it’d be absolutely criminal not to sneak a swig or two. Under the bricks of the Arches, Colin McIntyre’s lot Mull Historical Society are set to play – for the first time ever – their critically-acclaimed debut ‘Loss’ (17 Jan). On the same night, The Treacherous Orchestra will (quite literally) fill the stage of Royal Concert Hall, while the immersion of reggae ska and the marriage of Arabic and Tuareg see French collective Dub Inc arrive at the 02 ABC.

Only a bag of white robes and a sheet of blotter acid short of becoming The Polyphonic Spree, the exceptional Second Hand Marching Band will grace the 02 ABC on the same evening (19 Jan). The 24th conjures up all sorts of difficult decisions, with Withered Hand playing Platform, Dewar’s Experimental Batch artists Raghu Dixit and Suhail Yusef Khan landing at the Oran Mor and Mitchell Library respectively, and Over The Wall’s Gav Prentice being enlisted to help soundtrack ‘Rantin’, the latest show from trailblazing playwright Kieran Hurley (Arches, 24 Jan).

Olive Grove Records will showcase bones of their label (Oran Mor, 26 Jan), with Randolph’s Leap, The State Broadcasters and new capture Call To Mind among the throng, as well as hosting a rare The Moth and the Mirror appearance, which contains members siphoned from both Frightened Rabbit and Admiral Fallow. January has an arresting end. Trembling Bells prop up Canada’s enigmatic The Deep Dark Woods in the hub of Sneaky Petes (31 Jan), while Eugene Tombs‘ psychedelic canter resurfaces at Mono (30 Jan). While Imelda May and Bobby Womack will dominate the Celtic Connection headlines, Mogwai will undoubtedly command the plaudits by malevolently stripping the Royal Concert Hall of its innocence on Burns Night (28 Jan). The stunning musical mastery of Kris Drever’s Lau will take to the City Halls (30 Jan), with their recent SAY shortlist nomination finally giving the understated trio due credit (and with it a larger audience). So from the dark abyss of your settee – one where you’ve made more false promises than a Coalition Government, allow at least one resolution to be upheld. Fair enough, you’ll have seen more junk in January than a car boot sale and been thrown out the gym for smoking on the treadmill, but with a thriving city all astir, excuses for not making as many gigs as possible will be yours and and yours alone. January’s final night will have the beautifully haunting echoes of Rachel Sermanni coruscate Kelvingrove Art Gallery’s concourse. If you’re in the mood for initiating another resolution after a month’s success of upholding this one, you could always sleep overnight in its atrium, kicking and fighting off drunken strangers, getting good practice in until it’s time for your 8am Body Combat session across the road at Kelvin Hall.