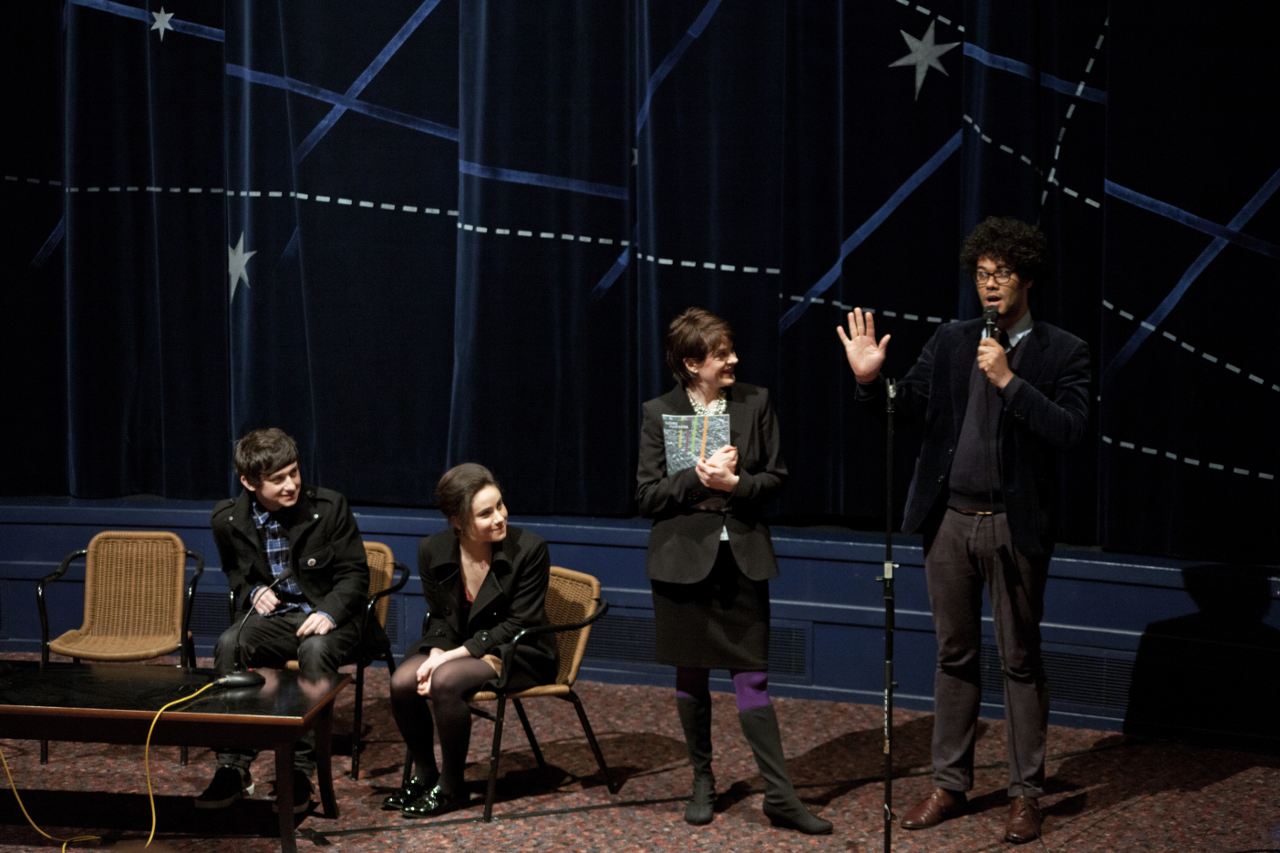 The Glasgow Film Festival (GFF) kicks off this week with the Gala Opening screening of Wes Anderson’s The Grand Budapest Hotel on Thursday (20) – the first of an impressive 60 UK premieres on this year’s programme.

The red carpet will be rolled out at the festival’s home of the Glasgow Film Theatre (GFT) and remain in situ over the following 10 days, with a line-up of international stars, including the likes of Oscar winner Richard Dreyfuss and Python Terry Gilliam, as well as home-grown talent, such as Paul Brannigan and David Mackenzie.

There are 187 events to choose from, before the festival draws to a close on March 2, with the Closing Gala screening of Jonathan Glazer’s adaptation of Michel Faber’s novel, Under the Skin – a perfect choice considering that much of the film was shot in Glasgow, and features unsuspecting Glaswegians, who were captured on film by hidden cameras.

This is a celebratory year for GFF as it marks its 10th birthday, and enjoys the benefits of an additional third screen at the GFT.

In the space of a decade, the festival has grown from humble beginnings to become one of the top three film festivals in the UK. Its emergence and dramatic growth is not surprising though, considering that Glasgow has long held the title of UK’s Cinema City, and Glaswegians as the most avid film-goers in the UK.

Now 10 years old, GFF has firmly established itself as one of the highlights on the Scottish cultural calendar, with this year set to be its biggest and best outing to date with an eclectic and bursting-at-the-seams programme.

This year’s diverse and relevant focus strands include ‘Cinechile’, exploring the resurgence of film-making in Chile, ‘Game Cats Go Miaow’, ideal for gamers who love their movies and ‘1939: Hooray for Hollywood’, showcasing Hollywood’s golden year. Each of the Best Picture Oscar nominations from 1939 will be screened during the festival, including Gone with the Wind, Stagecoach, Of Mice and Men and Mr Smith Goes to Washington. Serendipitously, 1939 was also the year that The Cosmo Cinema opened on the site where the GFT now stands – yet another cause for celebration!

The Events and Pop-up Cinema strand returns this year, building on the festival’s reputation for curating unique ‘total cinema’ experiences. Examples include The Fog, screening on The Tall Ship, and a Monster Mash Ball and screening of Young Frankenstein at Kelvingrove Art Gallery and Museum.

So where to begin? The abundance of choice at festivals can be debilitating but it can also be liberating, taking you back to a more youthful and open mind-set that existed before your decisions on what films to watch shrunk to only include those that you would definitely like, or at least, should have seen. So just pick up a programme, get the highlighter out and choose a couple of things that intrigue you. However, if this ‘hit or miss’ approach to cinema-going doesn’t suit you, then check out my top ten pick of the fest for inspiration:

Visit glasgowfilm.org/festival to view the full programme and to book tickets.