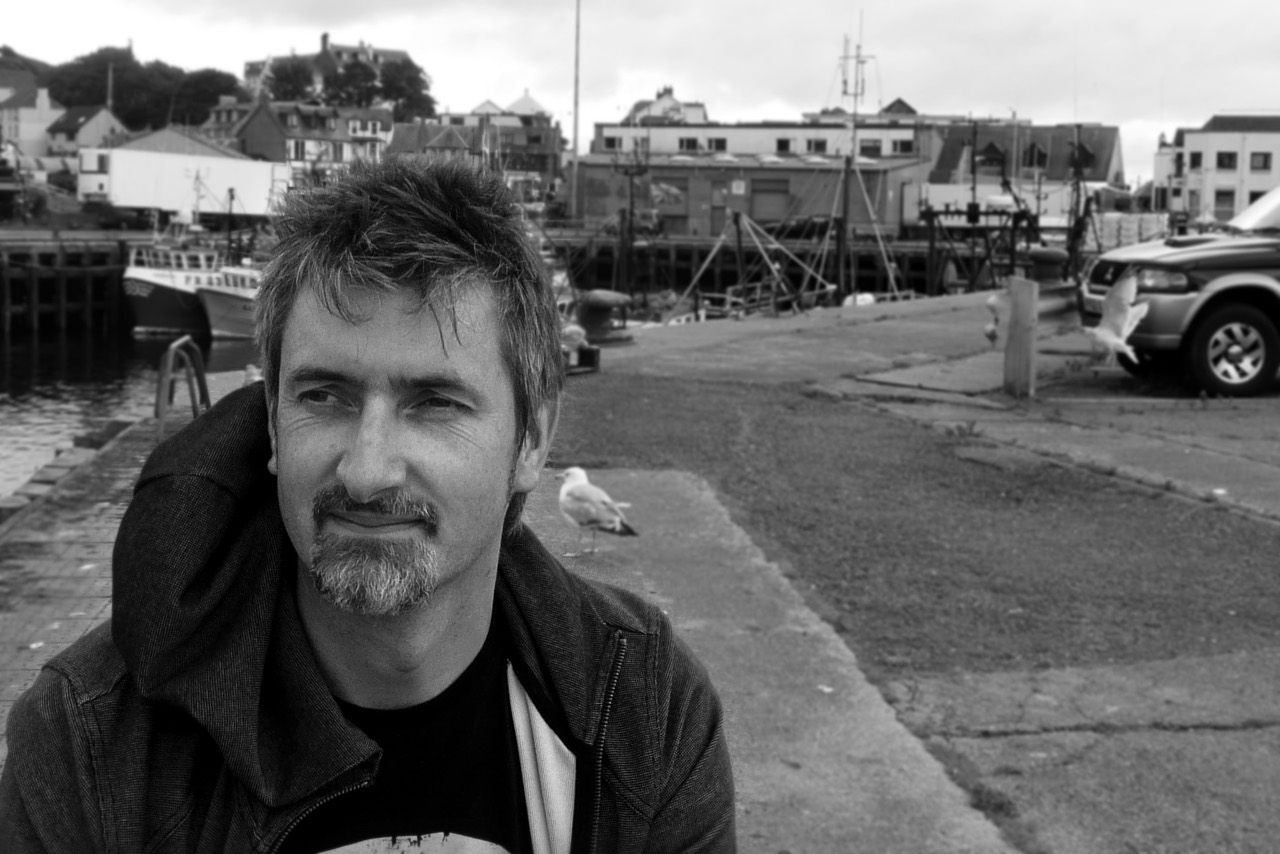 To a fearful child, the sight of that hulking black mass out in the Sound was paralyzing. Why do they do this? What is wrong with them? I play in sand and wave, with brothers; they lurk offshore aboard nuclear terror, threatening all that is dear to us.

From an early age, the Campaign for Nuclear Disarmament was part of my life. Faithless, that forked symbol was my practical, protective talisman. Bearers of it wore bright colours; they smiled easily; they patted my small, worrisome head. Kindness radiated from them – strongly detectable by my oversensitively-crackling merit counter.

SNP and CND went hand-in-hand: the same people, the same meetings, the same cheaply-printed literature. I now realise how much I underestimated my parents’ radicalism. My father had broken with the grim, serried unionism of the Presbyterian church; my mother, with the conservative, authoritarian mindset that her Highland Gael father had attempted to instil, during her upbringing in Devon.

Had I realised the extent and moment of their bright ambition for Scotland, and had I looked beyond the cobwebbed historical symbolism that so bored me, I might have become involved sooner. As it turned out, the false radicalism of pop music was a much stronger early draw – ‘I am an anarrchaisst!’ (Well, maybe for now, John, but sometime after the road stops rising with you it’ll be the butter ads that pay the bills.) Sure, my parents’ revolution was a hard-to-spot slow-burner, but it was fuelled by much sterner stuff.

Now a married man, my residual (a)political posturing fell away as the devolution referendum loomed. This was real. It brought out the pragmatist in me, and I threw myself into the campaign. Without the widespread influence of the internet, however, it was an eerily quiet one. With only the flaccid mainstream media to turn to for information, I felt isolated – forced to thole the bombast of the banking fat-cats and other professional naysayers and miserablists who sought to wreck the fragile hopes of the Yes Yes community. They failed to do so. For when it mattered, the stalwarts were there, quietly, firmly making the case. They welcomed me in, providing encouragement, training and context. Together, we reasoned, we persuaded, we won.

My years of campaigning for an SNP government brought me into contact with politicians. Most came across as ordinary people, with very few airs or affectations. Much as I respected that – and their professionalism and commitment – I knew that I was not like them. I was too raw, volatile and troubled. Existential questions were tugging at my intellect. They would later turn me inside out, and make me a writer.

Activism, however, is a habit not easily broken. For some, it’s virtually a calling. There I was, bobbing along like a cork (probably from a bottle of cava) on a fathomless ocean of philosophy-of-identity, when the currents of activism and pragmatism began to draw me back to the independence movement.

My anti-statist friends (mostly Americans) struggle to understand it. But I’m working on them. And I see where they are coming from. They wonder why a futurist technoprogressive like me would have any regard for the statehood dreams of generations past. They wonder why we would wish to create new borders in this increasingly interdependent, ‘globalised’ world. Anti-statism is fun, in that it is, in some sense, anarchic. Nevertheless, it is also rather childish. They cry for change and the dismantling of government, but fail to explain how the resulting neoliberal morass would provide for the well-being of the newly-‘liberated’. It is a fixed view, where individuality is always paramount. Philosophy, however, tells us that it is no such thing. Identity is always mutable, and often deeply compromised. This applies just as much to nations as it does to people.

Empires are ugly structures, and we should be done with them. The naysayers still use the old weasel-word double-speak of ‘togetherness’, but the truth is that we can be far more together with the rest of the world as an independent nation than we ever could as part of this fatally-compromised ‘union’. Why? Because by voting for independence we will be grasping the plasticity to think ourselves anew. We will be bursting the filter bubble that has limited the scope of our possible connections for so long. Let them call us ‘nationalists’; they have no idea what we really are. The dimensionality of politics in Scotland has blossomed, leaving the Flatlanders of old Little Britain scratching their heads and failing – miserably – to abstract.

The optimism of our movement is well recognised. But there is also a kindness in what we seek. Though we must look to the future, we should remember that this movement was built upon the tireless efforts of generations of Scots with the heart to care and the vision to imagine something better. We must not let them, or ourselves, down. The flags and symbols were only ever something to rally behind; what we really seek is a mindful nation. In such a nation, we – the citizens – have autonomy, but we also recognise strongly our responsibility to provide for the needs of others: we strive – always – for equality and liberty, no matter how inconvenient or uncomfortable that may be.

The complementary aspect of a mindful nation is, however, harder to grasp: we must recognise that the new nation that we will build will not – in any sense beyond the abstract – exist. Like personal identity, it will be merely a useful illusion with which we can get things done. Why must we recognise this? Because thinking that a nation is something more than this can lead to old-style arrogance and inflexibility; to diktats and posturing; to viral mutation of laws, towards suspect ends; to arming beyond the teeth with hulking weapons of mass destruction. And we know how unpalatable – and how very frightening – those things can be.

Further info:
D.J. MacLennan is a futurist thinker and writer. He lives on the Isle of Skye.