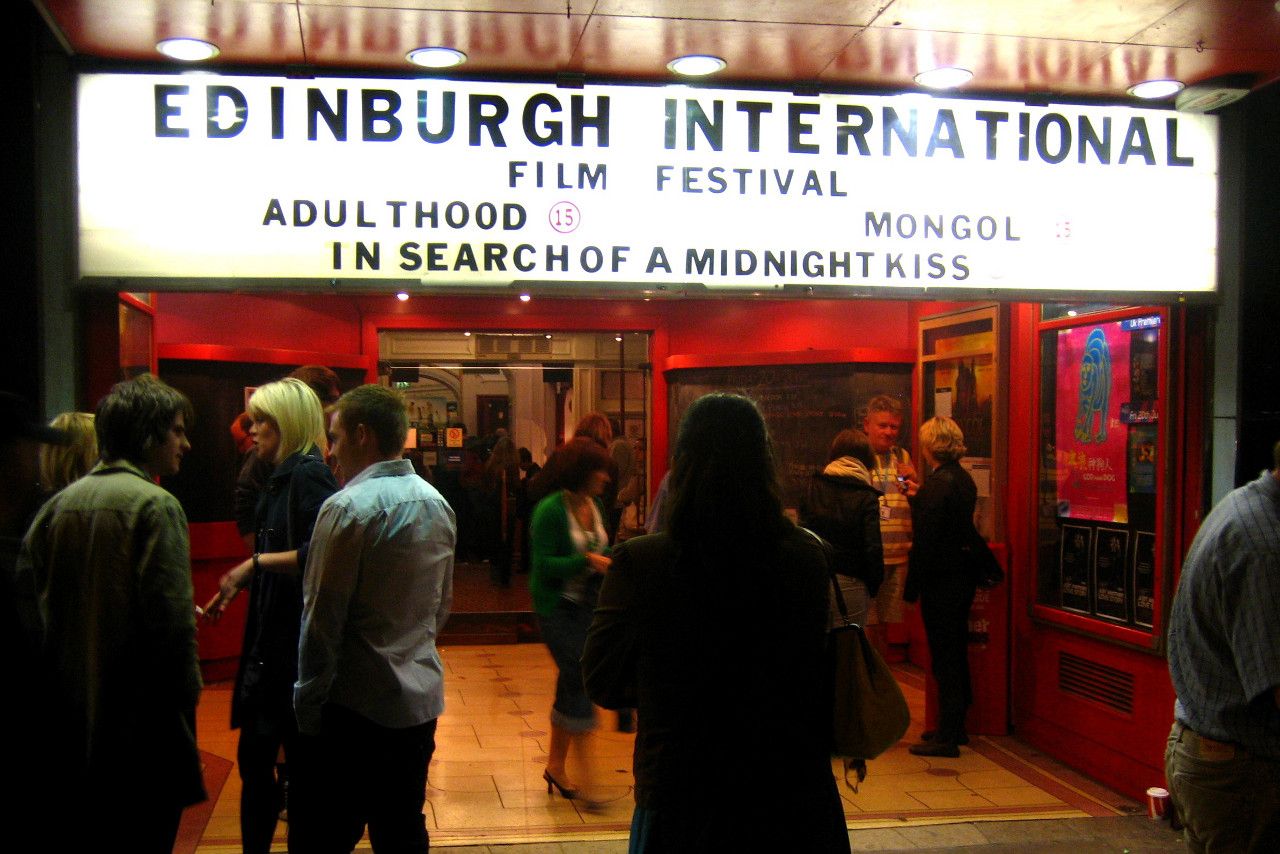 As the 2014 Edinburgh International Film Festival (EIFF) nears its end, now’s a good time to take a look at the rest of the country’s eclectic film festival scene, which is so vast and varied that even the most ardent of cinephiles could not be left wanting for more.

EIFF is known to have had a couple of down years of late, but this is excusable when you consider that it is the longest continually running film festival in the world; and all signs are pointing towards it being more than back on track.

It is also unique in the nation’s film festival circuit, as it is not solely audience driven, but plays a crucial role in the UK and international film industry, attracting global film distributors looking to discover new talent.

This differs from the Glasgow Film Festival (GFF), which, as Scotland’s biggest festival (in terms of admissions), purely aims to entertain audiences and attract more visitors to the city. They serve different purposes and like the cities they exist within, they complement one another perfectly.

Chances are you’ve been to either EIFF or GFF, but did you know that Scotland is home to over 30 film festivals? And more are popping up each year, with two new additions in 2014 alone – Art Screen, Glasgow, dedicated to arts documentaries, which had its inaugural outing in April, and Aberdeen Film Festival, which opens for the first time this October.

As a film lover, I can’t imagine a more enjoyable way to explore Scotland, than heading off on a road trip to take in all (okay, some) of the country’s film festivals. Why not challenge yourself to pick a film festival that you didn’t know existed or one that takes place somewhere you’ve never been before and give it a go?

Here’s an outline of film festivals that take place in Scotland (sorry if I’ve missed any, feel free to add any omissions in the comments). Broadly speaking and for the purposes of easy reading, the festivals are divided into two categories – location-defined and theme-defined.

EIFF and GFF may be the best known film festivals on the country’s cultural calendar, but, surprisingly, there are only two others based in cities or large towns – Inverness Film Festival, which will have its 12th outing this year and new kid on the block, Aberdeen Film Festival. Meanwhile, film festivals are thriving in smaller towns, rural areas and the islands.

Scotland’s most northerly festival, Screenplay (August/September) takes place in Lerwick, Shetland. Curated by pre-eminent film critic Mark Kermode and his film professor wife, Linda, it draws quite the line-up of special guests, with Jason Issacs and Bill Forsyth recent attendees. Taking place at the same time of year, but at the opposite end of the country is Berwick Film Festival (September). The 2014 festival will address the theme Border Crossing, exploring border identities all over the world. What a perfectly chosen theme, considering Berwick-upon-Tweed’s history as a ‘debatable territory’ and the fact that this year’s event will take place during the week of the Referendum.

Two rurally located and unique festivals worth highlighting are Cromarty Film Festival (December) and TT16mm Film Festival in Tarbert (August). Cromarty in the Highlands, which has a population of less than 1000, holds screenings in an array of charming venues from breweries to sheds to stables. Last year’s opening event projected a film onto the side of a Lighthouse, with mulled wine and whisky available to keep attendees cosy. Whilst Tarbert, which has a population of just over 1000, hosts an annual festival of 16mm prints of classic films projected in the salon of a 1920s Dutch barge.

Other location based film festivals include:

There are a plethora of film festivals in Scotland, which wholly dedicate their programme to a niche subject or genre of filmmaking. Two notable festivals, which are on the opposite ends of the genre spectrum from one another, are the Hippodrome Festival of Silent Cinema, Bo’Ness (March) and the Alchemy Film and Moving Image Festival, Hawick (April).

Scotland’s oldest purpose-built cinema, The Hippodrome provides the perfect venue for the country’s only silent film festival. Paying tribute to the era in which the Hippodrome was born, the festival screens silent movies with live musical accompaniment. Meanwhile, Hawick’s international festival of experimental film and moving image choose the theme of ‘Dreamland’ for their 2014 outing. Films that explored the natural world as a place of dreams were screened, with such explorations then discussed in relation to the dreams of a Scottish homeland to coincide with the year of the referendum.

There are a few themes that are so popular that multiple festivals have sprung up dedicated to covering such topics – horror, outdoors and making a difference.

Horror fans are well catered for with Frightfest, Glasgow (February), Dead by Dawn, Edinburgh (April) and Dundead Horror Film Festival, Dundee (May). As a horror enthusiast myself, I can attest that fans of the genre can be obsessive in nature. Recognising this, each of the festivals operate passes to allow people to see as much gore, thrills and chills as possible, and host all-night screenings showing 3, 4 or 5 films back-to-back.

Manipulate, Aberdeen and Edinburgh (February)– Innovative visual theatre and film from Puppet Animation Scotland.
Kinguisse Food on Film Festival (February) – The screening of exclusively food related films, alongside cooking demonstrations.
Italian Film Festival, Edinburgh, Glasgow, Inverness, Dundee and Kirkcaldy (March) – Screening the greatest Italian films of the year, as well as timeless classics.
Middle Eastern Film Festival, Edinburgh (May) – Promoting Middle Eastern cinema with a focus on a different country each year.
Africa in Motion Film Festival, 10 locations across Scotland, from the Isle of Skye to Dumfries (June/July) – Showcasing the brilliance of African film.
Scotland Loves Anime, Glasgow and Edinburgh (October) – A celebration of Japanese animation, with an emphasis on supporting local young animators.
Play Poland, Edinburgh and Glasgow (October) – Increasing awareness of Polish cinema and creating opportunities for Poles abroad to keep their national culture alive.
Luminate Festival, various locations (October) – A full programme of culture, including film, aimed at aging audiences.
Discovery Film Festival, Dundee and touring (October/November) – Aimed at children and teens.
DANCE: FILM, Edinburgh (November) – Showcasing the synergy between the moving image and the moving body, with complementary dance workshops.
French Film Festival, UK-wide taking in Glasgow and Edinburgh (November) – For Francophile cinephiles.
48 Hour Film Project, 120 cities worldwide, including Glasgow, Edinburgh, Dundee and Aberdeen (various dates) – Teams are assigned a line of dialogue and a genre and then given 48 hours to create a film, which will be shown in a local cinema.

So, it’s pretty safe to say, that no matter where you live in Scotland and whatever your taste in films, there is a film festival out there for you.