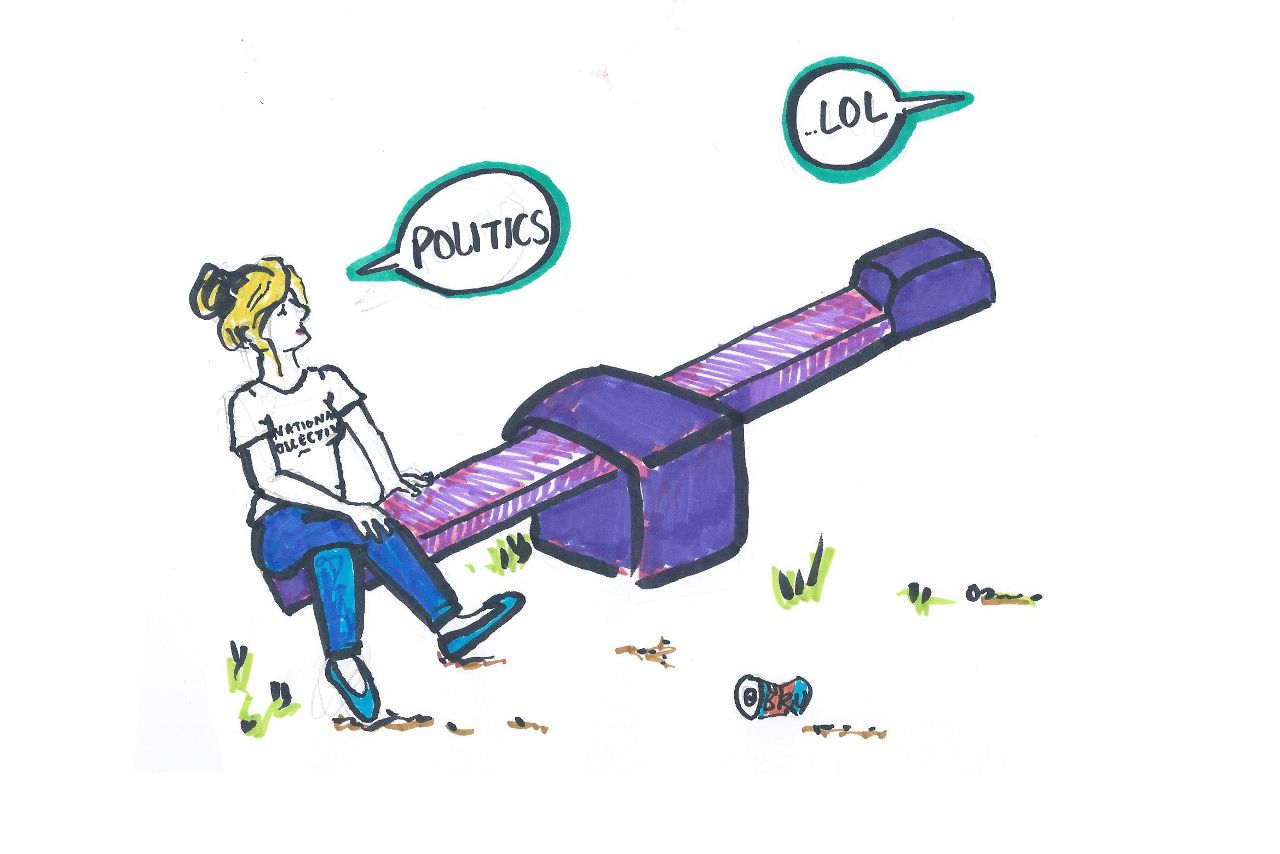 The feminist independence voter; if there was a conversational playground, they wouldn’t be popular. They’d be weighing down one end of a lonely see-saw. They’d look up from their low perch at the empty seat opposite “so, did you hear the one about privatising child protection?” After registering the unsurprising lack of an answer, they’d sigh “it’s ok, wasn’t funny anyway,” and watch as an empty can of Irn Bru rolls by (surely the Scots tumbleweed).

At this point it’s shh or shout.

Shh: Get off the see-saw and smile, sweetie. You’re so much cuter when you’re undecided.

Shout: Get off the see-saw and persevere – you might find more pals in arms than predicted.

I’m not sure if I’m a shh or a shout. Hell, maybe I’m a shhOUT. What I did find at the swings and the roundabout were some discouraging commonalities in communication. And I’ll admit… sometimes the old see-saw seat looked comfy.

Observation No.1: You face casual accusations of hate.

David Cameron, what an anglopenis. The only reason I don’t vote Conservative is his Saxon dick. Ugh. You do the discussion dance:  heads cocked as you tickle away any blinkered preconceptions of your cause, sensitively plant some policy kisses and lavish them with licks of literature before finally thrusting the prospect of equality in their face. Yet still you’re met with a simple “so you’re anti *insert entire populations here*.” Anti indeed, anti climax that is.

Observation No.2: You must be a troll.

Aaaalrighdy folks quick quiz. Question – what do the terms ‘Feminazi’ and ‘Cybernat’ have in common? Correct! You guessed it, these words unjustifiably reference violent nationalism, name-calling designed to demean your opinions swiftly whatever they aaaaare! Yeah, like a great big “because.” after a “why?” only with more of a surefire Hitler-feel. As the information source that set you free from BBC bars and a Daily Mail diet comes back to shut your beak, you wonder if the internet is the cage or the key.

Observation No.3: You need to lighten up.

Get a sense of humour and give in already.

The argument was always intended to continue. ‘OK’ certainly wasn’t the original aim so why suddenly settle for could-be-worse. This classic has an older cousin. The slightly wiser (but no less annoying) relative asserts that alongside issues abroad, any discussion is invalid; how can we possibly debate gender inequality in Britain with female genital mutilation so frequent in Somalia, how dare we mention poverty in Britain when such a high percentage of people live below the poverty line in India. NO discussion is invalid.

Observation No.4: You are cuffed to celebs and symbols. 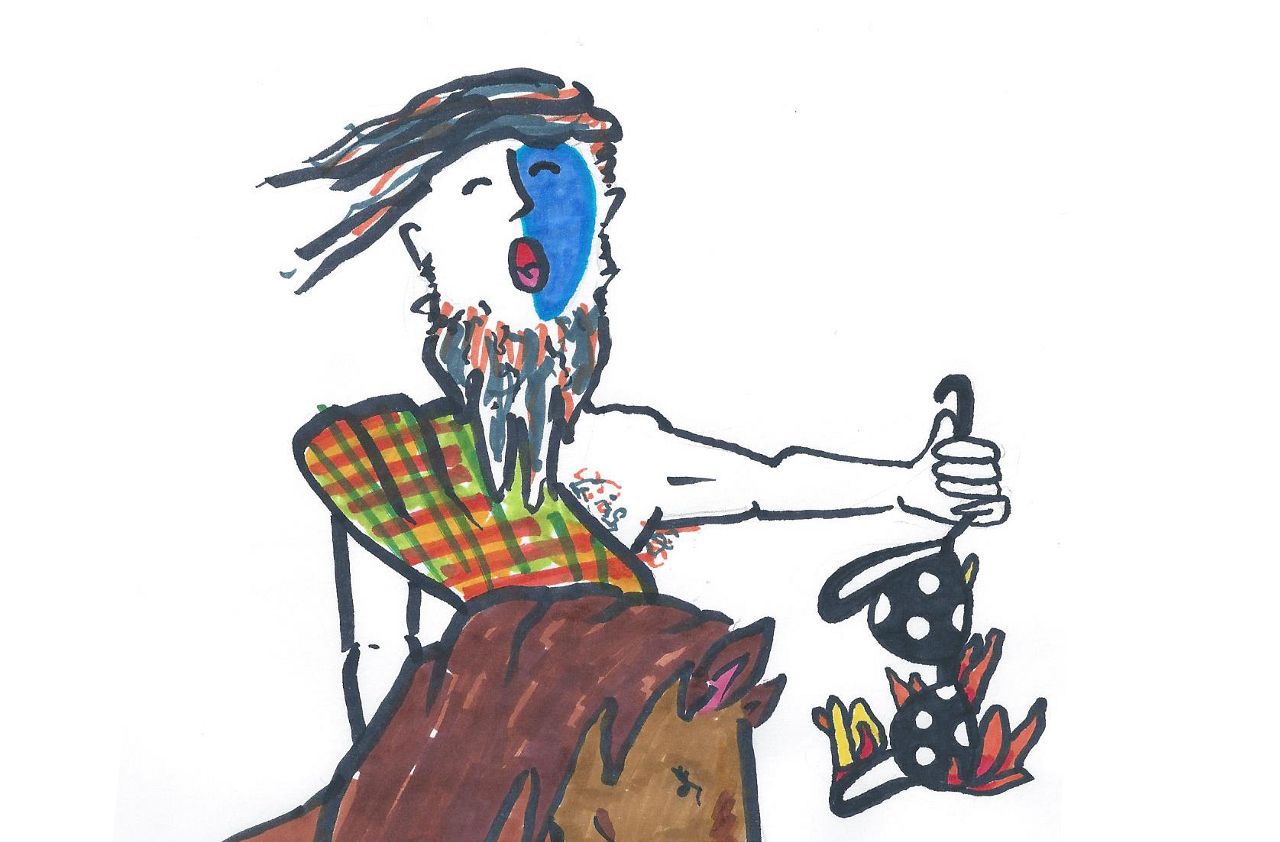 J.K. Rowling drops Potter and picks up politics, Beyonce picks up feminism and drops a TED talk in her lyrics. The reception is wild: they feel the hate, they feel the love, they’re over-analysed and under. They are inevitably brought up in your near future. Next, let’s talk Braveheart and burnt bras. A face painted blue and breasts hanging loose.  If you can patiently pick your way back through bad jokes and bias, these symbols did once have reason. Now warped and devoid of meaning, they are mocking cartoons, seemingly purpose-built  to censor expression. Sound familiar? Carry me back to my see-saw.