The example set by a nation voluntarily ridding itself of nuclear weapons cannot be underestimated. The United Kingdom, while publicly claiming nuclear weapons keep the country safe, essentially uses them as a means of maintaining international prestige and as a bulwark against any future move to remove them from their permanent status as members of the UN Security Council. In removing Trident from Scottish territory this is a tacit rejection of such 19th century power politics in favour of a more common-sense approach to disarmament and internationalism.

The current negotiations with Iran on her nuclear programme are slightly hamstrung by the hypocrisy of five of the six members of the contact group having nuclear weapons and making little or no attempt to disarm themselves, despite the Nuclear Non-proliferation Treaty explicitly stating that they should do so. With nuclear armed states on earth so scarce there are precious few opportunities for nations to set an example and stand up for disarmament. Scotland has this opportunity and should take it.

Is there a better way to announce your re-emergence onto the world stage? Ditching post-imperial notions of great power status and meaningless mantras such as “punching above our weight” will normalise international relations for the people of Scotland. Becoming a modest, constructive partner in world affairs allows Scotland the opportunity to aspire to emulate the likes of Norway’s diplomatic success in 1991 in getting Israel and the Palestinians to sign the Oslo Accords.

This example highlights the power of small independent states to make a telling impact on world affairs. Precisely because of Norway’s lack heft or hard power it is not seen as a threat and can therefore offer itself as an intermediary in conflict situations.

It is not about breast-beating prestige, it is about being effective.

3. A softer voice can be the one that is most heard.

The UK’s delusions of grandeur and fight against post-imperial decline lead to a fairly arrogant and pushy foreign policy. Shedding ourselves of such pomposity will foster a far more amenable environment with other nations making beneficial co-operation more likely.

The UK is very keen to portray itself as a world power and takes a strong line on issues in order to maintain its influence, or perceived influence, with the United States and be seen to be a global force. By removing itself from this mindset and becoming a smaller, more internationalist actor an independent Scotland could become an important member of the global community.

4. The unique opportunity afforded by saying, “We are different”.

Remember Iraq, the invasion of which was sold to us, amongst other methods, as necessary to keep us safe? The direct result of that folly has been to create a hornet’s nest of some of the most extreme anti-western fanatics ever witnessed. The recent raising of the threat level in the UK is a timely warning that the likes of Islamic State and Al Qaeda view the UK as a legitimate and important target in their global jihad. An independent Scotland would stand firm in the alliance against such forces of extremism but would have the opportunity to take a more respectful and less arrogant view of the world. This would serve to move the fierce glare of focus, currently placed upon the UK and US, from Scotland by these organisations.

A declaration of independence will be such a demonstrable distancing of ourselves from the US/UK axis as to almost instantly make Scotland a safer place. Furthermore, this act would immediately cause some nations to be more amenable to dialogue with Scotland thereby opening up the many positive outcomes that can spread from this.

5. This is how to do it without violence or bloodshed.

Image from the Scottish Government

Following independence both Scotland and the remainder of the UK will stand as shining beacons to the world as to how to manage a peaceful transition to self-determination. Cross words, rather than crossed swords (the odd egg aside) have been the extent of hostility, the world should be, and will be, impressed.

We can, with our rUK friends, export this to the world with pride. While not necessarily a trouble-shooting double-act touring the world helping states manage calls for self-determination, the example set will allow both of us to speak with authority, both practical and moral, on such matters. For all of its problems and difficulties the manner in which South Africa transitioned from apartheid is rightly remembered and admired. While fundamentally different circumstances, the eyes of the world are on us and they won’t forget either Scotland nor our friends in England, Wales and Northern Ireland, and how we have managed this process so magnificently.

In the tumultuous world of international relations such civility will be admired, appreciated and welcomed. 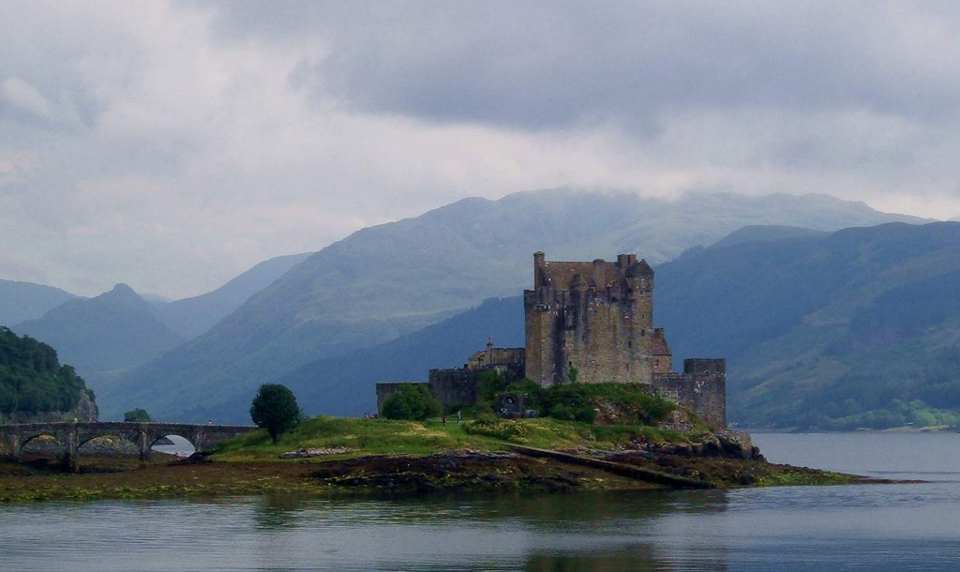 The world knows who we are and, if you’ve been on holiday abroad you will know, the world loves us. Some of the imagery may cause a shudder at times but you can’t underestimate being instantly recognised from Beijing to Buenos Aires; we’ll be back and the world will welcome us with a smile and maybe even a trade deal or two.

The reason for this is probably complex but, rather than try to get to the bottom of why we find ourselves in this enviable position, we should accept it with wide-eyed glee and make the most of it. Clearly we must be careful as the smug wha’s like us attitude would wear thin very quickly. Instead, a modest approach that builds on this door-opening goodwill will allow Scotland to rebuild its international networks, conclude mutually beneficial trade deals and constructively engage in international organisations.

We may blanch at the tartan, shortbread and haggis view that many have of us but we already exploit that to great effect; as a full member of the international community we can take that a stage further before adding a modernising twist, perhaps with life sciences, renewables and education.

7. A seat at the top table in Europe Paradoxically this is what unionists will have you believe we will be losing by gaining our independence. However, we will actually get to sit at the EU table rather than watching on TV in the next room (this actually happened to a Scottish minister when part of a UK delegation). We can participate in decisions that affect crucially important industries rather than asking someone to remember what we’d like when they go to Brussels. Unlike the UK’s grudging attendance we will actually be there as willing participants, something which will gain us great appreciation from our partners from day one.

Willing participants are much more likely to gain favourable compromises than surly malcontents constantly sniping from the sidelines. Current UK attitudes to the European Union only serve to irritate our partners making it less, rather than more, likely for decisions made for Europe as a whole to meet the UK’s wishes. An active, positive and engaged Scotland would start its renewed membership of the EU with many advantages over its current situation.

8. If the UK leaves the EU we are perfectly placed to pick up some juicy morsels The rest of the UK will have a referendum to decide whether to leave the EU in 2017. Without pro-EU Scottish votes they could well withdraw. Where will non-European multinationals look to relocate their London headquarters to when they lose access to 500 million customers? At present many US companies have their European bases in and around London. Should they find themselves suddenly cut off from the European single market they will very quickly start to look for a base within the EU. The advantage of speaking the same language cannot be underestimated; together with Ireland, Scotland would be in prime position to attract these companies to re-locate their EU headquarters.

Far from “throwing up borders” as unionists argue, Scotland’s continued membership of the EU could, in the face of the withdrawal of the rUK in a few years time, be an incredible advantage.

9. We have the brains, and some of the best brain factories Per head of population Scotland has more world leading universities than any nation on earth. The likes of life sciences already attract world-wide expertise, with greater focus Scotland can become an intellectual hub, spinning off successful hi-tech companies to drive economic growth and diversifying our economy for future generations.

Furthermore, we already attract some of the world’s brightest to study here, if we have the power to convince them to stay and utilise their Scottish-honed skills to the benefit of our economy, and their personalities to Scotland’s wider cultural wealth, we will all truly benefit. California’s Silicon Valley shows what can be achieved if policies are set not to pander to tabloid fears of scary foreign scroungers but to attracting the world’s best.

Scotland already has the infrastructure in place, all it needs is the spark and the power to ignite a second enlightenment. We will have our own Eurovision entry. The Proclaimers will win it.