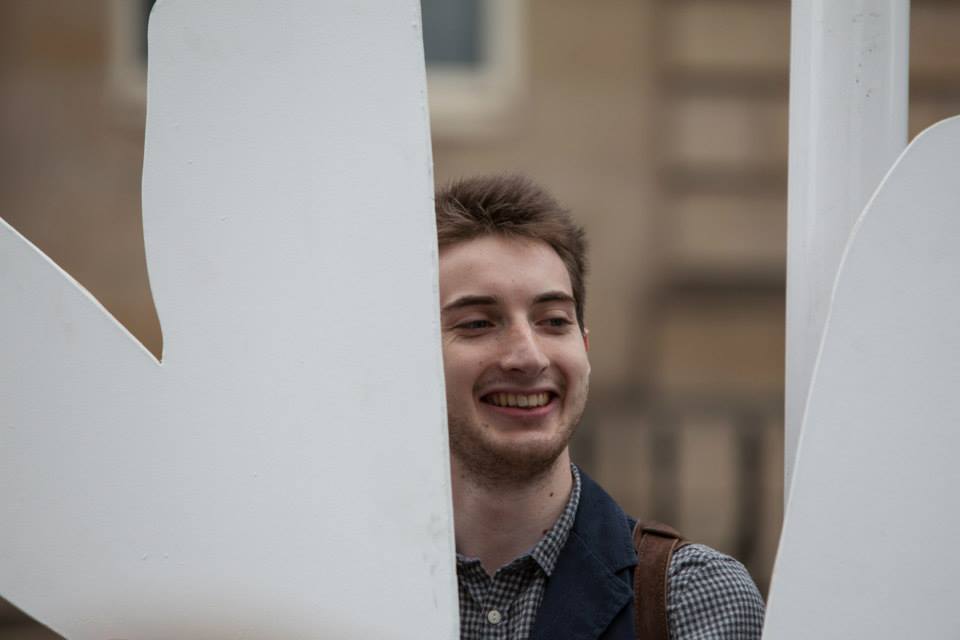 I came to Scotland in 1999 at the age of seven. It was the year the new Parliament opened on the Mound in Edinburgh, soon to be relocated to Holyrood and reopened to the immortal words of Edwin Morgan: “Dear friends, dear lawgivers, dear parliamentarians, you are picking up a thread of pride and self-esteem that has been almost but not quite, oh no not quite, not ever broken or forgotten.” Something important, something I was too young to understand was taking place in my newly adopted country and the whole event, although noticeable, regrettably passed me by. This episode, amongst others, is why I believe so fundamentally in the need to grasp this momentous time in our history, to be glad of the opportunities it offers and to utilise that vitality for life to our advantage by dreaming bigger than we ever thought we could.

Too few people, however, believe in their right to participate. Politics is done “somewhere else” by “other people”. We don’t see ourselves in the process of democracy because those in power are so unlike us. Scotland is a place things happen to, rather than a place we make things happen ourselves. No wonder we are stereotyped as a nation of pessimists. Those who strive for change we call romantics. The system has turned stale and so have we.

When the Nigerian poet Ben Orki visited Scotland in the last century he said: “It is impossible to miss the contrast between the architecture of the castles, magnificent and incantatory, and the strange restrained air of the people.” This is a crisis of confidence running throughout Scottish society; one which has broken that vital and natural relationship between people and their surroundings. And yes, sometimes it takes an outsider’s perspective to see things as they are.

Coming to Scotland in 1999 from the Middle East I was an outsider, and I took comfort in knowing Scotland would be, I was told, similar in almost every way to England. England and Englishness were familiar ideas; Scotland was frankly exotic. But then came Edinburgh, and the Castle, and the Military Tattoo, and fireworks and street upon street of tenements and people with voices I hadn’t heard before on television or radio. England didn’t look or sound anything like this. Almost as soon as I realised Scotland was a unique and different place I decided it should be recognised and celebrated as one, and that is what later led me, naturally, to Scottish independence.

It is not the same, as some have suggested, as Yorkshire or East Anglia or any other English region declaring independence. Scotland is a nation. We are not drawing a border; it’s already there. We’re asking for nothing but a mutual acknowledgement and respect for that entity, and for our thoughts and ideas to be valued by governments which represent us as a people. We deserve nothing less than full and equal status in the world’s community of nations. No amount of lacklustre promises or half-measures to delay that equality of status will satisfy our demands, which grow louder by the day.

The achievement of independence will be nothing short of a triumph of hope over fear. It will be a definitive marker of self-confidence, popular sovereignty and people power against the scaremongering and conservatism of the state and media. The one side begs Scotland to have faith in itself, talks of rebirth and renewal; the other is desperate to keep national confidence low and talks only of incapability, undeservedness, disaster, destruction, Sodom and Gomorrah. But as the saying goes: Those who say it cannot be done should not interrupt the people who are doing it.

The vote is upon us and Scotland is on the brink of one of the most peaceful, hopeful, optimistic revolutions in modern history. It’s time for Scotland to pick up the pen and articulate itself in its own words; it’s the only way we will ever defeat the amentality and passivity which has left us so alienated from ourselves, and so unsure of our collective abilities to begin with.

As the civil rights activist César Chávez once said:

So imagine winning. Imagine a Scotland reinvigorated, revitalised, new, confident, self-assured. Imagine telling future generations we won against all the powers of the state and media because we chose to have a little faith in ourselves. The story alone is worth the fight.