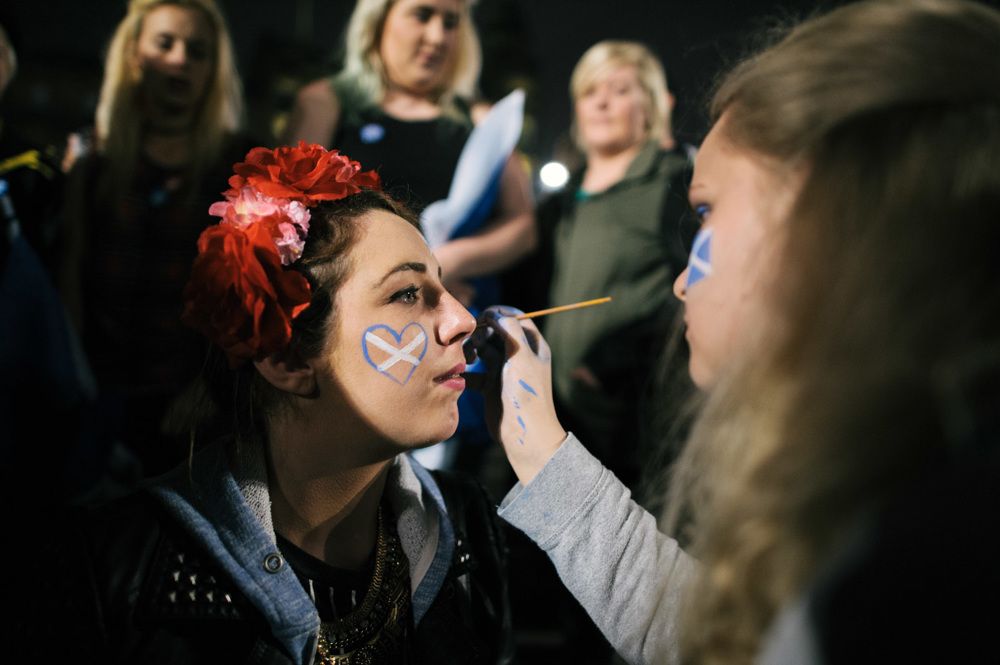 In a recent Contemporary Scotland class at the University of Edinburgh, our discussion centred on the theme of Scottish identity. Naturally, only some months after the independence referendum, we had a lot to say. When asked to identify symbols of Scottish identity, the only American in the room finally intervened, “Well I guess you guys have your own food, like haggis.” Presumably, the remark was to be taken humorously, but it nonetheless raised an important issue about the role of symbols within national identities.

Like it or not, our understandings of national identities frequently revolve around particular realities that come to symbolise national identities as a whole: food, clothes, flags, anthems, hair-colour, music, landscape etc. It seems improbable, but a popular image of Scotland is (for many outside the country, at least) haggis, kilts, bagpipes and Glen Coe. Of course, for those inside the country understandings are more sophisticated. Still, Scots sometimes revert to an identification with symbols when placed in contact with an ‘other.’ This not only takes place in international sporting events, but can also occur when Scots go abroad – kilts are often seen on foreign streets, or loud exclamations about Scottish drinking abilities are heard in foreign bars!

But, an attachment to symbols is problematic. Symbols generalise. They force identification down narrow lines, or exclude those who don’t fit. Stretched to oversimplification, they glaze over the subtleties of a locality’s or an individual’s relationship with them. They are subject to the traps of stereotypes.

Yet for me, the achievement of the Yes campaign (and the independence referendum more widely) has been that it has shown the complete inadequacy of symbols in an understanding of (any) national identity. Instead, the campaign has provided Scots with a collective identity-shaping experience. Political involvement, therefore, is integral to identity. Indeed, the referendum is part of a longer story that includes the 1997 devolution, which has led to a greater politicisation of the Scottish identity (especially for my generation, grown-up in a devolved Scotland). Nevertheless, identity is not purely political…

Analysing Scottish identity after the referendum can allow us to re-evaluate symbols. Food, music and landscape are still part of the Scottish identity – the independence referendum showed that. Most of us experienced or encountered features of the campaign that used music, literature, art, food or landscape to engage in the political process in distinctive ways: people interacted with the campaign on a personal level. The referendum showed that Scotland’s political identity runs in tandem with its diverse cultural and social identities; and the record involvement with the referendum revealed the unique complexities and diversities of the Scottish identity. Scotland may have voted against establishing its own country, but it did proclaim its animated and multi-faceted identity.