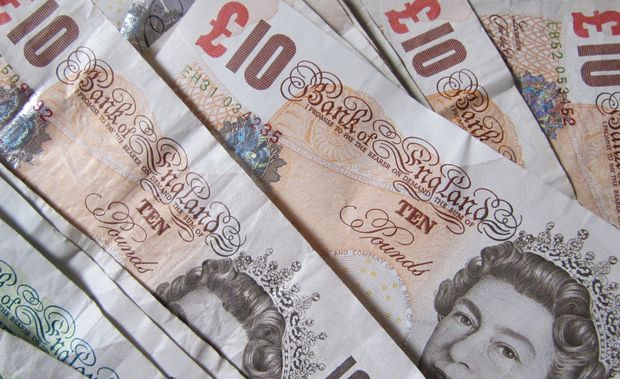 Statement: This article now includes a right of reply from Ian Taylor and Vitol, which was not included in the original publication of the 7th of April, 2013. This reply is now incorporated into this article which is republished once more in full on our website.

Today ‘Better Together’ disclosed £1.1 million of donations to its campaign. Almost half of that sum came from one man: Ian Taylor, a long-term Conservative Party donor and Chief Executive of oil-traders Vitol plc.

Today’s Sunday Herald described Taylor as “a Scots oil trader with a major stake in the Harris Tweed industry”. They also gave Taylor’s views – who is reportedly worth £155 million – print space to justify his funding decision.

This raises several concerns. Taylor, according to The Sunday Herald, is not registered to vote in Scotland. This breaks Electoral Commission guidelines for general elections, which Yes Scotland has promised to follow. Secondly, Ian Taylor has given £550,000 to the Conservative Party since 2006. This is a further case of Tory donors – and their political interests – bankrolling the ‘no’ campaign.

These general complaints, however, are minor in comparison to more serious incidents – unmentioned in the media today – linked to Ian Taylor’s business background.

While Chief Executive of Vitol plc, his company has been involved in shady-deals in Serbia, Iraq, Libya and Iran. Furthermore, Vitol avoided tax to the tune of millions of pounds through an offshore trading scheme. Douglas Alexander, Labour’s Shadow Foreign Secretary, described Vitol’s relationship with Westminster as “curious”, and said there were questions to answer.

As Chief Executive of Vitol since 1995, Ian Taylor has serious questions to answer in all of these cases. Better Together have serious questions to answer as to what they knew about Ian Taylor before they accepted half-a-million pounds from him. Alistair Darling – who recently met with Taylor prior to the funding deal – must also confirm what his position is on the following cases.

In 1996 Vitol paid $1 million to the Serbian paramilitary leader Arkan to settle a score over a secret oil deal to supply Slobodan Milosevic’s Serbia with fuel. Ian Taylor’s director, Bob Finch, used Arkan as a ‘fixer’ after the oil deal in the former Yugoslavia collapsed. Arkan was assassinated in 2000.

Arkan was indicted by the UN war crimes tribunal in The Hague for crimes against humanity. According to The Obverver – which names Ian Taylor in its investigation into Arkan – “his brutality was well documented” when the meeting with Vitol’s representative took place. Arkan’s paramilitaries – ‘the tigers’ – were notorious for massacring 250 patients and staff in a hospital and for genocide, rape and random executions and a campaign of ethnic cleansing.

But even prior to that he was on Interpol’s most wanted list and had numerous warrants and convictions from European countries for his involvement in bank robberies, prison escapes, attempted murder, robberies.

Ian Taylor was Chief Executive of Vitol when Bob Finch, as Vitol Director, went to Belgrade.

Arkan was then indicted with 24 crimes against humanity.

What did Ian Taylor know about his company’s dealing in Serbia and their payment to Arkan? What is the position of Better Together in relation to this? Vitol state that their actions were not illegal.

While Ian Taylor was Chief Executive, Vitol paid $13 million in kickbacks to Iraqi officials under Saddam Hussein to win oil supply contracts. The company pled guilty in a U.S. court to grand larceny in November 2007

Was Ian Taylor aware of his company’s actions at the time? To what extent did his company profit from these deals in Iraq and to what extent did he profit personally from the company’s success? Is Better Together content to accept Mr Taylor as a major funder in these circumstances? Vitol has aknowledged that some payments were made outside the scope of the U.N. oil-for-food program to the National Iraqi Oil Company and have chosen to describe these payments as “surcharges” rather than “bribes or kickbacks”.

At the time of the guilty plea the State Prosecutor  Morgenthau said in a statement – “One outcome of this investigation,… is to insure that illegal funds that were paid to Saddam Hussein’s  government are redirected to benefit the Iraqi people”

Tax evasion and avoidance costs the UK Exchequer tens of billions of pounds a year. EBTs were banned in 2011. Vitol then entered negotiations with HMRC over claims that it still owed millions of pounds in unpaid taxes.

What did Ian Taylor know about the company’s tax avoidance scheme? Even if it met legal requirements, does he consider tax avoidance to be morally just? Is Better Together aware of these claims against the company of its major donor? Vitol state their tax arrangements are legal.

4) Ian Taylor has been accused of improper political donations to the Conservative Party.

According to today’s Sunday Herald, Ian Taylor has donated £550,000 to the Conservative Party since 2006. He was one of the 70 millionaires who paid the £50,000 privilege to join David Cameron’s Leaders Group. Leaders Group membership led, in many cases, to a private dinner with the Prime Minister, which Taylor attended in Downing Street on November 2nd 2011. This was part of the “cash for access scandal”.

Taylor’s political donations have also been criticised by Shadow Foreign Secretary Douglas Alexander. In 2011 questions were raised concerning Taylor’s relationship with Alan Duncan, the International Development Minister. Taylor and Duncan had worked together at Shell. Duncan lobbied for an ‘oil cell’ within the Foreign Office to control fuel supplies within Libya. For this the government received substantial support through Vitol plc. Civil service official were concerned that the behaviour was “encroaching too far on commercial purposes”. According to The Daily Mail, Ian Taylor “profited from the war in Libya” and his company received a $1 billion contract to supply oil to the Libyan rebels. This was described at the time as a “huge conflict of interest”.

The Financial Times on the 5th September 2011 stated very clearly that Vitol made a lot of money from Libya.

‘But taking those risks has catapulted Vitol, a publicity-shy company largely unknown outside the oil industry, to a leading position in post-Gaddafi Libya. “We expect to play a role in the future [of Libya’s oil industry],” Ian Taylor, Vitol chief executive, says.

The wartime trade was as ambitious as it was dangerous. For Vitol, which it is owned by its employees, the risk was heightened because it supplied most of the fuel without upfront payment. The rebel’s plan to swap crude for refined products collapsed in early May after an attack on its oil fields interrupted the flow of oil. With little access to cash, the rebels at one point owed the trading house more than $500m.“It was a gamble, but it was a reasonable gamble,” says Mr Taylor.

Did Ian Taylor gain influence within government for his £550,000? Why was Douglas Alexander concerned about Vitol’s relationship with the UK Government? Is Mr Alexander happy for Better Together to be receiving financial support from the same source? Collyer Bristow, acting on behalf of Vitol, state that there is nothing improper about Mr Taylor’s donations and that any reports connecting their client’s donations to Libya are “spurious” and that they had no involvement in the setting up of the oil cell, nor was there any exploitation of their ‘relationship with Alan Duncan to secure an improper deal’.

5) Iran and sanctions on oil trading

In September 2012, Reuters news agency reported that Vitol had skirted sanctions on trading Iranian oil. According to Reuters, the company purchased 2 million barrels of fuel oil. This undercut Western efforts to isolate the Iranian regime, and brought further attention to Mr Taylor’s close relationship with the UK government.

Vitol claim it was fully compliant with applicable laws and regulations governing trade with Iran and did not break any sanctions on trading oil.

However it is clear from Vitol’s press release issued on the same day as the Reuters article that they did not state that they did not comply with a ban imposed by the European Union on trading oil with Iran because the firm based in Switzerland decided not to match EU and U.S. sanctions against Iran. (link to the vitol press release)

This was described as the ‘Swiss Loophole’in the same Reuters article ‘A spokeswoman for Switzerland’s federal department responsible for sanctions, SECO, said Vitol’s Swiss branch had confirmed it was not involved in the purchase of Iranian fuel oil in July. She said EU and Swiss law did not apply to Vitol’s trading branch in Bahrain.

Is Vitol an ethical company and should Better Together accept support and funding from this source? Vitol claim that they have not broken any sanctions.

Better Together have serious questions to answer

I hope this makes the case for funding alternative media in Scotland even clearer on our path to building a more equal, prosperous and peaceful Scotland.

For more citizens journalism donate to @wearenational at: indiegogo.com/projects/natio… #indyref